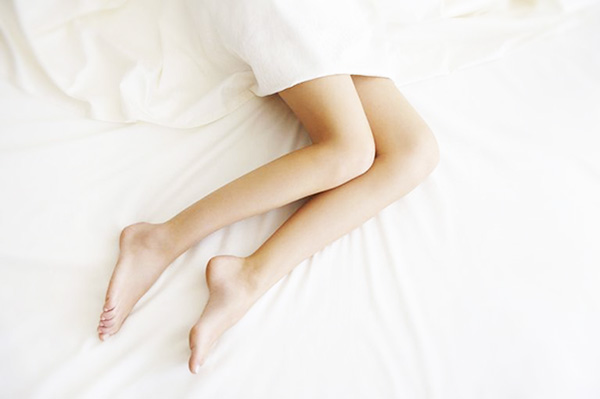 Nutrients You Need for your Growing Hair

Avocados: A Quickie on Preparation, Nutrition and Storage

Restless leg syndrome, also known as Willis-Ekbom Disease, refers to a disorder that cause a very strong urge to move one’s legs. It may give an unpleasant feeling to the person because of somewhat that moves the extremities, in addition to limb twitching. Hence, it may affect the person’s activities of daily living, such as sleep. The following are the causes, signs and symptoms, and home remedies for restless leg syndrome.

The exact cause of restless leg syndrome remains idiopathic or unknown, as per NHS UK. However, the condition is attributed the various factors like dopamine levels, presence of medical conditions, and some triggers to the condition. According to the publication, reduced dopamine levels leads to involuntary movements and muscle spasms. It is added that dopamine levels are lower at the end of the day, which supports observations that the symptoms of the condition are more noticeable and worse in the evening or during the night. The condition may also arise as a complication of various health conditions like iron deficiency anemia, pregnancy, and chronic health conditions like diabetes, rheumatoid arthritis, hypothyroidism, fibromyalgia, Parkinson’s disease, and chronic kidney disease. Restless leg syndrome may also be triggered by factors like stress, smoking and alcohol intake, lack of exercise, and being overweight or obese.

Restless leg syndrome has various symptoms. According to Medicine Net, one is a painful urge to move the lower extremities. As per Health, it is described as itching, creeping, creepy-crawly, pulling, gnawing, or tugging sensations. The person may also experience periodic limb movements or PLMS in sleep; these may occur every 20 to 30 seconds intermittently throughout the night and it may interrupt a person’s sleep. According to the publication, it is one of the chief complaints of people who have the disorder. The symptoms may be relieved by moving the legs and may worsen when the person is at rest.

Restless leg syndrome is usually managed with medications like dopmine agonists and pain relievers. In this regard, remedies can also be done at home as supplemental management to the condition.

One remedy for restless leg syndrome is heat and cold therapy. According to Health Line, the application of warm and cool packs to the muscles helps reduce leg pains associated with the condition. The person may relax the muscles in the legs by soaking in a warm bath or whirlpool, or consider massaging the lower legs before going to bed. Heat application promotes blood circulation, which facilitates oxygen and nutrient perfusion that reduces the pain. Meanwhile, cold application deals with swelling; thus, it also helps decrease the pain.

Another way to deal with restless leg syndrome is adequate sleep. Web MD suggests sleeping a little later and sleeping later in the morning, since the condition interrupts one’s sleep. This way, the person will be able to have a deep sleep. To add, the person should have seven to nine hours of sleep each night, with sleeping and waking up at about the same tome everyday.

Reducing gluten consumption also stands as one of the remedies for restless leg syndrome. According to Capstone College of Nursing professor Norma Cuellar, as cited by Prevention, cutting gluten might have cured some type of autoimmune response going on in their body that had been triggering the condition. The professor added the importance of treating medical conditions like diabetes and hypertension, since they could worse the condition’s symptoms.

Also Read   Check Out These Foods That Promote Good Mood

Restless leg syndrome may be overwhelming for most people who has it due to the unpleasant urges to move the legs, even they are at rest. Thus, it is helpful to consider seeking medical consult from a physician for proper assessment, planning, intervention, health education, and evaluation.

The Best and Worst Types of Food to Eat Before Bedtime

Where to Get Magnesium? The Best Food Sources of Magnesium

The Things You Can Do To Prevent Gout