Plugged ears- also known as clogged ears- happen when there is an obstruction inside your Eustachian tubes. Some known factors that cause plugged ears are: blocked nose, colds, ear wax buildup, sinus infections, water in your ears (this happens when you’re swimming), and allergies. You know you have plugged
ears when your ears begin to feel like there’s a lot of cotton pads stuffed inside it.As a result, you experience hearing problems, severe pain in the ears, dizziness,ringing sound inside your ears, muffled hearing, itchiness, and in some cases, bleeding.

So how do you remove the plug? Here are some remedies that you can do at home:

If your plugged ears are caused by sinus problems, use a nasal spray. The spray will remove the blockage from your sinuses and will unplug your ears in no time.

Pinch your nose. Take a deep breath using your mouth. Exhale or breathe out without opening your mouth. This will remove the plug from your ears. In some cases, you’ll know you’re successful once you hear your ears pop. Of all the treatments for plugged ears, the Valsalva Maneuver is the simplest and most
effective- especially when you’re diving underwater or riding an airplane.

Note-Blowing too hard will damage your eardrum.

Mix one part each of vinegar and alcohol. Lie down and ask someone to use a dropper and drop some of the mixture inside the plugged ear. Put a cotton pad in the ear after. Do this without raising your head. Allow the mixture to heal and unplug your ear. You’ll feel relieved after a while.

A sweet way to remove the plug is by chewing gum or eating hard candy. Swallowing will also help unplug your ears.

5. Flush It Out With Water

Another method to help remove the clog is the water flush. Here’s how:

1. Fill an ear syringe with tepid water. Make sure the water’s not
too hot since you’ll be putting it inside your ear.
2. With the affected ear facing the ceiling, angle your head and gently tug on your ear lobe to widen the opening of your ear
canal.
3. Place the syringe in your ear canal and angle it in such a way
that it points to the back portion of your head. Avoid positioning
it straight inside your ear because you might hit your ear drum. Squirt water into the ear canal by squeezing the syringe slowly. This will immediately remove some of the wax in your ear.
4. Allow the warm water to soften and loosen the earwax. Wait
for five to ten minutes before positioning your head in a different direction to drain out the water and earwax.

This is an effective way to unplug the affected ear. Iron a cloth or
place it in direct sunlight to heat it. Place the hot cloth under the plugged ear.

You can also soak cloth in hot water. Remove excess water
by squeezing the cloth. Put the cloth on the plugged ear for about five minutes. Roughly rub the plugged ear with your palm. Try to
mimic a suction cup by tightly placing your palm on the plugged
ear and then pushing it out. Keep doing this until you feel that the plug has been removed from your ear.

Heat some olive oil and us a dropper to drop it inside the plugged ear. Leave it there for five minutes. Tilt your head to the side (affected ear facing the ceiling) and use cotton buds to gently remove the oil or earwax. You can try using mineral oil or baby
oil as an alternative.

Garlic oil is a known natural solution for clogged ears. Mash two
garlic cloves using a spoon or a knife. Put two spoons of olive oil
in a saucepan, heat it, and then add the smashed cloves of garlic. Continue heating. After a few minutes, remove the saucepan
from the stove and let it cool for a bit. You can lie down or tilt your head sideways and have someone pour the garlic oil on the
affected ear. Let the oil set for forty-five seconds to one minute. Drain the oil after.

Gargle Pour warm water in a glass and mix in one tablespoon
of salt. Gargle the mixture for fifteen to twenty seconds and then spit it out. Keep repeating this until you feel that the clog has been removed from your ear.

Pour a glass of water and some tea tree oil in a pot. Let it boil. Put the plugged ear near the pot and allow the steam to make
its way inside your ear. Repeat this process until you feel relieved. This is an effective way to treat plugged ears.

Softener Mix baby oil and glycerine in warm water. Get the same amount of hydrogen peroxide and mix it in the solution. Lie down
or tilt your head to the side. Make sure that the affected ear is
facing the ceiling. Have someone pour a small amount of the wax softener inside the plugged ear. You will hear the sound of tiny bubbles once the mixture is poured in your ear. When you can
no longer hear the sound, this is a sign that it’s okay to remove the wax softener. You may do this remedy with a limit of three times a day (excessive amounts of hydrogen peroxide may
damage your ear drums).

Note-People with ear infections must avoid this treatment.

Mix equal parts of rubbing alcohol and apple cider vinegar. This mixture will kill the bacteria that may have caused the plug in
your ears.

Note-People with sores inside their ears are not allowed to use this remedy.

With the affected ear facing the ceiling, lie down and ask
someone to use a dropper and drop some sweet oil inside the plugged ear. Wait for five minutes and remove the oil after.

You can unplug your ears by yawning.

There are plenty of over-the-counter ear drops that can
treat plugged ears such
as:

Cerumol: This ear drop has chlorobutanol which is an antiseptic and antifungal medicine. This can remove the clog by softening the earwax.

Care Sodium Bicarbonate: This has sodium bicarbonate which helps unclog your ears naturally.

Similasan Ear Relief: This is a known homeopathic treatment that can help unclog the ear.

Homeopathic Treatments to Remove the Plug There are plenty of homeopathic treatments for clogged ears. These treatments may be used if there’s an infection inside the ear or
if it’s too painful.

Belladonna does an excellent job at treating earaches.

Pulsatilla is a known homeopathic treatment that’s effective in
healing ear infections and removing the buildup of earwax inside your ears. It  can also remove the yellow or green discharge coming from the plugged ear.

This homeopathic treatment helps lessen the pain in your ears.
It also relaxes aching and irritable nerves inside the ears and removes the green or yellow fluid that’s coming out of the plugged ear.

Ferrum phosphoricum, Magnesia phosphoric, Mercurius solubilis, and Aconitum napellus are also homeopathic treatments that you can consume when you have plugged ears.

How can I Stop Plugged or Clogged Ears?

There are several ways to keep plugged ears from happening, and these are listed below:

– Make it a habit to clean your ears.

– If you need to remove the plug from your outer ear,make sure that you’re using clean water.

– If you’re suffering from colds or any respiratory problem, refrain
from diving or swimming.

– Use a soft paper towel or cloth to dry your ears after bathing. 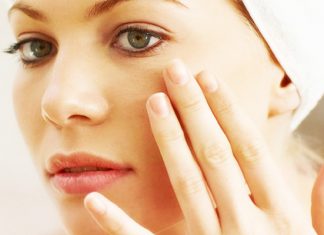 Melinda Hoppernman - November 13, 2017 0
Excessive sun, hot weather, too much face washing, use of skin products with harsh ingredients, stress — all of these can leave the area...

Tips on How to Avoid Overeating at Night

The Importance of Incorporating Protein in Your Diet