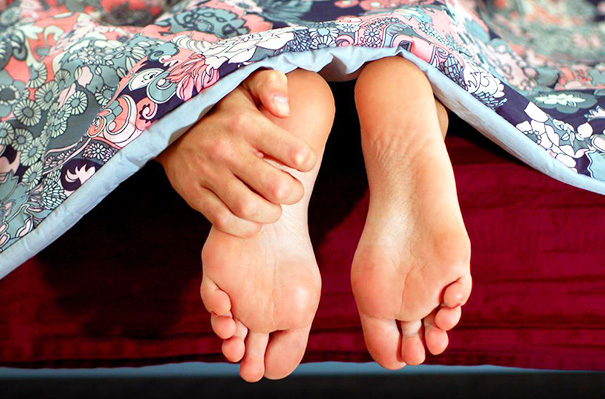 Lose Weight with These Bedtime Hacks

Pruritus is severe itching of the skin. When it strikes at night, it’s then referred to as nocturnal pruritus. Also sometimes known as nighttime pruritus, it’s something that can keep you from having a good night’s sleep. That is not a good thing because we all know the repercussions of failure to get enough sleep at night.

If your skin tends to itch every single time you hop into bed, this article is for you. Read on to know some of the most important matters you need to know about nocturnal pruritus, from its causes to the remedies.

Don’t forget to share this article after checking out its entirety. Some of the individuals in your network may also be experiencing severe itching of the skin at night. They will surely appreciate your act of reposting this article, allowing them to know what they are dealing with each time as they try to pay dreamland a visit.

Are you aware that there are various skin conditions whose symptoms tend to worsen at night? One of them is pruritus itself. Experts say that this is primarily due to the chemical and hormonal changes taking place at night.

However, there are a bunch of other things that can be blamed for nocturnal pruritus, like:

Do you like taking a hot shower before you hit the hay? It’s something that can leave your skin dry, and dry skin usually causes itchiness.

Especially if you like using soaps that smell nice, it’s not unlikely for you to experience nocturnal pruritus especially if you use them at night. It’s also possible for the fragrances and chemicals in the detergent you use for washing your linens and pillowcases to contribute to it.

Also Read   Save Yourself from Stress!

If you have some form of skin irritation, excessive sweating can aggravate the problem, and one of the things that can result from such is nocturnal pruritus.

Are you currently taking medications? It’s not unlikely for your nocturnal pruritus to be caused by them. Some drugs that are known to cause skin itching at night or any other time of the day include antibiotics, analgesics, statins and anti-fungal drugs and statins.

There are a bunch of medical conditions that can also cause nocturnal pruritus. Some of them include:

Certain cancers such as skin cancer, leukemia and lymphoma.

Anything that can affect the nervous system, like diabetes and multiple sclerosis.

If you are constantly bugged by nocturnal pruritus, it’s a good idea for you to consult a doctor so that its cause can be pinned down. This is especially true if it’s accompanied by other unusual symptoms, too.

Because there are many different things that can cause nocturnal pruritus, treatment for it can vary greatly. Knowing its root cause is essential so that the best way to deal with it can be determined.

If your doctor just gave you a clean bill of health, you can breathe a sigh of relief. With such being the case, your nightly bouts of skin itchiness is something that can be managed through simple home remedies. Some of the things that you may try to put your nocturnal pruritus under control are:

Opt for warm water and keep shower times quick. In addition, stay away from soaps that contain fragrances and harsh chemicals.

Make sure that your skin is properly hydrated because skin dryness can cause itchiness. Also, consume plenty of fluids for hydration from within.

See to it that the room in your air isn’t dry. One of the things that you may do is install a high quality air humidifier in your room.

Chronic stress can leave your hormones in shambles, and nocturnal pruritus is just one of the many things that can stem from it. Needless to say, keep high levels of stress in check.

Keeping sweating at bay can also help, so consider using a fan. It will also provide white noise that can keep your mind away from the problem.

The External/Internal Method of Self Hypnosis

Believe In the Finish Line Way at the Start

Food-Based Medicines That Could Possibly Save Your Life

Wellness Ideas You Can Do Today