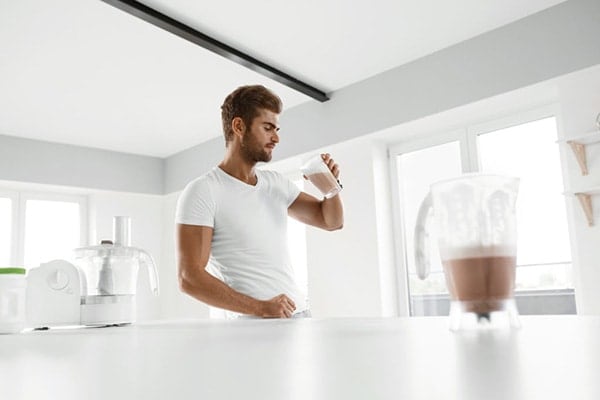 Sure Signs That You’re Super Stressed

Three different body types are known in the field of health and fitness and they are the endomorph, mesomorph, and ectomorph body types.

Most people with the ectomorph body type find it hard to gain muscle mass, as compared to those who have the mesomorph and endomorph body types. With this trend, it is advisable for ectomorphs to consume a high protein diet, according to Live Strong. As per the publication, lean protein should comprise the 30 percent of the daily diet and 1.0 to 1.5 grams of protein per pound of body weight are needed by ectomorphs to gain muscle.

An ectomorph person should eat a surplus or excess of about 200 to 250 calories per day, according to A Workout Routine. This range is ideal for men, but should be cut in half for women, as per the publication. The food choices include protein rich food sources, such as chicken breast or turkey, lean cuts of meat, fish, eggs, protein powder, and milk, along with different kinds of fruits and vegetables, among others. It is known that protein is made of amino acids and it is essential for the buildup and repair of tissues, including the muscle tissue. In addition, protein synthesis and other cellular functions are harnessed by the minerals that are obtained in fruits and vegetables. The bulk of the calories should be obtained from foods that are high in carbohydrates, which include brown rice, sweet potatoes, pasta, beans, oatmeals, bread, and other grains. Oils and nuts are also great additions.

According to Skinny Bulkup, it is important for ectormorphs to get amino acid concentrations fast following a workout, which is up to half hour after lifting. This means that people with the think body type should consume protein rich food sources in order to allow faster repair of damaged muscle tissues from the work out. Along with elevating amino acids, an ectomorph should also consume some carbohydrates after the work out, as the macronutrient is known to fuel protein synthesis after lifting. In addition, slow protein should be consumed before going to bed while carbohydrates should be reduced, particularly if fat accumulation is an issue.

Also Read   Have These Teas for Immediate Migraine Relief

In addition to the aforementioned diet plans, individuals with an ectomorph body build can bulk up with consistent exercise, adequate sleep and rest, and right attitude when it comes to achieving a bulkier body.