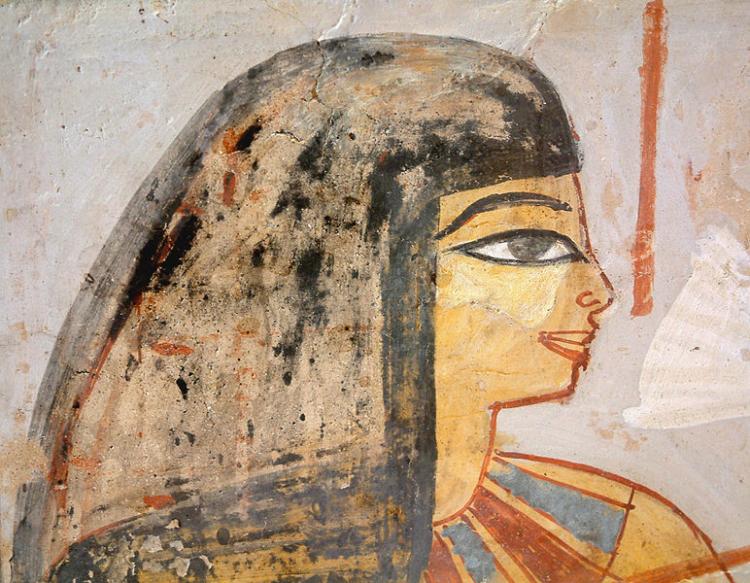 Why Having a Garden is Good for You?

Have you ever wondered how your favorite beauty products came from? How people decided that applying a line above their eyelashes make them more attractive or how people got the idea to create highlighters? From classic red lipsticks to our moisturizing creams, beauty products have become a staple of our everyday life. We’ve had these products for centuries. Everything has its origin. To show our thanks and amazement for our favorite beauty items, let us look back on its history and origins. Let us understand how it came to be and why it had a huge impact on the beauty industry. We’ve asked some beauty historians about the origins of some of these beauty items. You’d be surprise on how some of them started out.

Your favorite eyeliner did not start as an aesthetic item, but for traditional medicine. The origin of eyeliner came from kohl and was first used in South Asia. Kohl was used to protect the eyes from ailments. It was believed that applying this dark material around the eye can help protect it against from sun damage and harmful UV rays. Kohl was created by grinding Stibnite. It was around 3100B.C. In Egypt, where Kohl was used for the purpose of aesthetic. This dark mixture was applied using different tools to create the first eyeliner. Besides being used for eyeliner, Kohl was also used as mascara to darken the lashes. This was a practiced by Egyptian nobility and queens.

The origins of lip are said to be from ancient Sumerian. They were said to be the first people to use it for decorative purposes. Five thousand years ago ancient Sumerian used crushed gemstones to apply on their face and their lips, they would also use this around the eyes. However, they were not the only ones who used to create their own ways to color their lips. In some Asian countries, women of nobility would use natural dyes such as petals to color the lips. In Egypt, royalties would use crushed bugs to create the dark reddish color on their lips. The first known commercialized lipstick was created in France. It was first sold in 1884 for personal use. Now, there are different variations, shades and types of lipstick on the market.

Blush is one of the most used and popular makeup products since it was commercially released. Rouge is more popularly known as blush originated in Egypt. It was created by using a thick paste that was made from a variety of ingredients such as ochre and strawberries. This was also used in ancient Greece accompanied with lead face powder. In the Victorian age women would pinch their cheeks to get the appearance of red cheeks. During the rise of the Christianity, rouge was banned due to the belief that it was too promiscuous. The earliest forms of rouge were some of the most controversial and dangerous. Earlier versions were often created with toxic materials that lead to a lot of illnesses, this also lead to a lot of miscarriages. Thankfully, through the ages the recipe for creating blush has become a lot safer.

The concept of using foundation is not a new thing, but the natural skin tone shades are. In ancient Rome and Greece women used white lead or chalk to cover their face to give themselves a fairer complexion. They were said to be the first people to use this concept. Though, due to the use of white lead, a lot of women succumb to poisoning. Through the ages pale skin was made into a symbol of privilege from ancient China to Europe. Royalty would often use lead paint to color their face and even body to lighten their complexion. This went on through the Renaissance period. During the 17th century in England, women started to opt for a darker foundation to cover the paleness that was associated with staying inside during the plague. However, the pale complexion came back in the 18th and 19th century. Max Factor changed the game when they release the first ever pancake makeup in the 1914. This makeup came with different shaded and formulation that has grown over time to match our natural skin tone.

Also Read   Tips on How to Keep Hair Healthy in Winter

Most of us have used or at least tried using makeup or any beauty item. The main purpose of these items during the past few years was to look good. To improve the skin tone, cover flaws and add color to the face. The beauty industry is one of the fastest and biggest industry in  the world. It can be pure vanity on our part and the fact that we are willing to spend a lot of our hard earned money on expensive items is a sign that it will continue to grow over time. It is fun to find out the origins of some of our favorite must have items. The Egyptians are the first people that used the power of makeup to improve their appearance. They designed it the same way we do now. However, these were not used to attract potential mates or to increase confidence. It was used to impress the gods and increase their spiritual worth.

Previous article
How to Treat Nail Fungus Naturally?
Next article
Ways to Temporary Color Your Hair

Proper Ways to Care of Your Under Arms

Transform Your Skin with These Asian Ingredients

Workouts for a Better Breast

Beginner Tips for Tweezing Your Eyebrows