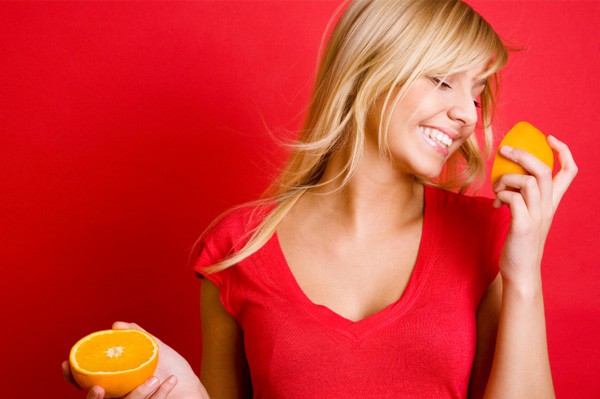 Eating has always been a pleasurable activity. Now research reveals that there are certain foods that can literally make you feel better by boosting the levels of mood-associated neurotransmitters, or chemical messengers, in the brain.

Brazil nuts are an excellent source of the trace mineral called selenium, which plays a vital role in the maintenance of thyroid health. Recent studies, however, have also indicated that selenium is necessary in maintaining mood and in preventing depression. Low levels of selenium have been associated with increased depression, anxiety, irritability and fatigue.

Studies indicate that people who are deficient in the essential fat omega-3 are disposed to low mood and depression. Sardines, like its fatty fish cousins salmon, mackerel and tuna, are excellent sources of omega-3 fatty acids. Omega-3 fats are directly involved in the production of neurotransmitters or the brain’s messaging chemicals. One of these is dopamine, which helps in the regulation of mood, behavior and cognition. Fish is also an excellent source of quality protein, which is made up of amino acids that are used in the manufacture of neuro transmitters.

Oats is an effective mood booster because of its low glycemic index (GI). Foods with a low GI slowly release sugar in the blood stream instead of a quick rush that suddenly dips, thus helping to keep blood sugar levels and your mood stable.

Bananas contain the vitamins A, B6 and C, potassium, phosphorus, iron, fiber, carbohydrates and the amino acid tryptophan. Carbohydrates help in the absorption of tryptophan in the brain, while vitamin B6 facilitates the conversion of tryptophan to serotonin. Serotonin is a chemical in the brain responsible for maintaining mood balance and affects social behavior, appetite, sleep, memory and sexual desire. Because of its ability to increase serotonin levels, tryptophan has been used in the treatment of anxiety, depression, and insomnia.

Lentils, like all legumes, are rich in fiber, thus providing the body with slow burning complex carbohydrates. This allows sugar to be slowly absorbed in the body, allowing for better blood sugar control and a stable mood. Carbohydrates also help in the absorption of tryptophan, an amino acid essential in the production of the feel-good neurotransmitter serotonin. This results in a calmer, happier mood with less anxiety.

Lentils also contain folate and iron. Low levels of folate have been linked to depression and mania. Iron, on the other hand, can help increase your energy, thereby putting you in a better mood.

Deficiency in vitamin B12 is linked to brain problems that can manifest as anxiety, depression, fatigue and even psychosis. Eating green leafy vegetables like spinach can help keep your B vitamin levels up. Aside from the vitamins folate, B1, B2, B3 and B6, spinach also contains iron, selenium and omega-3fats, all of which are essential nutrients in the manufacture of the neurotransmitters affecting mood.

Chocolate has always been regarded as a mood booster not just for its luscious and velvety taste, but for the effect it has on the manufacture of mood altering neurotransmitters.

Dark chocolate can boost up serotonin levels because it naturally contains serotonin and the serotonin precursor tryptophan. It also contains carbohydrates in the form of sugar, which can signal the brain to absorb tryptophan and produce more serotonin.

Aside from serotonin, dark chocolate can also play a part in the production of dopamine. It contains a compound called enylethylamin, which stimulates the brain to produce dopamine. Enylethylamine and dopamine combine resulting in a mild anti-depressant effect.

Another compound that increases dopamine levels in the brain is called tyramine, a compound derived from the amino acid tyrosine. Tyramine stimulates the brain to release dopamine.

Almonds contain nutrients that are vital for the maintenance of mental health. Amongst these are folate and tyrosine, an amino acid required for the manufacture of dopamine and other mood associated neurotransmitters. Tyrosine in part relies on the presence of folate for its conversion to dopamine.

Green tea has long been renowned in Asian cultures for its bolstering effects on the body as well as on the brain. Green tea’s calming effects can be attributed to several components, primary amongst these is the amino acid unique to the drink called theanine. Theanine stimulates the production of dopamine, which regulates mood and emotion, and GABA, which gives a calming effect and a sense of well-being.

Eczema vs Psoriasis – Which Skin Condition Do You Have?

The Health Benefits of Hickory Nuts

Natural Beauty Fixes Everyone Must Try