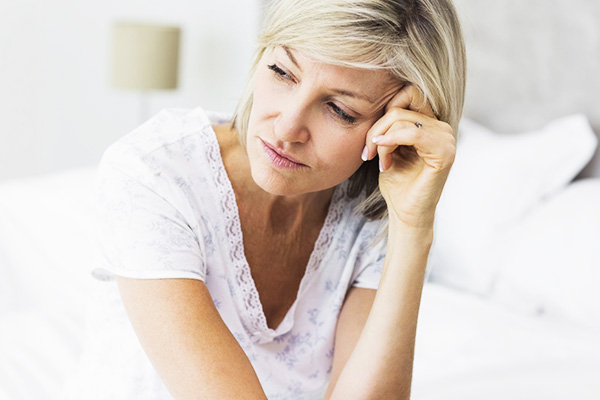 Foods to Turn Away From If You Suffer From Back Pain

What are the most overrated things in life?

Menopause discomfort is experienced by women when they reach menopause, which is described as the time in which a woman can no longer reproduce. The absence of menstrual periods for 12 months, the process is gradual and does not occur overnight. While the transition period varies for each woman, the average age of menopause is 51 years old, although it may occur as early as 30s or as late as 60s. the following are the causes, signs and symptoms, and home remedies for menopausal discomfort.

While the exact cause for menopause is unknown, the condition is attributed to various causes. According to Healthline, menopause has five known causes. As per the publication, genetics play a role in menopause; when the mother started to have her menopause can provide a hint as to when the daughter will start hers. Lifestyle factors, such as smoking also contribute to menopause; as cited by the publication, those who smoke may have menopause a year or two earlier than those that do not. Also, women with chromosomal defects like Turner syndrome may also start to have menopause earlier, since their ovaries do not function properly. Moreover, epilepsy and autoimmune disorders like rheumatoid arthritis and thyroid disease may also cause premature menopause, since they affect the ovaries.

Menopause presents various symptoms. According to Mayo Clinic, the symptoms include irregular periods, hot flashes, vaginal dryness, night sweats, mood changes, sleep problems, weight gain, thinning of hair, delayed metabolism, drying of skin, and loss of breast fullness. As per the publication, a woman may also menstruate every month up to the last period; however, it is very unusual. Also, a woman will likely experience irregularity in her periods, as mentioned.

A woman who starts to have menopause may start seeking medical consult from a doctor. The management may be supplemented with remedies to help reduce the menopausal discomfort that is experienced.

One remedy for menopausal discomfort is evening primrose oil. According to Menopause, the herb, which has the scientific name of Oenothera biennis, is capable of dealing with hot flashes. But then, data from a placebo-controlled trial participated by 56 women suggested that it had no benefit over placebo, a mock medication. Primrose has also should to induce seizure in patients who have schizophrenia who are also on antipsychotic medications. Since it cause problems like blood clotting problems, nausea, and diarrhea, it should not be used in conjunction with psychotherapeutic agents like phenothiazines as well as anticoagulants.

Another remedy for menopausal discomfort is exercise. According to Women to Women, exercise helps reduce fat, which is associated with imbalanced estrogen and progesterone ratios. As per the publication, women can do exercise by walking, doing yoga, swimming, cycling, and dancing , since moving the body greatly affects their weight and their overall health. Aside from that, mild exercise helps relieve overworked adrenal glands and reduce feelings of fatigue. Along with its reproductive benefits, exercise also promotes oxygenation, improving cardiovascular, respiratory, digestive, musculoskeletal, and mental health.

Menopausal discomfort can also be controlled with omega-3. according to Dr. Axe’s official website, these fatty acids helps a person deal with inflammation due to omega-6 fats, which are found in low quality meat and refined oils. Excellent sources of omega-3 include anchovies, mackerel, sardines, halibut, salmon, and tuna. Studies also revealed that consumption of omega-3 helps promote hormone production and prevent menopausal problems, heart disorders, depression, preeclampsia, and even breast cancer.

Also Read   Tips On How to Avoid Overeating After Working Out

Menopause is a period in a woman’s life in which is no longer capable of reproducing. While this process is gradual and presents many symptoms and discomfort, they can be dealt with various management methods, including home remedies.

A Guide for a Girl’s Oily Skin

Best Exercises for People Who Sit All Day