MedDairy Diet: A Better Version of the Mediterranean Diet 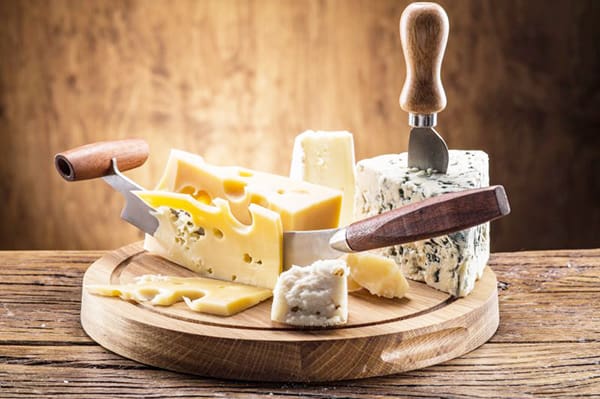 Not a lot of people find it easy to welcome the Mediterranean diet into their life, including most especially those who are fond of milk, cheese and dairy products.

If you’re one of these people and you are still considering giving the Mediterranean diet a try one day, then you’ll be more than happy to know that there’s a version of the Mediterranean diet that includes dairy in the list of foods to have. It’s currently taking the world by storm, and it’s referred to as the MedDairy diet.

Especially in the United States and Australia, dairy is part of one’s everyday diet. It’s exactly for this reason why a lot of people in these areas of the planet have a difficult time going on the Mediterranean diet — it can be hard to go on a diet that excludes dairy food products in a world where everybody else is having lots of it.

Actually, the Mediterranean diet does not really require the individual to turn his or her back completely on dairy. The truth is dairy is still allowed, albeit in very small amounts only. What’s more, only certain types of dairy can be consumed while the person is on the Mediterranean diet, and they include cheese and yogurt.

Also Read   5 things to keep in mind while trying to give advice and 8 Ways to be there for a friend without giving it.

Some health-conscious people are wary of trying the Mediterranean diet because of the fact that it considerably limits the amount — and also kind — of dairy that one may consume.

It’s no secret that dairy food products are some of the top sources of calcium, which is a mineral so important for keeping the bones strength. So in other words, going on the Mediterranean diet may not provide one’s daily calcium requirement, and it’s something that many are worried about.

The good news is scientists found out just recently that the addition of dairy to the Mediterranean diet, which they christened the MedDairy diet, did not really ruin the health-perks offered by the said diet, but in fact boosted the benefits that it’s known to bring.

For instance, the pros found out that the addition of 3 servings of calcium-rich dairy to the Mediterranean diet on a daily basis not only allowed the dieter to obtain the recommended daily amount of calcium, but also enhanced the known perks of the Mediterranean diet namely improved blood pressure, reduced bad cholesterol levels, optimized brain functioning, and even lifted mood.

In a nutshell, scientists say that it’s very much possible to have the Mediterranean diet fine tuned — to make it easier for a lot of people to go on it and also ensure those who are on it sufficient calcium intake — while still lowering risk of cardiovascular disease (CVD) and potentially dementia, too.

However, proponents of the Mediterranean diet are not at all that happy with the existence of the MedDairy diet. They say that it makes people think that the only sources of calcium are milk, cheese and various other dairy products.

The Wellness Benefits of Knitting

Ways to Temporary Color Your Hair