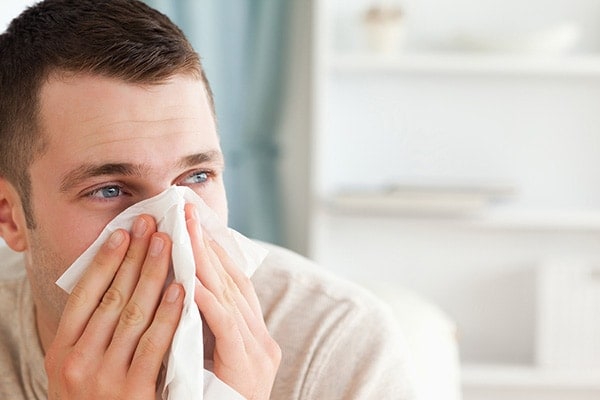 Runny nose is a common experienced by almost everyone. Also called rhinorrhea in medicine, the condition involves a nasal cavity filled up by mucus fluid. In the disease process, the mucus membranes are active that usual, which leads to excessive mucus production in the nasal cavity. As a result, it blocks the airway, which results to difficulty of breathing. The following are the causes, signs and symptoms, and home remedies for runny nose.

Runny nose or rhinorrhea has several causes. According to Mayo Clinic, the condition may be caused by something that irritates the tissues of the nasal cavity. As per the publication, examples include common cold, influenza, and allergies. It is added that some people have a chronic runny nose for no known reason and it is called vasomotor rhinitis or nonallergic rhinitis. The publication also cited additional causes for rhinorrhea and they include acute and chronic sinusitis, deviated septum, drug addiction, hormonal changes, lodged object, medications, nasal polyps, occupational asthma, pregnancy, respiratory syncytial virus or RSV, spinal fluid leak, and tobacco smoke, among others.

Runny nose is evidenced by a clear fluid flowing from the nasal cavity. The person may also sniff several times due to the fluid and in some cases, difficulty of breathing is present. According to Medicine Net, runny nose is associated to symptoms like nasal congestion, nosebleeding, and sore throat.

While medications are prescribed for runny nose, home remedies also stand as symptomatic management for the condition.

Salt water, also called saline, is one of the key remedies for runny nose. According to Home Remedies for Life, salt water relieves the irritation a person experiences when he has runny nose. In addition, it helps clear the nasal passages, as well as thin the mucus. As per the publication, the person mixes table salt with warm water. Next, a few drops of salt solution is dripped into each nostril while the head is tilted back. After that, the person inhales very gently for the solution to go further into the nasal passages. Once done, the person blows his nose to eliminate the excess mucus. The remedy can be done for a few times in every single sitting and it can also be done twice a day until full relief is achieved. Some people also practice adding little amount of baking soda to balance the acidity, which provides extra relief.

Another remedy one can do to manage runny nose is steam inhalation. The person holds his face over a bowl of hot water, with a tower placed on his head to trap the steam. Next, be breathes in the steam for about ten minutes. Then, he blows his nose. This remedy can be done three to four times daily. Also, few drops of menthol or eucalyptus oil can be added to the hot water prior to steam inhalation. Some people also take a hot shower or bath as an option.

Mustard oil serves as another remedy for runny nose. According to Rapid Home Remedies, the oil has been used as mucolytic in previous years. This means, mustard oil has the capacity to break up the mucus and drain the excess fluid in the nasal cavity. As per the publication, the person extracts the oil into a dropper, a squeeze bottle, or a cotton ball. Then, he pours one to two drops of the oil in each of the nostrils; he maintains his head titled for a few seconds to allow the oil to go inside the nose and the sinuses. After that, he blows his nose.

Runny nose is not as severe as pneumonia, bronchitis, and tuberculosis; however, it may be accompanied by other symptoms, such as cough and fever. Thus, it is vital to manage it as early as possible. Medical consult can be done for proper assessment, planning, intervention, education, and evaluation.

Using Sounds to Help You Get a Good Night’s Sleep

What are the “Useless Vitamins”?

Get Clear Skin at Home the Natural Way

Makeup Mistakes We’re All Guilty Of