What fruit is so common that more often than not it goes unnoticed as it sits peacefully in the company of bananas and oranges in the fruit basket? That fruit that horses love to eat and also makes a fine salad or smoothie?

You got me. I was talking about apples.

Apples are not only refreshingly delicious; they happen to have plenty of health benefits too. There’s more than one (read: five, and they’re listed below) reason why these lovely apples come in second (just a teeny tiny bit behind bananas) are considered as one of the most popular fruits in America and why you need to include them in your everyday life:

It places second in terms of popularity, and in the list of fruits with the strongest antioxidant activity. The free phenolic compound count ranks the highest in apples, unlike other anti-oxidant rich foods. Since there is no “luggage” attached to them, these compounds are easily absorbed by the body and into the bloodstream.

What does “placing second for antioxidant strength”mean?After conducting a series of studies, the Department of Food Science at Cornell University came up with this explanation:

Now that we know about the antioxidant strength in apples, the cliché “an apple a day keeps the doctor away” finally makes sense. If you eat an apple seven days a week, you decrease the risk of cancer and other diseases that has taken the lives of so many people in different parts the world.

It was also mentioned above that the peel is the main source ofan apple’s antioxidant strength. According tothe researchers from Cornell University, the apple peel has higher antioxidant activity and bioactivity compared to the apple flesh because it contains more antioxidant compounds. Early research from the Cornell University lab shows evidence that apples with the peel had higher antioxidant activity than those without. There were also better chances ofinhibiting cell proliferation with unpeeled apples.

Now that you know that the peel is mightier than the flesh, you might want tothink twice before getting rid of the peel the next time you eat an apple.

Your brain undergoes oxidative stress from time to time. What is oxidative stress? Dr. Ananya Mandal, M.D., defines it as “essentially an imbalance between the production of free radicals and the ability of the body to counteract or detoxify their harmful effects through neutralization by antioxidants”. It has been proven that eating apples can help protect your neuron cells from oxidative stress. According to a study done by researchers from Gyeongsang National University, offering your cells this type of protection (thank God for apples!) can potentially prevent neurodegenerative diseases like Alzheimer’s and Parkinson’s. This is based on a study done by researchers from Gyeongsang National University.

Quercetin, an antioxidant found in apples, helps with the oxidation in your bloodstream.This allows your lungs to receive and utilize oxygen. If you’re a gym rat, health buff, or really just an active person, then here’s some good news: the quercetin in apples will give your body the endurance kick that it needs to finish workout routines. The determination to reach the end of your workout despite the temptation to quit already has a major contribution in the weight loss process but more than that, munching on an apple instead of fast food when you’re hungry can speed up the weight loss process. They maybe considered as a low calorie food but they still have density because of their high fiber content (this makes you feel full for a long period of time, making it easy to avoid unnecessary snacking).

There have been various studies conducted to test the effect that apples (especially their flavonoid content) have on heart health. The National Institute of Public Health and Environment Protection did tests on men who had were potential candidates for eventually developing coronary heart disease. The result of the study showed that the intake of flavonoid was“inversely associated with mortality from coronary heart disease”. The study also revealed an“inverse relation with incidence of myocardial infarction, which was of borderline significance” and that “the relative risk of coronary heart disease mortality in the highest versus the lowest tertile of flavonoid intake was 0.42 (95% CI0.20-0.88)”. In layman’s terms, the flavonoid content in apples, as well as in other food that we eat has a significant effect on our heart’s health. It also helps lower the risk of deadly heart conditions like coronary heart disease which ultimately reduces the effect that these diseases have on our society.

You know that refreshing feeling that you get when you hear the “crunch” every time you bite an apple? Well, that has benefits for your teeth and your overall dental hygiene. There’s no need to rush when eating an apple. An increase in the production of saliva is triggered by the moist activity that happens when you take your time to finish an apple. The buildup of saliva creates a stronger form of protection against tooth decay because it lowers the bacteria levels (the culprits behind decay and disintegration) inside your mouth. Do you know someone who has bad breath (halitosis)? Give them an apple. The texture of the peel and the apple flesh can actually help scrub your tongue, gums and remove particles that cause bad breath as you chew.

Apples are also referred to as “nature’s toothbrush” because they remove plaque and clean off our teeth. Now before you decide to ditch the real toothbrush, read on: apples have natural fructose contents (fruit sugar) which can affect the positive effects they have on your pearly whites if you don’t brush (with an actual toothbrush) regularly.

In addition to the benefits mentioned above, apples can also reduce cholesterol thus decreasing the risk of hemorrhoids, prevents gallstones, aids in constipation, neutralizes irritable bowel syndrome (IBS), prevents cataracts, boosts the immune system, detoxifies the liver, and so on. With all these benefits, apples have definitely earned their spot on the list of highly beneficial fruits.

How to Pick Quality Apples

Fact: apples are not created (or grown) equal just like most of the food consumed by our society these days. Organically grown (no chemicals) apples are your best bet but to be 100% safe, the Washington State Apple Commission provided some guidelines for picking quality apples: 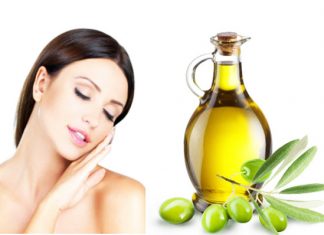 Melinda Hoppernman - May 23, 2018 0
Olive oil is a staple in many kitchens as it is often used in cooking as well as in salad dressings. But did you...

Beauty Treatments You Can Actually Do at Home

Different Ways to Get Fit

What are the Warning Signs of Osteoarthritis?