Is There A Difference Between Organic and Regular Apples? Find Out The Truth Here 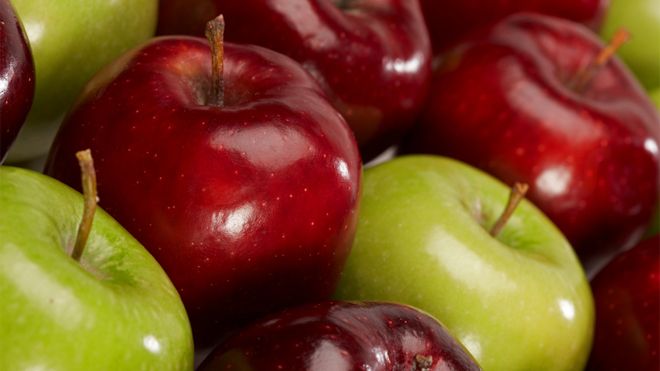 The Signs and Symptoms of Mercury Poisoning

The apple fruit is amazingly healthy and should always be included in your grocery list. Health-conscious consumers are confused recently on which apple to buy. The emerging popularity of organic food items made shopping a little more difficult these days. So which one is healthier? Organic apples or those of the conventional kind? Is there really a difference between these two? In this article, we will try to uncover the truth between organic apples and set once and for all which apple you should buy from now on.

Always opt to consumer fresh apples over junk food for snack. Regardless of whether an apple is organic or not, fresh fruits is always the better option if you are pressed to choose between fresh food items and processed food. Bear in mind that the fibers as well as vitamins found in apple are so much better in supplementing the nutrients the body needs for fuel. So the next time you need to choose between a regular apple and a bag of chips at the office, do not hesitate to choose the former.

According to research studies, the apple fruit is one of the most contaminated crops there is? Apples are most commonly contaminated with pesticide when compared alongside other crops.

It is quite difficult to adhere to an all-organic diet given that majority of organic produce are more expensive than their regular counterparts. Therefore, it’s hard to recommend our readers to purchase organic food at all times. But it should worth knowing that there is actually a list of food items that need to be consumed organic. Based on research studies from the Environmental Working Group, the apple fruit is at the number one stop of the Dirty Dozen list- a group of fruits and vegetables that are highly contaminated by pesticides. Other produce included in the Dirty Dozen list are leafy greens, celery, and tomato.

Also Read   Have You Heard About the Volumetrics Diet?

How do pesticides affect apples in orchards?

In order to guarantee a good harvest, apple farmers spray pesticide on trees during its growing process. Tractors are typically driven on the side of apple trees. It shoots large amounts of pesticide that coat the leaves as well as the exterior portion of the apple fruit. The pesticides used to nourish the growth process stick to the skin of the apple and are then
absorbed after some time. There is a large amount of pesticide that seeps easily inside the fruit due to the concave shape on the top most portion of the apple.

Top reasons why you should opt for organic apples

1. Pesticides are very dangerous to health The main function of pesticides is to control pest growth or eliminate the incidence of pest invasion that may destroy apple fruits. According to the Environmental Working Group and other government-based groups, there is a direct between pesticides and brain function. Pesticides in small doses may cause serious conditions such as cancer, hormone imbalances, skin and respiratory irritation, brain, and nervous toxicity, and ADHD to name a few.

2. Pesticides is bad for the health of apple growers Aside from the fact that apple trees that were sprayed with pesticide produce contaminated fruits, consumers should also remember that hazardous work environment of the apple farmers too. In an article published by Forbes Magazine, the National Institute for Occupational Safety and Health or NIOSH revealed that a lot of migrant farm growers in California suffer from pesticide-related illnesses due to regular exposure to chemicals in pesticides such as organophosphates, carbamates, inorganic compounds, and pyrethroids to name a few. In fact, over half of reported acute illness among apple farm workers is due to frequent exposure contact to these chemicals. Experts recommend for apple farm growers to find alternative forms of pest controls as well as the introduction of incentives to farmers who decide to employ healthier and safer pest control measures.

3. Organic always tastes better This does not apply to apples exclusively but to other fruits and vegetables too. The timing of when an apple is harvested and the method by which apples are grown contribute to its taste and overall quality. There is a clear-cut difference in taste between organic apples and those that were grown with the help of pesticides and other harmful chemicals.

5. It features all the nutrients you need and more Apples are one of the healthiest snacks that you can consume when you feel hungry in between major meals. It contains high levels of fiber and has low sugar content too. Green apples for instance are extremely low in sugar but high in dietary fibers. This means that people who eat apple as part of meal or snacks feel fuller. They are also less likely to experience sugar crash.

6. Apples are perfect ingredients too cook and bake with If you want to enjoy sumptuous, low calorie meals, try to incorporate the use of apples in your cooking and baking. Apples are great additions to excellent healthy preparations such as muffins, fruit salads, and sandwiches.

Reasons Why Your Makeup Isn’t as Good as You Want

Should You Try Drinking Kukicha?