Is It Okay to Shower After Running? Is a Hot or Cold Shower Better? 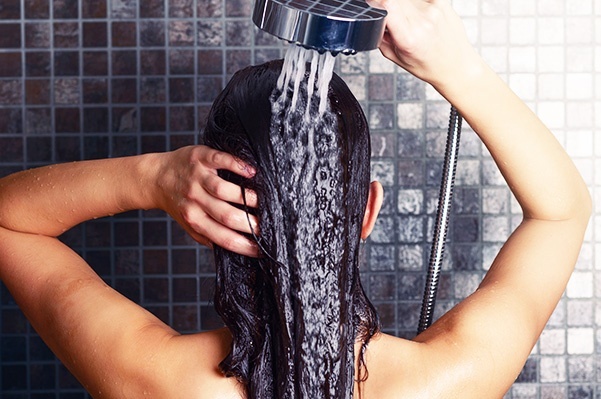 Simple Exercises That Can Help Make Your Neck Look Longer

There is no denying that running is one of the most hip and happening ways to get fit these days. If you are planning on stepping foot inside the world of running, then you may have lots of questions running through your mind right now that needs to be answered, and one that has something to do with showering after a run is very much likely one of those.

So is it a good idea to take a shower once you’re through running? More importantly, is it safe? And also, should you opt for a shower that’s hot or cold?

Well, keep on reading to find out the answers to these most pressing questions that a person who is considering running a form of fitness may want to ask the pros.

Don’t Forget the Importance of Cooling Down

No matter if your choice of workout is running, bicycling, step aerobics or dancing, make sure that you cool down sufficiently afterwards. Basically, cooling down is the complete opposite of warming up. In warming up before you exercise you increase your heart rate and body temperature, while in cooling down after you exercise you decrease your heart rate and body temperature.

Before you attempt to shower, see to it that you cool down first. As a general rule of thumb, fitness experts say that you should spend about 20 minutes of your post-workout time to cooling down.

Running is definitely an intense form of exercise, and that is why some serious cooling down is very important after spending some time to doing it. Taking a shower right away without first reinstating a normal heart rate and body temperature is not good for the body.

Start With a Cold Shower and End With a Hot Shower

Now comes one more important question that needs to be answered: is a hot shower better than a cold one or vice versa? Well, why settle for one when you can have the best of both worlds? In other words, it’s actually a great idea for you to begin with a cold shower and then end it with a hot one.

Beginning with a cold shower is great for reducing inflammation of the muscles and joints. Yes, your muscles and joints can end up inflamed especially after engaging in an intense, high-impact form of exercise such as running. A cold shower is superb for dealing with inflammation taking place within your body, something that can harm your overall health if it stays around for a long period of time.

You can think of having a cold shower as icing those achy and swollen muscles and joints, keeping you from loathing running as a form of exercise.

Ending with a hot shower helps rev up your blood circulation, thus accelerating the flushing out of inflammatory cells and other things that running brings about. Such also helps make the muscles flexible and the joints movable, which means that it helps keep at bay stiffness usually encountered after engaging in an intense workout such as running.

Avoid a Hot Shower If You Have an Injury

Of course there is always an exception to the rule. According to fitness experts, it’s not really a good idea for you to take a hot shower while you are bouncing back from a physical injury, no matter if it’s incurred while you are running or partaking in any other form of exercise.

That’s because a hot shower can exacerbate inflammation, thus causing the injured area of your body to feel achier and more swollen.

Sourceindependent.co.uk
Previous articleErythrasma: Get to Know this Bacterial Infection of Skin Folds
Next article8 Fat Burning Foods You Need Now

What is White Coat Hypertension and How Can It be Managed?

The Natural Way to Treat Diabetes

Women’s Beauty and Wellness- Hair Accessories for the Modern Woman

7 Ways to Terminate Termite Infestations In Your House