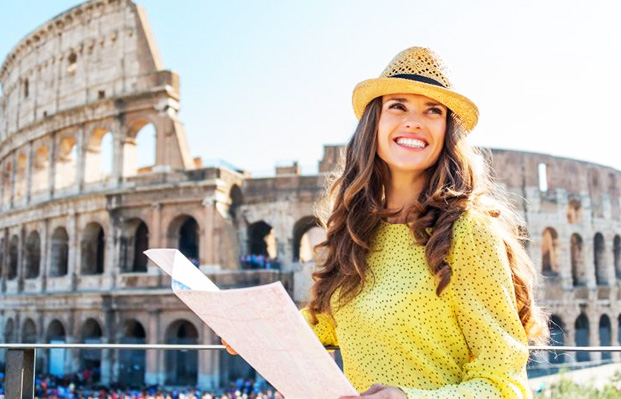 How to Do Scalp Detox

Eat These Fruits If You Have Insomnia

Back in the days, one of the largest and most influential empires on the face of the planet was the Roman empire. With its power spreading across Europe and even parts of Africa and Asia, it meant that they had access to a wide variety of cultures and traditions from across the globe.

And that meant good news for beauty-conscious women of ancient Rome, in particular the wealthy ones and the wives of Roman officials — they were able to get their hands on an assortment of beauty products and practices. It’s no wonder why lots of women from Rome back in the days looked like goddesses.

If you, too, would love to look and feel like a goddess, then it is a good idea to take on some of the most impressive beauty secrets from ancient Rome. Even though they’ve been practiced thousands of years ago, all of them are very much effective these days as they are 100 percent natural!

Going wrong is very much unlikely if you pattern your beauty regiments from ways that have stood the test of time. Those routines are especially perfect for women of the modern age as they are surrounded by skin and hair care products that are loaded with harsh chemicals that can endanger their looks and even overall health.

Let’s check out what the ancient Roman women did to look amazing:

They Evaded the Sun

Women from ancient Rome loved sporting pale complexion. Staying away from the sun to achieve such was not a problem for rich women back then. Those who had to work, however, applied chalk on their skin to look pale. Some of them even drew lines on their skin using blue-colored mineral powder to mimic veins.

Perhaps women from Rome back then knew that it was the sun that accelerated the aging of their skin — and they didn’t have to hear it from dermatologists that women of today have quick access to.

They Loved Having Lush Brows

Currently, every woman is sporting thick eyebrows. Women from ancient Rome loved the same look as well. But instead of eyebrow pencils, they used charcoal which was applied using sticks or the bones of animals to have their brows lined and defined. Some women back then even opted for a unibrow!

Women of today are so lucky to have quick access to all sorts of pencils and brushes that they can utilize to achieve the kind of brows that are all the rage these days.

Women from ancient Rome didn’t like the fact that unwanted hair grew on certain parts of their body, and that’s why they often shaved. Sometimes, a resin paste was applied and allowed to dry on problem areas, and then pulled off — just like waxing of today. Pumice stone was also used as a hair-removal tool.

Currently, excess body hair is still a no-no to a lot of women. Fortunately, you can choose from a wide variety of hair removal solutions, some of them even able to permanently decrease or eliminate unwanted hair!

They Bathed in Milk

It is said that Roman women back in the days loved bathing in milk. They enjoyed the fact that such beauty ritual made their skin look young and soft, and their complexion radiant. Well, that’s because milk not only infused their skin with nutrients, but also removed excess dead skin cells due to its lactic acid content.

Exfoliating the skin up to twice a week is a good idea to keep your complexion looking radiant. In order to achieve the gentlest exfoliation possible, look for a product that has lactic acid in it.

They Made Their Cheeks Blush

Another beauty routine that women from ancient Rome did was making their cheeks rosy. Since they had no blushers or cheek tints back then, they used plants like poppy and roses to achieve a lovely blush. Certain toxic chemicals were also used by some, such as red lead and cinnabar!

But you don’t have to risk your health just to attain those rosy cheeks. Nowadays, you can get your hands on blushers in various shades. Applying ice on your cheeks can also make you look blushing in an instant.

Sourcevisit.org
Previous articleNatural Steps to Reducing Food Cravings During Your Period
Next articleTips on How to Transition to Plant-Based Diet

Reasons for You to Incorporate Winter Squash Into Your Diet