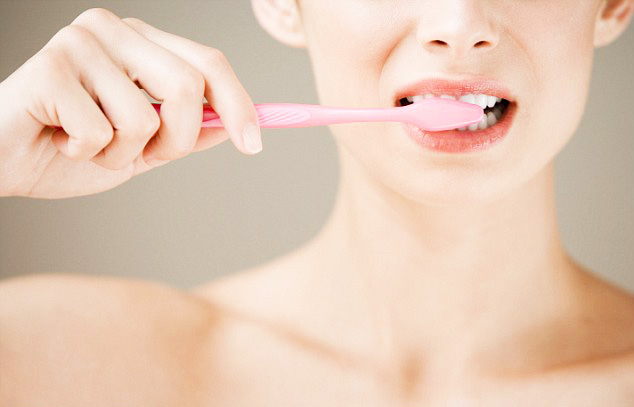 How to Get Nail Polish Off Just About Anything

Health and Beauty Benefits of Chrysanthemum

Why Getting a Root Canal Might Actually be a Bad Idea

Are you in the family way and noticed that your gums are bleeding? Don’t worry — it’s one of those many, many irritating issues that pregnant women usually encounter. Instead of panicking, simply continue reading because later on in this article you will find some of the best home remedies for the problem.

Medical experts say that pregnancy can cause the gums to become swollen and prone to bleeding due to all the hormonal changes taking place in the body of a woman bearing a child.

Swollen and bleeding gums are usually accompanied by bad breath, which only means that pregnancy can definitely hurt your overall oral health. To be sure, it’s a good idea for you to see your dentists — he or she is the one who can put an end to your woe, especially if you have gingivitis, which is common during pregnancy.

There are also certain things that you may do at home in order to minimize or relieve bleeding of your gums. See which of the following simple remedies can help put the problem to an end effectively:

In a glass of warm water, dissolve a tablespoon of salt — use the mixture for rinsing your mouth with in the morning and before hitting the hay. Warm salt water possesses antimicrobial and soothing properties, and that’s why it’s so beneficial for pregnant women who are suffering from gum problems like swelling and bleeding.

Do you have aloe vera plant in your garden? If so, then you have access to a quick-acting remedy for bleeding gums — the gel inside every leaf. All you need to do is apply a little of the said gel on the affected gum area, and allow it to stay in place for 3 to 5 minutes before rinsing your mouth with water. Do this 2 to 3 times a day for relief.

Refrain from being disheartened if there’s no aloe vera plant around. That’s because there is an alternative to it that you can easily get your hands on: honey. Capable of zapping microbes and reducing inflammation, a little honey can do wonders. Just make sure that you apply in only on the gums and not on your pearly whites.

You may head to your spice rack and pop a couple of clove buds in your mouth — the said spice is a traditional remedy for bleeding gums. Allow the juice to stay in your mouth for several minutes before spitting it out. Similarly, you may apply a little clove essential oil directly on the affected gum area.

The inclusion of foods that are loaded with vitamin C in your everyday diet is a great remedy for bleeding gums during pregnancy. It’s for the fact that the said nutrient is necessitated for healthy gums. Also, vitamin C strengthens your immune system, allowing your body to win the battle against inflamed and bleeding gums.

While consuming more vitamin C-rich foods, you should limit your consumption of foods and beverages that contain sugar. Otherwise, your bleeding gums may only worsen. And if you’re not doing good oral hygiene practices, stuffing your face with sugary stuff can put your pearly whites in danger as well.

Speaking of oral hygiene, it’s a good idea for you to ensure that your mouth is clean at all times even though brushing can be a traumatizing task because of your bleeding gums. Just see to it that you use a toothbrush with soft bristles to avoid irritating your gums. Flossing is a must, too, although you have to do it very gently.

Boost Your Self Confidence By Singing Your Heart Out in Public

Health Benefits of Getting Acupuncture Treatment

The Flat Stomach No Equipment Workout