Here are the Common Reasons for a Runny Nose 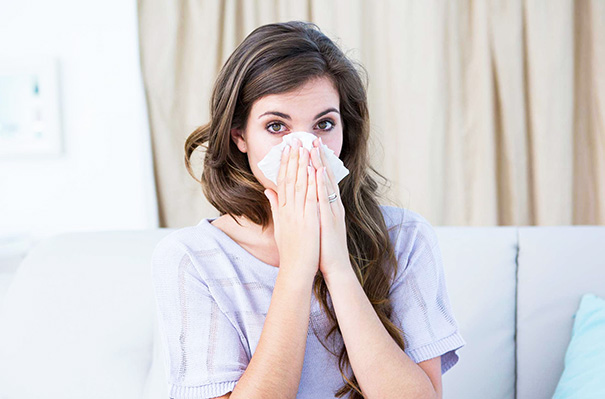 Common Toxic Household Items You Should Be Throwing Away

Different Ways to Get Fit

Why Wellness is Self-Help for the Millennials?

We all know that having the common cold can leave us reaching for some tissue paper all the time. However, having an infection of the upper respiratory tract is not the only thing that can bring in those sniffles. If it seems like your nose is runny all the time, keep on reading. Below you will come across some of the most probable reasons behind it.

Don’t forget to share this article afterwards on your various social media sites to get everyone you care about have an idea on what could be causing their frequent bouts of runny nose. And remember to keep in mind that the information found below should not be used as a substitute for a doctor’s medical advice.

Believe it or not, heartburn and a metallic taste in the mouth are not the only symptoms of acid reflux. There’s what’s called silent reflux, which does not come classic symptoms that acid reflux sufferers are familiar with. Silent reflux causes irritation of the throat, causing the individual to experience things that are seemingly unrelated to acid reflux such as coughing and a runny nose.

Do you suffer from anxiety and you have a hard time managing it? Then it could be the reason behind that recurring runny nose of yours. According to mental health professionals, long term anxiety can cause your immune system to weaken and your body constantly stressed. As a result, you may be vulnerable to having the common cold or some allergies. It’s definitely a good idea to seek the help of a therapist or psychiatrist.

Also Read   5 Ways to Use Eggs for Your Beauty Needs
Also Read   What is the Fatty Liver Diet?

There’s acute sinusitis which usually lasts for about a week only, and then there’s chronic sinusitis which can stay around for several weeks or even months. You may have it if your sinusitis is already bugging you for at least 12 weeks. There are many different things that can cause chronic sinusitis, ranging anywhere from allergies to a deviated septum. To have the cause identified, pay an ENT specialist a visit.

Years of having allergies or infections or suffering from certain medical conditions such autoimmune disorders can cause small pieces of tissue to form inside the nasal cavity. They are called nasal polyps which hang down like tear drops or grapes. Small polyps do not cause symptoms, but large ones can cause several different ones including a runny nose. Do not worry because nasal polyps are actually benign (noncancerous) growths.

If you are suffering from the common cold or allergies, it’s perfectly fine for you to take decongestants to help put an end to that stuffy or runny nose. However, taking them all the time can actually leave you with frequent bouts of runny nose. Orally taken decongestants are not the only ones that can cause such, but also the kinds that are administered nasally. Try combining decongestants with some all-natural remedies next time to ward off overusing them.

Experts confirm that barley present in beer and certain chemicals found in red wine can cause allergy-like reactions in some people. However, the pros are not sure why such ingredients can cause the nasal mucus lining to become swollen and leave the individual sniffling. If you are prone to sinusitis which can cause runny nose, drinking beer and red wine can cause tissues in your sinuses to become inflamed.

When there’s a growing baby inside the womb, hormonal changes are taking place within a woman’s body big time. It’s exactly for this reason why she tends to encounter all kinds of unusual things, ranging from morning sickness, mood swings to puffy ankles. According to health authorities, the first and second trimesters are notorious for causing runny nose and other allergy-like symptoms.

Tricks to Get Dewy and Flawless Skin

Useful Tips on Recovering from a C-Section

Gluten-Free Recipes to Mimic at Home

Ways to Temporary Color Your Hair

Why You Should Eat More Tropical Fruits