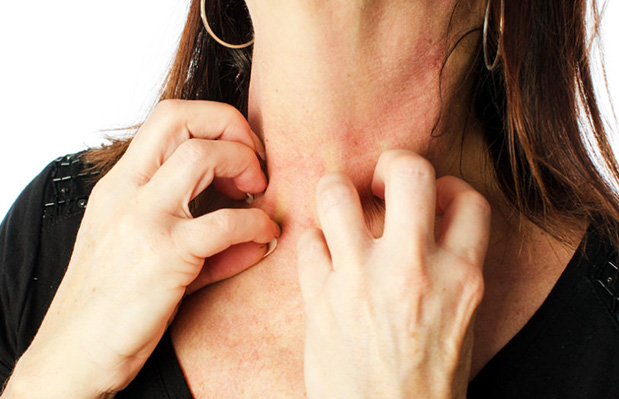 The heart, blood vessels, nerves, kidneys, eyes and ears are all in danger if diabetes is left uncontrolled. Are you aware that the said disease can also affect your skin? In fact, there are all sorts of problems concerning the skin that may strike if one’s blood sugar is poorly managed. In this article, you will learn about skin matters that are related to diabetes.

Don’t forget to share this article on your various social media sites afterwards to know that diabetes is a disease that can impact one’s life in so many different ways.

It may not sound serious, but excessive skin dryness can be a big problem most especially for those who are suffering from diabetes. Dryness of the skin is the result of poor blood circulation. The feet and legs are the ones commonly affected, although the hands and arms may become itchy as well. Scratching is not a good idea as an infection may strike when bacteria attacks the break in the skin.

According to health authorities, people who are terrible at managing their diabetes are more prone to bacterial infections than those who are capable of controlling the disease or do not suffer from it at all. It’s for this reason why they tend to encounter boils often. Boils usually appear on areas of the body where there are hair follicles present. By the way, diabetics are also susceptible to having styes, which are basically boils that occurs on the eyelids.

Other than bacterial infections, fungal infections are also quite common among those who are not capable of putting their diabetes under control. This is why someone with diabetes may constantly suffer from ringworm. All kinds of fungal infections may affect someone who suffers from diabetes, depending on which part of the body is affected. For instance, there’s jock itch that affects the groin and athlete’s foot that affects the feet. Vaginal yeast infections are common in women with poorly controlled diabetes.

In your skin there are special cells that produce the dark-colored pigment called melanin. Are you aware that having diabetes can cause those melanin-producing cells to get damaged? Once that happens, you may end up with patches that are white and have irregular shapes. Such skin condition is called vitiligo. Someone who suffers from vitiligo should regularly apply sunscreen in order to ward off skin cancer.

Health authorities say that poorly managed diabetes can damage the nerves in the extremities, such as those in the foot. This can lead to a loss in sensation, something that can keep you from knowing that you have a foot injury. Open skin sores on the feet which are called foot sores may develop. If they become infected beyond control, your foot may have to be amputated to prevent the infection from spreading to your leg.

Simply put, acanthosis nigricans is the darkening of the skin folds. It also causes the affected skin to become thickened and kind of velvety. This skin problem associated with diabetes tends to primarily affect overweight individuals, and it may actually show up even before diabetes makes its presence known. To date there is no known cure for acanthosis nigricans, although losing weight can help improve the appearance.

Young men with diabetes are usually the ones that suffer from eruptive xanthomatosis, which is characterized by pea-sized skin growths that are firm and yellow in color. Experts say that they are especially common in those with high cholesterol and triglycerides. These growths usually show up on the back of the hands, arms, feet and buttocks. Because they tend to feel itchy, it’s possible for secondary infections to strike.

Also Read   Tips on How to Clean Your Makeup Products
Sourceontrackdiabetes.com
Previous articleHere are the Common Reasons for a Runny Nose
Next articleMedical Conditions That Can Cause Easy Bruising

10 Best Tips on How to Apply Foundation

Reasons for You to Enjoy Pointed Gourd (Parwal)