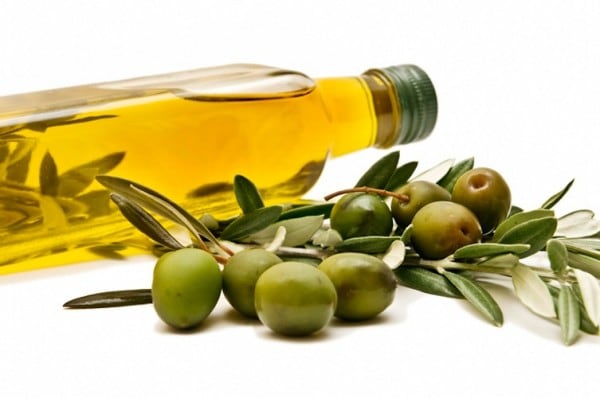 There has always been controversy when we talk about fat and the food that we eat.

Then there’s Extra Virgin Olive Oil (EVOO), which the majority of consumers hail as healthier than the rest.

This kind of oil has been on the menu of Mediterranean cuisine for a long time. And it has been used and consumed by very healthy people from very healthy countries.

A lot of studies have been made on the benefits of this oil. They reveal that fatty acids and antioxidants in the oil promote better health. An example of a good effect is the lowered potential of cardiovascular diseases.

Olive Oil and Its Production

Olive oil as the name suggests, comes from the fruits of the olive tree.

It is the oil that comes out when the fruits are squeezed. It is a fairly straightforward task. Squeeze the oil from the fruit and voila.

There is however, a big drawback with this oil. It can be deceiving. Some products advertised as olive oil are in reality, of lower quality. They are taken using chemicals. Some are even mixed with lesser oils.

With this in mind, choosing the correct olive oil is of utmost importance.

Hands down, the best kind is EVOO, which is squeezed straight from the fruit. It goes through a very rigid screening process to ensure its pureness and quality.

Real EVOO tastes different and it is abundant in phenolic antioxidants. This is the main source of all its amazing benefits.

Other olive oils are produced with unhealthy chemicals, heated or mixed with cheap oils like soybean or canola.

This is why EVOO stands out. And this is why it is the oil you should buy.

Always remember though that some sellers would advertise EVOO, but actually sell olive oil of lesser quality. Always look for a proven source with a good reputation.

What is EVOO made of?

EVOO contains saturated and monosaturated fats, Omega 3 and 6, and Vitamins E and K.

But its real power lies in its antioxidant properties which are always active inside your body, helping in the fight against deadly illnesses.

The more notable antioxidants in EVOO are oleocanthal, which also counteracts inflammation and oleuropein, which prevents LDL cholesterol from oxidizing.

Some critics have continued to point out the lopsided ratio of Omega-6 to Omega-3. Though this is true, the complete number of polyunsaturated fat is low which should not be an issue.

It is a commonly-held belief that recurrence of inflammation is one of the main causes of sicknesses, which include Alzheimer’s, cardiovascular diseases, cancer and many more.

A huge part of EVOO’s success is its anti-inflammatory properties. A lot of benefits originate from this. It has also been observed that oleic acid, which is found in abundance in EVOO, can lower the levels of inflammation markers.

The biggest weapon against inflammation however, is the group of antioxidants in EVOO. This group is led by oleocanthal, which acts quite like ibuprofen. The estimation was that consuming every three to four spoons of oleocanthal will give you the same experience as taking a ten percent dosage of ibuprofen.

Another study reveals that there are nutrients in EVOO which lower genes and proteins in our body that facilitate inflammation.
Also remember that recurring, weak inflammation often takes a long time, sometimes more than ten years, to inflict serious harm and consuming a lot of EVOO can aid in stopping this. It can protect us from illnesses born of inflammation, including cardiovascular diseases.

A big number of health-related deaths in the world are because of cardiovascular diseases, specifically heart disease and stroke.

EVOO fights heart disease in many ways. It lowers instances of inflammation. It keeps LDL cholesterol from oxidizing. It enhances the performance of endothelium, which lines the blood vessels. It stops blood from clotting. It can also effectively reduce blood pressure, and in doing so, greatly relieve the need for BP medication (by forty-eight percent).

With the effects of EVOO, we can expect to witness people happily living their lives with a lowered risk of dying from cardiovascular diseases.

But we’ve only barely scratched the surface. A lot of studies with both animals and humans have revealed that EVOO offers huge advantages for the health of the heart. The findings are good enough to be confident about EVOO. And people who are at risk of cardiovascular diseases should start incorporating EVOO into food preparation.

Cancer hits a big number of people, and is sadly, often terminal. This is caused by an unnatural growing of cells inside one’s person.

Research has revealed that those living in the area of the Mediterranean experience lower instances of cancer. And just like cardiovascular diseases, researchers have speculated that the presence of EVOO in the people’s diets may be a factor.

A potential cause of cancer is oxidation of cells by exposure to free radicals. This is where EVOO, which has great anti-oxidative properties, comes in. The oleic acid In EVOO is a known antioxidant and it has been found to be advantageous to genes that are potential cancer causes.

A lot of experiments done in laboratories reveal that some EVOO compounds can aid in the battle against cancer at the molecular level.

However, we should note that the study of EVOO in preventing cancer has not yet been done with human subjects.

Alzheimer’s is the leading neurodegenerative disease and the number one cause of dementia. A characteristic of this disease is the increase in number of protein tangles which is like plaque in the brain.

An experiment done with animals revealed that EVOO can help rid the brain of these tangles.

Another experiment, this time conducted on humans, revealed that food with a lot of EVOO (like the Mediterranean Diet) yielded positive results for the functions of the brain. It also lowered the possibility of cognitive impairment.

When you cook, fatty acids may go through the oxidation process. They lose their beneficial qualities. Usually, the double bonds in the molecular make-up of fatty acids are responsible for it.

Because of this, saturated fat, which do not have double bonds, can resist high temperatures. Polyunsaturated fat on the other hand, with a lot double bonds are less resistant, and can easily lose their beneficial qualities.

As it happens, EVOO has a lot of monounsaturated fat with a single double bond. This protects it against high temperatures and allows it to retain most of the beneficial qualities.

There was one research conducted where EVOO was subjected to high temperatures for thirty-six hours. It still retained its beneficial qualities.

Another experiment used EVOO to deep fry food. It took around twenty-four to twenty-seven hours before it lost its beneficial qualities.

Generally, EVOO is deemed to be safe in cooking, even at extreme cooking temperatures.

Why You Should Eat More Tropical Fruits

Signs You May Have Insulin Resistance

Ascorbic Acid vs. Sodium Ascorbate: Which Vitamin C is Better?