Health Problems That Your Hands Can Reveal 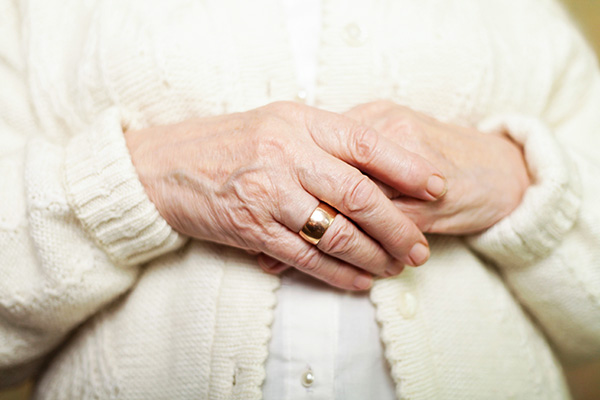 The Different Yoga and Pilates Disciplines

The Signs and Symptoms of Toxic Overload

You know certain things like the back of your hand. But did you know that just by looking at your hands it’s actually possible for you to tell which health issues you are at risk for?

In this article, you will learn about health problems that can be revealed by your hands.

Make sure that you hand over the pieces of information below to your family members and friends by having this article reposted on your various social media accounts later on.

Does your nail bed look white or pale? It may be a sign that you are suffering from anemia, a blood condition in which your body is not making enough red blood cells or RBCs. As a result, your cells and tissues fail to get enough oxygen because the RBCs are the ones that carry oxygen molecules.

Some other signs and symptoms of anemia include pale skin, gums and eyelid linings, dizziness, fatigue, shortness of breath and heart palpitations.

A Dark Streak on the Nail

Make sure that you pay your doctor a visit as soon as you notice the presence of a dark-colored streak on one of your nails. That’s because you may already be suffering from melanoma, a rare form of skin cancer. Just like most other forms of cancer, early detection and treatment is crucial for survival.

Exposure to UV light is not the only cause of melanoma, experts say. They believe that it’s usually a combination of a bunch of things, including environmental factors as well as a family history of skin cancer.

Also Read   Science-Backed Tips on How to Become Happier

Half and Half Nails

Does the color of your nails look uneven? If they’re brown near the bottom and white near the top, immediately consult your doctor. According to an Indian study, participants who had half and half nails suffered from chronic kidney disease. Experts say that the weird nail coloration may be due to certain hormones produced.

By the way, other common signs and symptoms of chronic kidney disease include high blood pressure, shortness of breath, swelling of the feet, skin itchiness and loss of appetite.

If your fingers and toes appear bluish, it’s an indicator of reduced circulation to the said areas. Commonly, it is a sign of what’s known as Raynaud’s disease which causes the blood vessels to spasm. Someone who has Raynaud’s disease may also experience tingling, numbness or pain.

The cause remains unknown to date. In order to keep symptoms at bay, one should avoid smoking and exposure to cold temperatures. There are also medications that can put it under control.

We all know that having shaky hands is sometimes the result of drinking too much coffee or anything that’s sugary as a result of the stimulation in the nervous system. At times it can be due to an anxiety or a panic attack. However, it may also be a sign of essential tremor, a type of nerve disorder that can affect different parts or sides of the body.

Experts say that tremors in just one of the hands may be an early indicator of Parkinson’s disease, so consulting a doctor right away is highly recommended.

Also Read   Things That Increase Your Risk of Catching a Cold

Maintaining an ideal body weight, exercising on a regular basis, having a healthy diet, controlling the blood sugar — these are some proven ways to have your risk of osteoarthritis reduced.

Sourcerd.com
Previous articleMake Your Own Aloe Vera Shampoo for Thicker and Longer Hair
Next articleBeauty Trends That You Should Never Try If You Want to Look Beautiful Forever

Tips to Boost Your Sex Appeal

How to Remove Corn and Calluses Naturally