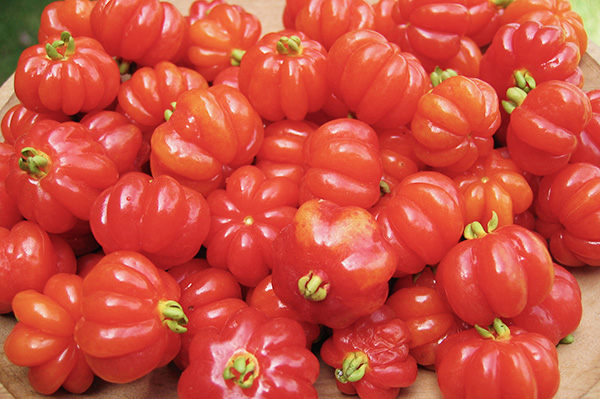 The All-Natural Remedies to Cure Nausea

Pitanga is a fruit that comes from a small tree having the same name, which is native to South America but is also widely cultivated in many different tropical regions across the globe.

Since it is extensively spread all over the face of the planet, the pitanga fruit goes by so many different names. Some of them are cayenne cherry, Florida cherry, red Brazil cherry, Barbados cherry and Surinam cherry. But no matter what it’s called, there is one thing that remains the same: a pitanga fruit is good for the body!

Iron, calcium, potassium, magnesium, phosphorus, and vitamins A, C and B complex — these are the nutrients present in every serving of the pitanga fruit. It also has amino acids, fiber and antioxidants.

Because of the loads of nutrients that it has, consuming a pitanga fruit on a regular basis is so beneficial. Having this exotic fruit included in your diet should not be that tricky since it has a really pleasing taste, which is a blend of sweet and sour, just like some of the most well-loved fruits on the planet.

So without further ado, let’s check out the perks of consuming the pitanga fruit regularly:

There are a couple of ways why the regular intake of a pitanga fruit is good for your cardiovascular system. First, it is packed with antioxidants that help keep the arteries from becoming clogged. It’s a terrible, terrible thing for the arteries to end up congested because the supply of oxygen to the heart can become impeded. When that happens, there is something life-threatening that may strike, and that is a heart attack!

Second, a pitanga fruit is rich in potassium that helps keep the blood pressure stay within the normal range. Doctors say that high blood pressure is a risk factor for heart disease, heart attack and stroke.

Consuming the pitanga fruit regularly is good for preventing iron-deficiency anemia. That’s because it supplies the body with iron, a mineral that’s necessitated by your body for the production of red blood cells or RBCs.

Some people, according to experts, are at higher risk of iron-deficiency anemia, and they include pregnant women and those who bleed heavily during their period. By eating the pitanga fruit and other iron-rich foods regularly, the said individuals may be able to steer clear of having iron-deficiency anemia effectively.

A pitanga fruit, just like so many other exotic fruits, is a phenomenal source of vitamin C. It’s no big secret that the said vitamin is important for making your immune system strong. Having a strong immunity means that your body is more adept at shielding itself from infection-causing bacteria and viruses. In other words, eating vitamin C-rich pitanga fruits regularly can help in lowering your risk of the common cold, cough and flu.

Did you know that vitamin C is also necessitated for healthy and young looking skin? Other than being an antioxidant that zaps skin-damaging free radicals, vitamin C is also a precursor to collagen production. Collagen is the one that makes your skin firm so it doesn’t sag and form wrinkles.

Because of the loads of antioxidants present in the pitanga fruit, eating this exotic treat on a regular basis may help in keeping deadly cancer from striking, say doctors. That’s because antioxidants fight off excess free radicals that can cause cellular mutation, which is something that can lead to cancer formation.

There is a particular form of cancer that a pitanga fruit may help ward off effectively, and that’s colon cancer. It’s for the fact that this fruit is so rich in dietary fiber that flushes cancer-causing toxins out of the gut.

Sourcepinterest.com
Previous article
Frustrated That Your Nails are Growing Slowly? Try These Home Remedies for It
Next article
Got Stretch Marks on Your Behind? Try These Effective Tips

How to Detox Your Body If You Just Quit Smoking