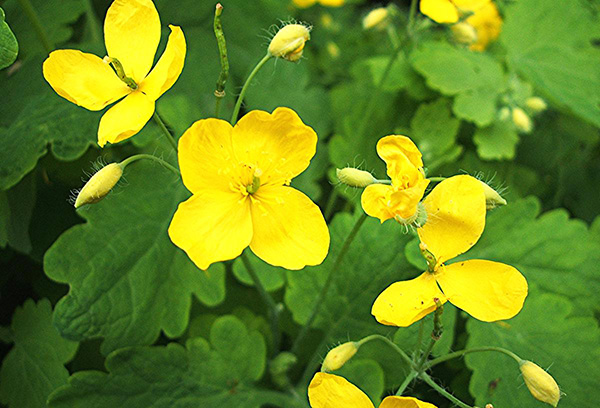 An Overview of Pilates Reformer

Tricks to Making Your Manicure Last

Greater celandine is a perennial herb that can grow rapidly. It’s hard to miss this herb — it bears bright yellow flowers with four petals, and it has deep-green leaves with wavy margins. Greater celandine also comes in a variety of other names. Some of them include common celandine, tetterwort and swallowwort.

A part of the poppy family, greater celandine is native to Western Asia and numerous parts of Europe, but widely grown in North America these days. While available in capsule and tincture forms, the herb is commonly employed as tea. Parts used are the stems, leaves and flowers, while the roots are rarely utilized for medicinal purposes.

For making greater celandine tea, the fresh leaves are the ones that are usually used. A couple of teaspoons of chopped up greater celandine leaves may be allowed to steep in a cup of boiling water for about 10 minutes. Herbalists recommend taking the said tea up to thrice a day for best results.

Below you will find some of the health and beauty benefits offered by greater celandine:

When used topically, greater celandine is a marvelous microbe zapper. This is exactly why the herb is used traditionally for disinfecting minor wounds and burns for so many years now. Killing off bacteria in the presence of a break in the skin is important for keeping an infection from striking.

It Kills Fungi, Too

Greater celandine is not only capable of eliminating bacteria, but also fungi. There are so many skin problems that stem from a fungal infection, and some of them include ringworm, jock itch and athlete’s foot. Needless to say, all of these skin issues can be remedied with the help of greater celandine.

It Heals Other Skin Problems

You can count on the topical use of greater celandine if you have warts, which are caused by the human papillomavirus or HPV — the herb has antiviral properties, too! Traditional healers also use greater celandine for the treatment of various chronic skin conditions like eczema and psoriasis.

It Supports the Immune System

Because greater celandine is capable of fighting off bacteria, viruses and fungi, it can be used to help defend the body against those invading disease-causing microbes. In other words, greater celandine may be employed to help strengthen a person’s immune system.

It Promotes a Healthy Gallbladder

The intake of greater celandine is commonly recommended by herbalists for the treatment of problems concerning the gallbladder. Similarly, the herb also encourages the production of bile, which is important for fat metabolism. Needless to say, a well-functioning gallbladder is crucial for proper food digestion.

It May Lower Risk of Cancer

Numerous studies suggest that greater celandine may help fight off cancer. The reason for this is the presence of a strong compound called sanguinarine. According to experts, sanguinarine is something that can encourage the so-called apoptosis, which means that it can cause those malignant cancer cells to kill themselves.

Herbal experts say that high doses of greater celandine can be toxic. However, the herb can be very beneficial if it’s used in the proper dosage and manner. Some people may react negatively to some of the biological compounds in greater celandine, and the herb’s usage must be stopped upon the presence of unfavorable side effects.

Also Read   Should You Buy and Apply MSM Cream to Look Beautiful?

Pregnant women and lactating mothers should not take greater celandine in any way or form. If you are intending on using the herb for any medicinal or therapeutic reason, make sure that you talk to your doctor first. This is especially true if you have a medical condition and are taking prescribed medications for it.

5-Ingredient Smoothies that You Need to Try

Home Remedies for a Greasy Scalp

Diabetics Guide: Replace Your Sugar With These 6 Artificial Sweeteners

Get to Know Some Top Alternatives to Antacids