There are many different types of psoriasis known to man, and the 2nd most common of them all is guttate psoriasis. Just like what the name says, this skin condition is characterized by marks on the skin that resemble drops. In other words, someone with guttate psoriasis won’t develop scales or plaques, but drop-like pinkish markings on the skin.

One of the leading triggers of guttate psoriasis is said to be strep throat, which is inflammation of the throat due to a bacterial infection. Medical experts say that it may actually take as long as 3 weeks after suffering from strep throat before guttate psoriasis makes its presence known.

However, there are also a few other things that can cause guttate psoriasis to strike. Just like with any other type of psoriasis, stress is a common culprit. The diet is also often to blame, in particular the kind that contains foods known to trigger an inflammation within, which can lead to psoriasis exacerbation.

Steroid creams used topically are available OTC, but it’s something that may not be the best treatment for those who are suffering from guttate psoriasis. That’s because the skin condition usually causes the markings to be scattered, and it’s contraindicated for topical steroids to be applied on large areas of the skin at a time.

It’s for this reason why a lot of people who are bugged by guttate psoriasis prefer to employ all-natural solutions for putting the problem under control. If you happen to be diagnosed with guttate psoriasis and your doctor gave you the go signal to deal with it naturally, here are some home remedies that you may try:

Having guttate psoriasis or any other type of psoriasis requires you to be very careful with what you put in your mouth. Make sure that you avoid foods that trigger inflammation to ward off exacerbation of the problem. Some of these triggers include dairy, eggs, and grains. Sugary stuff and alcohol are included, too.

While eliminating inflammation-causing foods in your diet, you should introduce more inflammation-fighting ones into it. Olive oil should definitely be a part of your diet. The same is true with fatty fish such as salmon, herring, trout and sardines. Sprinkle some turmeric on your favorite treats as it’s an excellent fighter of inflammation.

One herbal tea that is revered for its ability to fight off inflammation is chamomile tea. Also, it has calming properties which make it very helpful come night time and your guttate psoriasis is acting up. You may also apply chamomile tea that is cooled to room temperature on problem areas for relief from symptoms.

The gel inside the aloe vera leaf is very good at easing all sorts of skin conditions, and that includes guttate psoriasis. Whenever your skin problem is bugging you, simply apply aloe vera gel on trouble spots. You may also regularly consume pure aloe vera juice in order to attain healing from within.

Just like what’s mentioned earlier, stress is something that can trigger or exacerbate guttate psoriasis as well as other types of the skin condition. It’s exactly for this reason why it is a good idea for you to perform activities known to lower one’s stress levels, such as having a massage, doing yoga or listening to calming music.

Soak Up the Sun

A very effective remedy for guttate psoriasis that is also free of charge is exposing your skin to the sun. Doing so can help speed up the healing process. At least 10 minutes of sun exposure daily is good enough for guttate psoriasis. Make sure that you avoid the sun between 10 in the morning and 4 in the afternoon. 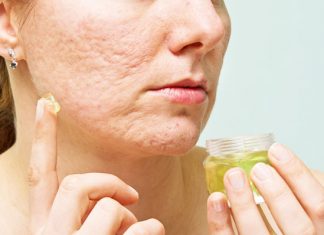 Steps to Making Your Own Acne Gel

Melinda Hoppernman - September 10, 2017 0
Acne breakouts are always a bother for many of us that we tend to have an over-the-counter cream or ointment on hand to take...

WHAT TO LOOK FOR IN FOOD LABELS

25 Mind-Blowing Hacks To Get Flawless Eyelashes Every Time