Got Painful Breasts? Here are the Likely Culprits 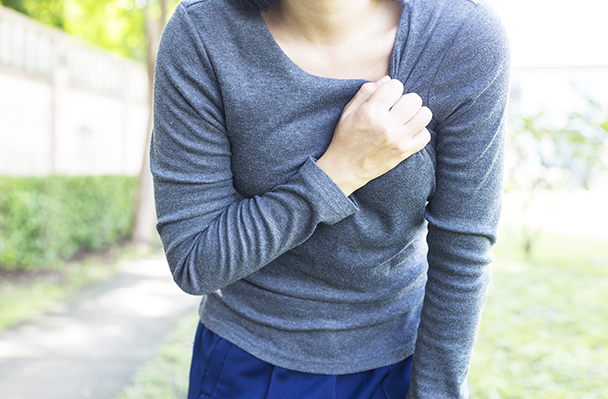 Superfoods to Eat for Healthy Hair

According to experts, almost 70 percent of women complain of breast pain at least once in their lives, although only about 15 percent of cases require medical treatment. The kind of pain commonly reported range from burning, sharp, tightening to tenderness, and such can be felt on both breasts, only one breast and even in the underarms.

There are many different things that can cause painful breasts, and some of the most common of them all are briefly discussed below.

Despite what many women assume, not all growths in the breasts are cancerous. Sometimes lumps that are felt in the breasts are merely cysts, and they are oftentimes caused by harmless changes in the milk ducts or glands. Most of them are filled with fluid, and they can be soft or firm. Many cysts enlarge during a woman’s period, and then go away on their own upon reaching menopause.

It’s possible for the breasts to become infected such as during breastfeeding if the milk ducts become clogged up, although it may also strike due to other circumstances. This infection is what doctors are calling mastitis. Since there’s an ongoing bacterial activity, it’s not unlikely for a woman with mastitis to also have fever and fatigue together with breast pain. The administration of antibiotics is one of the treatment options available.

Even though it sounds something really serious, the fact is fibrocystic changes in the breasts are completely harmless. One or both breasts can feel swollen, tender and lumpy, and sometimes there may be discharge from the nipples as well. Since it’s due to fluid buildup, a diet that’s low in sodium is often recommended. The intake of coffee and other caffeinated beverages are usually discouraged, too.

Certain medications are known to cause or contribute to breast pain. In fact, some of them are usually taken by a lot of women, such as orally-administered hormonal contraceptives and estrogen and progesterone preparations intended for dealing with the symptoms of menopause. Other medications that can cause the breasts to feel painful are antidepressants, diuretics and some for managing infertility.

The ribs are connected to the sternum or breastbone with cartilages. Sometimes these cartilages can become inflamed due to things such as arthritis, injury and physical strain. Even though it’s true that costochondritis has nothing to do with the breasts, the pain it produces can sometimes be felt in the breasts themselves. Women 40 years old and above are said to be more prone to having costochondritis.

Most cases of breast cancer do not cause any pain. However, some of them actually can, in particular the kinds that are inflammatory in nature. A woman should report to her doctor anything unusual about her breasts, such as a lump that stays even after her period, nipple discharge, and infection-like signs and symptoms like redness and pus.

Something as simple as wearing a bra that does not fit properly can cause breast pain. Such is the case no matter if the bra is too tight or too loose. When shopping for a bra, it’s very important for every woman to make sure that it provides utmost support. It’s also a good idea for a woman who is seriously into exercising to put on a sports bra to keep breast pain from striking.

Certainly, undergoing breast surgery is something that can cause the breasts to become painful. It’s immediately after the procedure when the pain is at its worst, and then gradually going away as healing is attained. However, it’s not unlikely for some pain related to undergoing breast surgery to last for 6 months or longer, such as when there’s inflammation or nerve damage.

Sourcehealthywomen.org
Previous articleClub Hair: No, It’s Not a Trendy Hairstyle
Next articleDo You Have White Bumps Under Your Eyes? Read on to Know What They Are

Habits That Can Hurt Your Neck

Face Slimming Tricks that You Have to Try