Why You Should Give Moonbathing a Try, According to Proponents 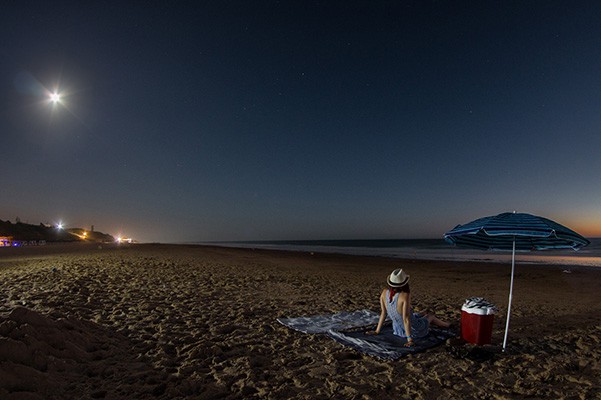 How to Make Brownies That are Free of Gluten

Everyone has heard about sunbathing, but not too many people are aware of moonbathing. Just like what the name says, it’s basking in the light given off by the moon, which is basically just light emitted by the sun that bounces back from the said celestial body dominating the night sky.

Needless to say, moonbathing can only be performed at nighttime if you wish to give it a try. It’s something that can be done outdoors as well as indoors — provided that enough moonlight can get in. Proponents also suggest minimal clothing, too, but being naked is the best if moonbathing can be performed in the comfort of one’s home.

We all know that moderate amounts of sunlight can help give skin that head-turning glow, which can make you look young and healthy. More importantly, allowing your skin to be touched by the sun supplies your body with vitamin D, a nutrient so important for many things, from regulating the mood to keeping one’s risk of osteoporosis reduced.

Can moonlight also offer you the same benefits? Perhaps, say moonbathing proponents. One should not discount the fact that the light emitted by the moon is basically sunlight, even though it is 500,000 less brighter than the sun. However, it’s exactly for this reason why it is thought by the rest that moonlight offers no significant benefits.

They add that moonlight consists more of red and yellow spectrums. What’s so noteworthy about that? To date, scientists cannot artificially replicate the properties of moonlight, but they seem to have no problem whatsoever in reproducing light that possess the properties of sunlight.

Also Read   Make up Don’ts for Your First

Besides, moonbathing proponents allege, since the human body consists of about 80 percent water, there has to be some profound impact that the moon poses given the fact that it is capable of determining the tides.

Clearly, it is during full moon when one can enjoy much of the benefits of moonbathing, advocates say. The reason behind such is quite obvious — it is when the light of the moon is at its brightest. It’s also during a full moon when indoor bathing in the moon becomes very much possible as lots of the bright moonlight can easily get in.

However, proponents of moonbathing say that it is possible to bask in the moon regardless of its phase. In fact, they say that every different phase has its own unique perks to offer.

For instance, the first quarter of the moon is said to give off light that is beneficial especially for convalescence people, teens and those who are part of the finance sector. Waning gibbous provides light that is helpful for the elderly. Waxing gibbous, on the other hand, emits moonlight that offers an assortment of perks for pregnant and nursing moms.

Whether or not you believe the claims of advocates of bathing in moonlight, it cannot be denied that basking in the moon comes with an assortment of perks.

For instance, taking a quick stroll outside when the moon is shining can actually help lower stress levels. Hearing the various relaxing sounds of nature in the stillness of the night, like the chirping of crickets or croaking of frogs, can boost the relaxing properties of moonbathing — although the same may not be said for city-dwellers.

The moon won’t hurt your eyes and burn your skin, which means that you can stare at and stay under it as much as you want. Walking while bathing in the moon is also a great form of exercise. It is low-impact, which means that it’s great for all ages and fitness levels, plus it won’t leave you sweating and panting unlike when it’s done in the middle of the day.

Sourceismaelyunta.com
Previous article
Tips on How to Start a Plant Based Diet
Next article
Treat Snoring with Essential Oils

Drink This to Burn Almost 500 Extra Calories a Week

Signs You Need to Undergo an Eye Exam

Hacking your Kitchen: The Many Other Uses of Muffin Tins!