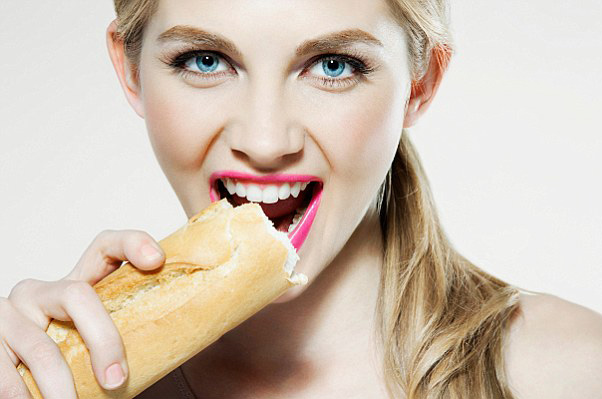 Makeup Tips and Tricks for Teens

When your stomach is grumbling, you eat to get it pacified. But did you know that there are certain foods that leave you hungrier when you eat them? If you are trying to lose weight, then reaching for the said foods is a terrible idea as they will only leave you craving more foods!

So without any more ado, check out the foods that you should avoid each time you are feeling hungry so that you don’t wind up hungrier, which can easily make those unwanted pounds coming.

There are a couple of reasons why consuming white bread is a complete no-no when you are hungry. First, white bread is made from refined flour which is devoid of some of the most important parts of grains, which are the bran and germ. Second, nutrition experts say that white bread can make your sugar levels spike, and this is a total nightmare because it will only leave you feeling so hungry once they drop.

Just like white bread, white pasta is something that can increase your hunger when you consume it because it’s made from refined flour and it can cause spikes in your blood sugar levels. There is one thing more that makes pasta a dreadful choice whenever you’re feeling hungry: the unhealthy sauce that it is commonly slathered with. As a general rule of thumb, steer clear of anything white if you don’t want to end up hungrier than when you started eating.

Speaking of unhealthy pasta sauce, cheese is another thing that you should steer clear of if you don’t want your hunger to go through the roof. According to scientists, certain protein compounds in cheese can make you crave more and more of it. In addition, cheese contains fat and sodium, both of which can wreak havoc to your figure. To be on the safe side, don’t just evade cheese, but also other food products that contain milk.

If you think that snacking on a handful of chips or pretzels can make your hunger go away, better think again. Nutrition experts say that foods that are high in sodium will satisfy your craving for something salty, but not something sweet. So naturally after finishing off as serving of your favorite salty treat, it’s very much likely for you to look for something laden with sugar. Besides, most salty snacks are out of refined flour, which is a complete appetite booster.

While it’s true that a lot of Chinese foods contain good amounts of vegetables, which are heavy on the stomach, the truth is consuming them can leave you feeling hungrier than before. The reason for this is because Chinese foods tend to be loaded with monosodium glutamate or MSG, something that can dramatically increase the appetite. It’s no wonder why studies have shown that people who ate the most MSG-rich foods tend to be heavier than those who didn’t.

Low-Fat or Fat-Free Anything

Most people who are trying to drop excess pounds opt for food products that are low in fat or completely devoid of it. However, this is actually a very bad idea because the absence of fat can make eating a less stomach-satisfying experience, causing you to crave for other foods that are more fulfilling. Besides, fat also makes food pleasing to the taste buds, and that’s why its absence can make your mouth long for anything that tastes so much better.

Consuming beverages that are sweetened artificially should be perfectly fine because they contain no sugar, right? Wrong, say the experts. Each time you glug down something that has artificial sweetener in it, your brain prepares your body for the loads of sugar that will flood your system. When no sugar is detected, it will cause you to crave anything that actually has sugar in it. Artificial sweeteners are also known to mess up with the brain’s hunger control centers.

The New Trends in Makeup

Vitamins for Hands and Nails

Signs You May Have Hormonal Imbalance