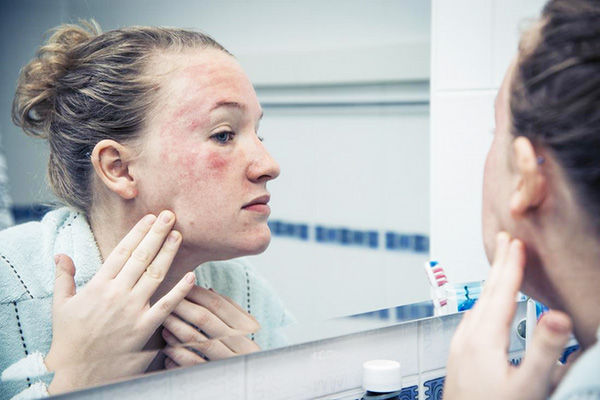 Foods to Dodge If You Have Iron-Deficiency Anemia

How to Heal Wounds Faster Naturally

No, sun poisoning doesn’t mean you have been poisoned by the sun and that you have to take an antidote ASAP. It is just like sunburn, but a very severe form of it. Actually, some of the signs and symptoms it presents are kind of similar to those of an allergy. A relatively rare and unknown condition, sun poisoning can be dangerous if left untreated.

Sun poisoning can be both acute and chronic. Most of the time, the acute kind is something that can be easily treated at home as its signs and symptoms are mild, and it tends to disappear in a few days. On the other hand, chronic sun poisoning can be very serious, thus it usually requires prompt medical treatment.

UV radiation — this is the culprit behind sun poisoning. This only means that individuals who spend a great deal of time under the sun are at high risk of having sun poisoning. However, there are people who are known to be simply more susceptible to it, and they include those with fair skin, blue or green eyes, and light-colored hair.

There are instances in which a pre-existing condition can give rise to sun poisoning. Some examples include lupus and eczema. Then there are people who are at high risk of sun poisoning due to genetic reasons. Experts say that certain nutritional deficiencies and medications may also be regarded as a risk factor.

Sun poisoning also tends to cause signs and symptoms that are often encountered during allergies. For instance, it’s not unlikely for the affected areas of the body to form bumps or blisters that are very itchy. Redness may also be present, and the problem areas at times may look very much similar to the lesions that eczema is known to bring.

There are also symptoms associated with sun poisoning that can be easily mistaken for some other problems, like the flu. Some of them include dizziness, nausea, headaches, and even chills and fever. When these things are experienced after prolonged sun exposure, the person should get medical attention right away.

Severe sun poisoning warrants a trip to a medical facility, most especially if some of the last few signs and symptoms mentioned earlier are being experienced by the concerned individual. Mild cases of sun poisoning, on the other hand, may be remedied at home. Some of the things that may be done are the following:

Small pieces of cloth or cotton pads that are soaked in cold water may be placed on the affected areas of the body for immediate relief.

Whether its sun poisoning or sunburn, placing used tea bags dunked in cold water on the skin can offer much-needed respite from the signs and symptoms.

It’s very important for the individual to drink plenty of water in order to replace lost fluids and electrolytes while spending time under the sun.

A little aloe vera gel may be daubed on problem areas. If aloe vera gel is not available, aloe vera juice that’s 100% pure may be used in place of it.

Also Read   Makeup Do's and Don'ts for Everyone

A cup of uncooked oatmeal pulverized using a coffee or spice grinder may be dissolved in cool bathwater to help deal with the signs and symptoms.

Since the reason behind sun poisoning is the same thing that causes sunburn, preventing it from striking is just like trying to save the skin from being sunburned. Limiting exposure to the sun, using an umbrella or wearing protective clothing, and generously applying sunscreen are some of the smartest ways to prevent sun poisoning from happening.

Sourcemedicalnewstoday.com
Previous article
How to Have Pregnancy Glow Without Being Pregnant
Next article
Foods That Leave You Hungrier

Tips on How to Avoid Loose Skin after Losing Weight

Get to Know the Various Beauty Uses for Key Lime

How to Make Your Own Vegetarian Power Bowls

Things that You Can Do with a Severe Headache