Everything You Need To Know About Ovarian Cysts 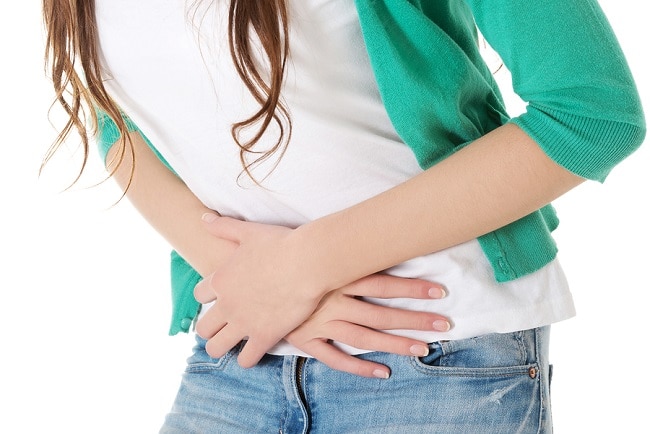 Surprising Reasons You Could Be Losing Your Hair

Reasons Why Having High Blood Sugar is Bad for You

Cysts are fluid filled sacs that can form in different parts of the body. Ovarian cysts are basically cysts found in the ovaries. Most women experience ovarian cysts during some point in their lives. These cysts usually pose no threat to the woman’s health nor does it present any sort of discomfort. However, it differs from case to case.

There are those special cases where in, it complicates and prove to be quite a headache. Majority of ovarian cysts usually disappear by just leaving it alone. You wouldn’t even have to see a doctor. The best way to figure out if you have an ovarian cyst is to go to the hospital and have an ultrasound. There are various reasons why an ovarian cyst would appear. Here are the different types of ovarian cysts.

– Functional cysts, this occurs during the ovulation period of a woman, the cysts tend to form when the egg is not released or the sac follicle of the egg does not dissolve once the egg is released. Just like every other cysts this does not hurt but when it gets way too large and erupts, it has proved to bleed and be very painful.

– Polycystic ovaries, this usually happens when the follicles where the eggs mature fails to open. This causes the cyst to form. This cyst can also be approached as polycystic ovary syndrome.

– Cystadenomas-filled with liquid this cyst forms out of the cells on the surface of the ovary.

– Dermoid cysts- particularly related to the teeth skin and hair. It is also equally similar to the other cysts which a filled with fluid,

Now that we know the types of ovary cysts, the question remains. What cause them? The cause of ovarian cysts or tumors may vary.

The cause for a specific case, would not be the same cause for the next person with the same similar problem. Tumors can form in the ovaries the same way they can form in other parts of the body. Sometimes they appear to be cancerous and sometimes not. If they happen to be cancerous they are classified under the group of malignant. Here are some of the reasons researchers think may cause ovarian cysts or tumors.

-Taking fertility drugs. These drugs highly impact the hormones of a woman. Playing around with hormonal drugs can cause a lot of changes and side effects to a woman’s health. An ovarian cyst is one of them., If you are taking fertility pills, you should be weary of ovarian cysts as you might have a high chance of growing one. But do not be alarmed because these can be treated and most times do not require any medical attention whatsoever.

– Age and obesity; being at a certain age there’s a certain weight average we are supposed to maintain to be considered healthy. If you are generally out of shape and are towards your golden ages, you should consider getting healthy. The combination of age and obesity can cause quote a problem from you. It could be an ovarian cysts or something way more intense than that. These are just a few causes of ovarian cysts. In reality, no one really knows the cause of ovarian cysts because the can appear out of nowhere sometimes. However, if you are experiencing some of the symptoms listed below you might want to consult with your doctor because it might be that you have an ovarian cyst.

Also Read   How to Prevent Dizziness After Eating

– Lower back pain and pain in the abdomen – Problems urinating and or always running to the bathroom to urinate, a common symptom of a urinary tract infection.

– Pain during or after sex

Having these symptoms nay not necessarily mean you have an ovarian cyst, knowing that these are just common symptoms for everyday woman problems. These symptoms can also be linked to other illnesses so it’s always advised to see a specialist so you do not get misdiagnosed. However, if you would want to rid yourself of the pain from your home, here are a couple of ways on how you can do so.

There are different types of herbs that can be used to help balancing your hormones and regulating your ovulation. Based on the fact that these are the common causes of the cysts. Most of these herbs are root based, like black cohosh root, dong quai, wild yam and maca root. If you happen to have any of these in your kitchen or growing in your garden, then a daily dosage of these can help you balance your hormones preventing you from having any cysts or any problems in relation to your ovaries. A diet change is also recommended to help curb this issue.

Sourceimg: www.naturalon.com
Previous article
Essential Oils: A Natural Remedy for Depression
Next article
Exercises You Can DO Anywhere you Go