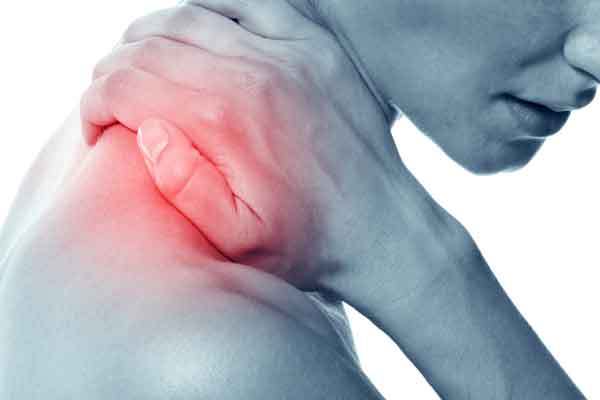 What’s Your Eye Color Says About Your Health

Skin Care Tips for the Winter

Eight Guidelines for Fibromyalgia Patients Fibromyalgia affects one out of every fifty Americans, nobody knows exactly what causes it. Because of this, it’s very difficult to find an exact cure for this. Scientists around the world are currently looking for a way to relieve people of the recurring pain of fibromyalgia. A lot of individuals seek relief through treating themselves naturally. And there have been only a handful of research done on these natural treatments which means that the only way to prove that they are effective if to try these treatments. Consult your physician as to which method is best.

According to some studies, those afflicted by fibromyalgia have vitamin D and magnesium deficiency. But even if this is the case, it’s has yet to be proven that taking in more magnesium or vitamin D can have positive effects. It has been proven though that D vitamins affect the functions of nerves and muscles quite favorably. In a recent research, thirty females with the disease reported as to having better quality of lives after taking supplements with D vitamins. But it’s also worth noting that a few researchers didn’t discover a significant correlation between the disease and the level of D vitamins in the body.

This is one of the most ancient and traditional treatments for recurring aches and pains that dates all the way back to old China. Unlike Vitamin D, a lot of research has been done on the efficiency of acupuncture when treating the disease. A handful of research supports acupuncturing combined with a small, regulated electrical current. It was also noted that it provides temporary, not long-term relief.

Also Read   What is Gastritis Diet?

Increasing SAMe levels in the body

SAMe is a natural substance produced regularly in the body and it is part of a lot of the physique’s functions. But it is not known whether it provides relief of aches and pains. The substance though has been discovered to be effective against depression and the pain of arthritis. Other research shows that having the substance in your system might take away symptoms of the disease such as pain, tiredness and stiffness. Very few research has been done on the effects of the substance and all of the research has found to be effective or advantageous. Some more studies are needed on the substance which isn’t in food, but can be bought in capsule-form in drug stores.

This is a very popular kind of therapy for people with body pain. A lot of people afflicted by fibromyalgia try this kind of therapy. It’s difficult to see the advantages in an official research, but many people testify as to its effectiveness in providing relief for all kinds of aches and pains. This kind of therapy is known to be safe (as long as it is done right). It helps loosen up tightened muscles and makes the body relax at the same time. But like the previous treatments, it most probably will not be a long-term solution for the disease.

Capsaicin, from pepper plants is renowned for being effective against bodily aches and pains. It is also an active ingredient in numerous supermarket and drug store products. When you rub a body part with capsaicin, it causes the body to release what we call P substance. As the levels of P substance goes down, so does the pain. Capsaicin was found to be effective against pain caused by diabetes and cancer. It might be a temporary solution for fibromyalgia.

This kind of therapy is physiological than anything else. It uses the bond between your brain and your body to keep the bodily aches and pains from the disease at bay. Tensions in the muscles, temp of the skin, as well as the measurement of brain wave activity can all contribute to biofeedback. It is known to be very effective when it is combined with another form of therapy. Just like the other therapies on this list, its effectiveness has yet to be proven.

This is considered as an alternate treatment wherein the chiropractor manipulates your spine, realigning it to provide relief for the pain, improvement of bodily functions and natural healing. A lot of research has been conducted to study the effects of this kind of therapy on recurring bodily aches and pains. It has been proven to be beneficial to those who are suffering from back aches and neck pain.

This is a hormone that occurs naturally in our physiques. It has been found to aid in the sleep cycle. As a pill, it can help people sleep and it provides relief for those who are depressed or often tired. But like all the treatments here, it lacks proof that it indeed helps the body fight fibromyalgia.

Previous articleCastor Oil: That Bitter Yellow Stuff that Does Everything
Next articleHow to Properly Disinfect Your Living Space after an Illness

Hate Eating Apple Peel but Want to Enjoy the Perks It Brings? Then Turn It Into Tea!

Helpful Tips to Eating Healthy on a Budget

Signs and Symptoms of Hormonal Imbalance