Types of Cancer Linked to Obesity 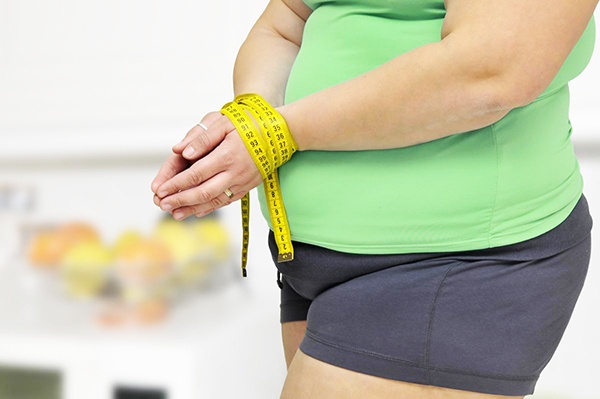 Herbs to Relieve Back Pain, Inflammation, and Swelling

Everyone knows that being obese can increase a person’s risk of suffering from heart disease. Unfortunately, not a lot of people are aware of the fact that it’s also something that can increase the likelihood of certain cancers to come into being — 13 of them, according to a 2016 report provided by the International Agency for Research on Cancer or IARC that’s based in Lyon, France.

Read on to come across the 13 different types of cancer linked to obesity.

The lining of the uterus is referred to as the endometrium, and some of its cells can become malignant.

Based on scientific investigations, endometrial cancer is 2 to 4 times more likely to affect obese women than women who are at a healthy weight.

According to statistics, ovarian cancer is commonly seen in women who are obese. Experts put the blame on estrogen produced by excess fat cells in a woman’s body, which is something that can encourage ovarian cancer development.

Men and women who are obese are said to be 30 percent more likely to end up battling colon cancer than those who are at a healthier weight. Experts say it can be blamed on the fact that excess fat cells can actually produce hormones that can trigger the formation of colon cancer cells.

A lot of obese individuals suffer from what’s known as gastroesophageal reflux disease or GERD, and GERD is regarded as a risk factor for the development of esophageal cancer.

Gastric cardia cancer — it’s a type of cancer that affects the upper part of the stomach.

It is said that people who are obese are twice as likely to suffer from this type of stomach cancer. However, doctors say that an imbalance in gut bacteria is also a contributor.

There are as many as 20 different types of kidney cancer, doctors confirm. The most common type is what’s known as renal cell cancer. It is said that those who are obese are twice as likely to end up having the said type of kidney cancer

Compared to people who are at a healthy weight, obese individuals are twice as likely to suffer from liver cancer.

According to experts, one of the leading risk factors for liver cancer is inflammation caused by an assortment of liver-related problems such as hepatitis. Excess fat in the body can also cause inflammation, and this must be the reason why obese people have greater chances of developing liver cancer than anyone else.

Obese people have 50 percent chance of winding up with pancreatic cancer than everyone else, doctors confirm. The pancreas is the organ that secretes insulin, and insulin resistance is a risk factor for many types of cancer.

In the neck lies a butterfly-shaped gland called the thyroid. Being obese is said to increase a person’s risk of suffering from thyroid cancer. Sadly, a link between body weight and thyroid cancer is yet to be established.

Experts say that the inflammation-causing hormones produced by excess fat tissue in the body can cause cells behind multiple myeloma to grow, and that’s why this blood cancer is 20 percent more likely to affect obese people.

There is a type of brain tumor that begins to form in the meninges, or the delicate outer membranes of the brain and spinal cord, and it’s called meningioma. Doctors say that meningioma risk is 50 percent higher in individuals who are obese.

Sourcehealthclubmanagement.co.uk
Previous articleDermatologists Tips on How to Relieve Dry Skin
Next articleHair Masks to Try for Your Colored Hair

How to Make a Facial Spritzer That Will Wake You Up

The Benefits of Eating Oats for Breakfast

Milk Thistle Extract and Its Many Health Benefits