Why are you in pain? Heartburn is as American as hotdogs and apple pie. In fact, more than 60 million people experience heartburn at least once in a month. And for people who suffer from GERD (gastroesophageal reflux disease), heartburn is almost always a common occurrence.

There are a lot of things that can trigger heartburn. Some of it is pretty obvious—chocolate cakes, chilli dogs, and most Thanksgiving recipes. But you must understand that heartburn does not start and stop with food intake alone. If you’re experiencing heartburn on a constant basis, then it’s time to zero-in on the real culprit. Read on to know the often overlooked reasons for having heartburn.

As if you need another reason to stop this nasty habit: smoking tends to make GERD worse. How? Because smoking can weaken the valve located between your esophagus and stomach which makes your stomach acid to flow back to your esophagus, ergo, that particularly burning feeling that you are experiencing once heartburn attacks. Smoking also cuts down your saliva production which is the one that would normally flush out the stomach acids out of the esophagus, thanks to its natural-acid fighter called bicarbonate. So if you want some relief fromheartburn, start with not smoking.

Are you prone to having frequent bouts of heartburn and headaches? If so, then you better think twice before reaching for that container of Ibuprofen. Studies have shown that when used on a regular basis, NSAIDs (non-steroidal anti-inflammatory drugs) like naproxen or Ibuprofen can cause heartburn. Other
prescription meds like antibiotics, bronchodilators, calcium channel blockers and more can also trigger the same. Better consult your doctor especially if you think that your heartburn is brought forth by your other medications.

Fish is rich in omega3-fatty acids—a natural supplement that can help in the management of heart diseases, depression and countless other health predicaments. Unfortunately, this wonder of a fatty acid can also cause heartburn. The oil, not really the fish, appears to be what’s causing the upset on the gastrointestinal side. Fish itself is low on fat but high in protein and can be used as food for people who suffer from heartburn if cooked in a healthy, non-heartburn inducing recipe.

Stress is a major heartburn trigger, but the relationship is a bit trickier than you might think. Contrary to popular belief, stress do not cause an off-the chart increase in the stomach acid production of the body. However, in a study published in the Journal of Psychosomatic Research, it was suggested that a
heartburn sufferer’s perception of his or her symptoms are what’s associated with stress and not the actual levels of the stomach acid of the patient.

5. Peppermint
When it comes to the affairs of the stomach, peppermint, much like fish oils, can act as a double-edged sword. Peppermint tea, peppermint oil and even peppermint candies are being used to soothe an upset stomach, however, the same can backfire with people who are GERD sufferers. The relaxing effect of the
peppermint can relax the valve (esophageal sphincter) that separates the stomach and the esophagus, and when this happens, stomach acids can flow back to the esophagus which results to pain.

Did you know that the more overweight you are, the more likely you’ll suffer from heartburn? In a study published at the Journal of the American Medical Association back n 2003, it was found out that the risk for acid reflux symptoms is directly proportional to the person’s BMI or body mass index—meaning, the harder you tip the scales, the greater your risks. Explanations for this association tend to vary though. Excess fats in the abdomen, poor nutrition, and chemicals released by body fats have all been
mentioned as possible culprits.

If you’re wondering why you’re suffering from heartburn, take a good look across the dinner table—your parents, not the plates, may be partly to blame. In the recent years, studies have shown that roughly 30%-45% of the risk for developing GERD is dependent on genetics factors (and the rest depends on what kind of lifestyle you lead). Experts though are not totally sure on how the hereditary nature of GERD can be simply explained. Some conclude that it may be due to inherited physical traits—for example: hypersensitivity to stomach acids or abnormalities in stomach functions. 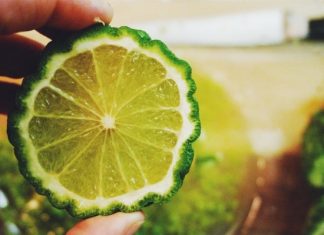 5 Ways Using Your Mobile Gadgets are Hurting Your Body