Common Reasons Why Your Period is Heavier Than Normal 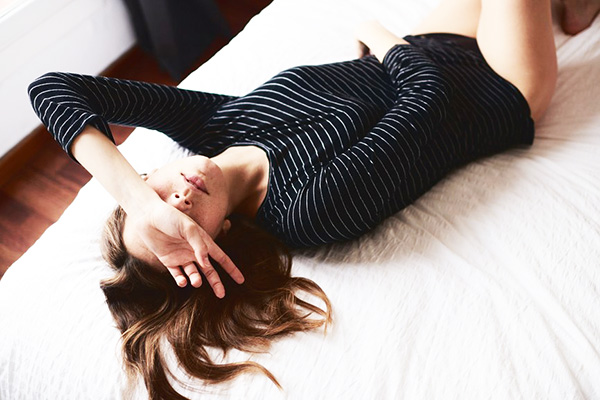 Boost Mental Health with This Routine

Add Body & Volume to Flat Hair With These 8 Easy Tips

It can be very easy for a woman to tell if her period is heavier than usual, and it’s something that can also make it easy for her to feel alarmed. Because not all periods are created equal, it’s actually normal for you to experience a heavier flow from time to time, and below you will find some of the most common reasons why.

There are many things that can cause your period to be heavier than previous ones, and they can range anywhere from switching to a different birth control method to the intake of certain types of medications. But then there are also some reasons that warrant a trip to the doctor, such as having an STD or pelvic inflammatory disease.

Again, it’s very much possible for your period to be heavier than usual once in a while, although gynecologists recommend women who experience heavy flow for 3 consecutive months to be checked up. And by the way, you should also pay your GYN a visit if your period is unusually lighter for a few months already.

So without further ado, here are some of the common reasons for a period that’s heavier than normal:

Did you just change your birth control method? Then there is a huge possibility that it’s the one to blame for a heavier flow. According to women who started taking mini-pills, their periods became heavier than usual. If you just quit taking birth control pills, it’s possible for you to experience heavy bleeding, too.

Simply put, perimenopause is that period just before menopause strikes, and it’s something that can cause heavy periods. Generally speaking, perimenopause happens 4 to 10 months before you hit the menopausal stage. Unfortunately, no woman can predict when she’s going perimenopausal — it can strike even those who are just in their 30s!

Also Read   How to Lower Your Risk of Appendicitis

Short for intrauterine device, IUD is known to cause a bunch of side effects upon it being implanted. One of the things that you may expect to encounter upon getting an IUD is a heavier flow. Fortunately, doctors say that this is something that tends to go away on its own with the passing of months.

Sometimes referred to as blood thinners, anticoagulants are prescribed to prevent blood clots and thus help lower risk of heart attack and stroke. If you have been told by your doctor to regularly take anticoagulants, then don’t be surprised if your period is heavier than usual — it’s one of the most common side effects of these blood thinning drugs.

Did you have unprotected sex and now you feel that you have a sexually transmitted disease? Then don’t be shocked if it seems like your period is heavier than last month’s. According to gynecologists, chlamydia, gonorrhea and other infections that affect the lining of the uterus can lead to heavy bleeding during menstruation.

The name may cause you to have a panic attack, but fret not because experts say that up to 1/3 of all women develop uterine fibroids and they’re harmless most of the time, too. Also, uterine fibroids tend to go away on their own, but while they are around they can cause your period to be heavier than usual.

Short for polycystic ovarian syndrome, PCOS is characterized by the presence of small cysts in the ovaries. Doctors say that mild cases of PCOS can cause heavier flow because of hormonal imbalance. On the other hand, women with severe case of PCOS may actually experience irregular periods or no menstrual flow at all.

Also Read   How to Combat Cellulite with Essential Oils

Pelvic inflammatory disease — this is what PID stands for. Gynecologists say that up to 90 percent of all cases of PID are due to sexually transmitted diseases. There are many different signs and symptoms of PID, and a heavier flow is one of them. Because it’s something serious, PID has to be treated right away.

Here are the Most Common Skin Issues Concerning the Feet

Tips On Achieving Happiness Even When You’re Single

4 Classic Hair Cuts Everyone Can Wear