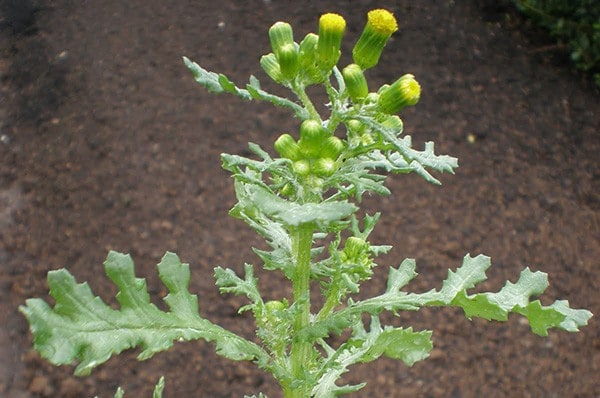 Groundsel is actually a very common weed — you can see it growing in gardens, lawns, sidewalks and concrete walls. Many are familiar with it as food for birds. No matter where you look, it’s very much likely for you to spot some groundsel growing, and it is for a good reason because it’s something that offers numerous health and beauty benefits.

So without further ado, let us take a look at some of the perks that groundsel is known to come with:

A weak infusion or tea out of groundsel is commonly taken for the regulation of bowel movement. That’s because the herb has mild laxative properties, which make it an effective all-natural remedy for constipation.

The same herbal drink may also be taken if the stomach is hurting. It may be used as a remedy for regardless if it may be caused by indigestion or stomach ulcers.

Traditional healers also recommend the intake of groundsel infusion or tea for the elimination of parasitic worms. It’s of utmost importance for those parasites in the gut to be removed before they cause further problems.

Sometimes, vomiting is encouraged to promote the removal of certain harmful substances that are accidentally consumed by mouth. A very strong groundsel infusion or tea is employed for such purpose due to its emetic properties.

It Increases Production of Urine

Groundsel also has diuretic properties, which means that it can encourage the kidneys to produce more urine. It’s because of this why the herb can be used for relieving urinary tract infections (UTIs).

Due to the diuretic properties of groundsel, it is also sometimes used for having the body detoxified. Along the process, the liver is spared from being overworked and damaged.

Speaking of the liver, another traditional use of groundsel is for the alleviation of gallbladder pain. Such stems from the gallbladder, a small organ beneath the liver that stores and secretes bile.

It Encourages the Cooling of the Body

Another ability of groundsel is the promotion of diaphoresis. In layman’s terms, it means that it can encourage sweating. This is what makes the said herb very good in lowering the temperature of the body.

Studies have shown that groundsel is capable of warding off scurvy, a mouth disease brought about by severe deficiency in vitamin C. Since it can promote healthy gums, groundsel can also help keep one’s bright smile intact.

One of the most popular traditional uses of groundsel is as an emollient. The said herb is actually highly effective in making dry and chapped hands feel soft and smooth.

Just like when using any herb or herbal preparation, see to it that an herbal specialist is consulted. Even though herbs are all-natural, it’s possible for them to come with some side effects. Definitely, you should immediately stop using groundsel or any other herb for that matter if you notice unfavorable signs and symptoms.

The use of groundsel if you are pregnant or nursing is strongly discouraged. If you have a medical condition and you want to employ the herb for the management of such, make sure that you let your doctor know about it first. This is most especially true if you are currently taking medications prescribed for it.

Signs That You Need to Get More Zinc

What You Need to Know About Plaque Psoriasis