How to Balance Your Digestive System and Brain to Burn Fat 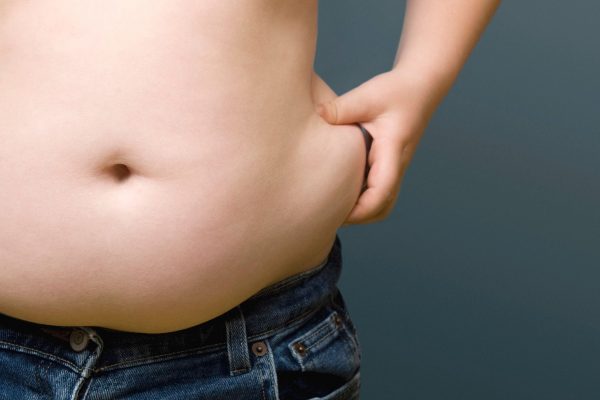 Obesity as a nationwide health problem is climbing at an alarming rate. Not to mention that obesity’s offshoot: chronic disease has also grown to the point that the current generation will be facing an all-time low in life expectancy.

The latest fads in diets and exercise have done nothing to decrease obesity’s steady encroachment on the health of the nation. In fact, even today’s kids—not just their parents—are suffering from this problem.

The frustrating thing about dieting is how hard it is stick to the plan in order to get to your desired weight, only to gain it all back in almost no time at all. “ All that hard work for nothing” is what you’re most likely telling yourself when the scales don’t tip in your favor.

Your gut contains bacteria that are responsible for the health of digestive and immune systems, and of course how much you weigh. Just like no two people are exactly alike, so are the types of bacteria in their bodies. The combination of bacteria in a person’s body needs to be balanced in order to maintain good health. Once this balance is thrown out of whack then the body becomes vulnerable to disease and gains weight. Eating the right foods and staying away from the wrong ones helps the body reduce weight and inflammation, veer away from cravings, avoid stomach problems, increase immunity and feel awesome in general.

Good microbes set you on the right path to health. A diet that includes probiotics (also known as live bacteria and yeasts) and prebiotics (what encourages the growth of the good bacteria) will do wonders for healthy weight loss.

Gaining weight all depends on the ratio of bacteria in your gut. There are two main types of bacteria: bacteroidetes and firmicutes. The latter is great at drawing out calories from the foods you eat to your body, which means if you want to lose weight then you have to aim for more bacteroidetes.

Other types of bacteria worth mentioning are bifidobacteria and lactobacilli. As strange as it may sound, these are definitely worth having as they mitigate the growth of infection-causing bacteria in the body; they dominate the body leaving little room for bad bacteria to proliferate. Having more of these, along with bacteroidetes will encourage a more balanced gut and an increased ability to lose weight.

So, there you have it! The secret to being healthy and having the appropriate weight is to balance the bacteria in the gut. Eating the right foods, living healthy, and of course taking the right supplements contribute to losing weight and keeping it off. These are the relatively easy steps towards balancing your gut, attaining the appropriate weight, and feeling great.

The Link Between Brain & Gut

As odd as it may seem, your brain and gut have something in common that is crucial to your wellbeing: the major neurotransmitters that your brain uses can also be found in your gastrointestinal tract. In fact, the saying that “ the way to a man’s heart is through his stomach” is actually scientifically accurate because 95 percent of the body’s serotonin, the neurotransmitter that produces feelings of happiness and wellbeing is made in our intestines.

Most would easily come to the conclusion that emotional stress affects a person’s digestion. The reverse also holds true. People who are stressed tend to feel it in their stomachs. In highly stressful situations, a person’s appetite can go straight out the window. Science has only recently affirmed that a dysfunctional digestive system can actually result in a mood imbalance. This recent discovery is changing the way science views the connection between the brain and the gastrointestinal tract. Think about it: would the effect of mood-altering medication work better on a balanced gut? Imagine how much easier it would be if all you needed to do was fix the ratio of bacteria in your gut by tweaking your daily diet or taking the right supplements to achieve optimal results from your medication.

Also Read   Bait for Bites: What Attracts Mosquitoes and How to Prevent Them

As mentioned earlier, an imbalance of bacteria in our digestive system can result in obesity, which in turn, can lead to other conditions such as: high blood pressure, diabetes, and coronary artery disease, among others. People who experience anxiety and depression have a condition called silent inflammation caused by an imbalance of bacteria in their guts. Research indicates that silent inflammation can actually be the cause of depression and anxiety. This piece of information has changed the way mood disorders are assessed and treated. In fact a study from the publication Nature Reviews Neuroscience shows that topping up good bacteria in the gut has lead to a reduction in stress and anxiety. When you stabilize your gut, you also stabilize your mood.

How Balancing Your Gut Can Affect Your Mood

One way to treat Chronic Fatigue Syndrome and Irritable Bowel Syndrome is through the administration of probiotics as a supplement, good bacteria that is present in any healthy gut. Probiotics lowers cortisol (the stress hormone) levels and is known to be especially beneficial in alleviating anxiety, and depression. The number of success stories of people with depression treated in this manner alone has created quite a stir in scientific circles. This goes to show how gut bacteria can play a positive role in affecting how the body responds to stress.

According to a study found in the Journal of Physiology, mice who were reared to be germ-free had an extreme response to light stress in comparison to mice who had bacteria in their gut. The bacteria was then transferred to the germ-free mice whose reaction to light stress was milder in comparison to their initially extreme reaction. The study took it a step further by transferring bifidobacterium infantis to the germ-free mice, which resulted in a total normalization of their initially extreme response.

Also Read   Lose All The Extra Weight By Staying Happy

If the bacteria in you gut can make you gain weight and increase your vulnerability to anxiety and depression, you’ll want to ensure that you pull no stops in achieving a balance that will largely contribute to your health and wellbeing. All you need to do is follow a diet of the correct foods complemented by the appropriate supplements. Living foods and probiotics will aid in the restoration of the good bacteria in your gut while foods and prebiotics that are rich in fiber will sustain the good bacteria, which in turn will aid in attaining and maintaining gut balance. You’ll soon find out how beneficial these can be to your mood, mental health and an appropriate weight.

As science delves deeper into the connection between microbes in the gut and mood, we can expect how the probiotics’ part will increase in managing, and who knows, maybe even prevent mood disorders.

Sourceimg: www.topnews.in
Previous articleHolistic Ways to Treat Snoring and Sleep Apnea
Next articleHow to Clean Your Face Without Using Soap

Common Causes of Heaviness of Your Eyes

The Bountiful Benefits of Bitter Melon or Bitter Gourd

Tips to Stay and Look Fresh All Day

Gaining Weight? It Could be Your Stress to Blame