Are You Aware of the Different Types of Migraine? 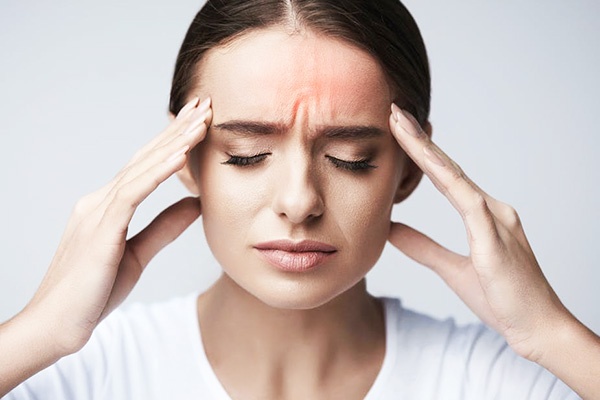 Have you ever wondered why it seems like your personal experiences with migraine are different from those of your family members, friends and co-workers? That’s because migraine actually comes in many different types!

If you’re interested to give a specific name to your migraine, just keep on reading.

Make sure that you share this article on your various social media sites afterwards — since migraine is quite common, many will surely appreciate your desire to get them acquainted, too, with migraine’s various forms.

According to health authorities, there are two major forms of migraine: migraine with aura and migraine without aura. So it makes perfect sense for us to discuss them first.

In the past, doctors referred to it as complicated or classic migraine. Just like what the name says, it’s a type of migraine that’s accompanied by visual disturbances referred to as aura ­— sometimes it shows up before migraine strikes (about 10 to 60 minutes beforehand) but it can also exist alongside a bout of migraine. Aura associated with this form of migraine can sometimes be so intense that it can momentarily impair vision in one eye or both. Also, migraine with aura may cause some abnormal sensations in the body such as tingling or weakness. Do take note that migraine with aura sometimes do not cause pain in the head — just a bout of aura that can last for a few minutes.

This form of migraine used to be called common migraine. The reason why it used to be referred to as such is quite obvious: it’s more common than migraine with aura. Pain that it causes can range anywhere from mild to severe, oftentimes showing up in a snap. Other symptoms might include mood changes, confusion, fatigue, and increased sensitivity to external stimuli such as sound, smell and especially light. Migraine without aura can last anywhere from 4 hours to 3 long days! The problem with migraine without aura is it can keep an individual from being productive — movement can worsen its symptoms.

Experts used to call it basilar type migraine, and it’s more common in kids and teenagers. Basically, it’s just like migraine with aura — it tends to come with visual disturbances. However, the difference lies in that migraine with brainstem aura does not cause weird body sensations or motor changes. Young girls are more prone to having this form of aura especially during their period.

This is actually regarded as a subtype of migraine with aura. However, what’s scary about hemiplegic migraine is that it can cause paralysis of one half of the body. Sometimes it happens before migraine shows up, although it can also strike during the bout of migraine. It’s also possible for the temporary paralyzing symptom of hemiplegic migraine to last for several days!

Experts consider this as a very rare form of migraine. It’s just like migraine with aura in that the associated aura can actually cause temporary loss of vision in one eye.

Just like what its name says, chronic migraine is something that tends to show up on a regular basis. You can tell that your migraine is the chronic type if it tends to bug you for 15 days or longer every month for longer than 3 months. Occurring with or without aura, someone who is suffering from chronic migraine needs to take preventive drugs in order to considerably lower its unfavorable impact on the individual’s life.

Also Read   A Guide to Switching to a Mediterranean Diet

The name makes it clear that this is a type of migraine that does not cause any pain in the head. Doctors sometimes refer to it as typical aura without a headache — it’s an attack that primarily consists of visual disturbances. Other symptoms of migraine without headache include nausea and vomiting.

Sourcetheconversation.com
Previous articleHow to Wear Makeup with Dry Skin
Next articleHere are the Lesser-Known Symptoms of IBD You Should Know About

Make Your Own Moringa Tea Powder at Home

Household Solutions that you can Use to Treat Bronchitis

How to Remove Your Writer’s Block

Things You Can Do With Overripe Avocados

Beauty Tips and Tricks Every Woman Should Know

Top Reasons Why You Adults Should Take Ballet Lessons