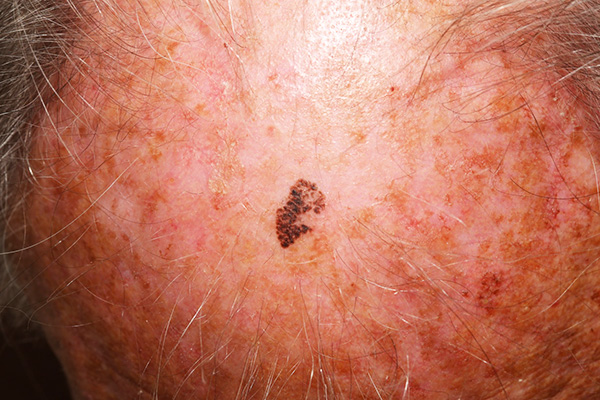 Actinic keratosis, also called solar keratosis, refers to a scaly and crusty growth due to damage secondary to ultraviolet or UV radiation. If left unmanaged, the condition may develop into skin carcinoma or cancer. The following are the causes, signs and symptoms, and home remedies for actinic keratosis.

Actinic keratosis may have several causes; however exposure to sun stands as the main cause of the condition, as per Skin Cancer. According to the publication, sun exposure is cumulative to the integument; hence, short but frequent periods of sun exposure are added to the total length of exposure. In addition to exposure to sun, tanning salon lamps may also cause the condition, since they also emit ultraviolet radiation, which may be more harmful than the ones from the sun. This is a reason dermatologists do not prefer indoor tanning, since it increases the person’s risk for actinic keratosis.

Actinic keratosis has several symptoms. According to Mayo Clinic, they include rough, dry, and scaly skin patch, with a measurement of less than an inch or 2.5 centimeter in terms of diameters; flat to mildly raised patch or bump on the top layer of the skin; a hard, wartlike surface; pink, red, or brown-colored lesions; and itching or burning in the affected area. As per the publication, the condition is usually found on skin areas that receive sun exposure, such as the scalp, face, ears, lips, neck, forearms, and hands.

While topical ointment for itch is available to manage the pruritic condition, the following home remedies can be applied to manage actinic keratosis.

Another remedy for actinic keratosis is green tea. According to Healthy Focus, green tea has astringent properties, which qualifies it as a viable treatment for various skin infections, such as actinic keratosis and skin cancer. As per the publication, a green tea bag that has been soaked in warm water is placed directly to the affected skin area to prevent damage. As an alternative, the person may drink green tea or take green tea capsule, which can be bought from health food stores.

One common household remedy for actinic keratosis is apple cider vinegar. As a form of weak acid, the vinegar is capable of killing microorganisms that infect the skin, especially those who are not capable of thriving in an acidic environment. As per Grow Youthful, the vinegar is applied one to two times daily using a cotton tip with the vinegar, until the keratosis breaks off five days after and completely resolves two weeks after.

Actinic keratosis is a skin disorder manifested by crusting and scaling, which may also lead to cancer if left untreated. Thus, it is best to apply interventions to manage the disease, along with medical consult for proper assessment, planning, intervention, education, and evaluation.

Tips on How to Use Lavender for Mind and Body

Common Signs That Happen When You Go into Labor