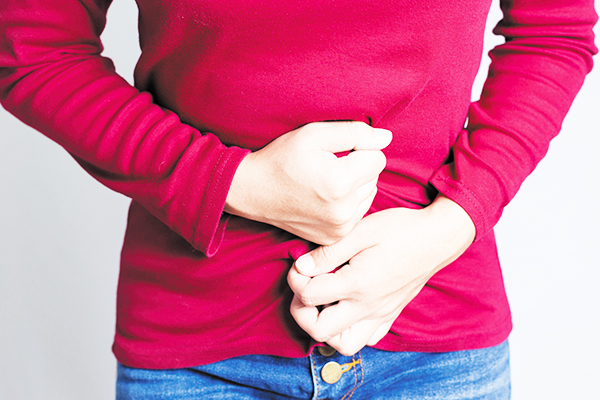 Uterine bleeding refers to the gush of blood from the uterus, which may pass through the vagina. Since bleeding, aside from menstruation is abnormal, it may indicate an underlying cause, which has to be identified and managed. The following are the causes, signs and symptoms, and home remedies for uterine bleeding.

Uterine bleeding has various causes. According to Family Doctor, these include pregnancy, presence of polyps or fibroids (small and large growths) in the uterus, cervical infection, uterine cancer, thyroid problem, and hormonal imbalance. As per the publication, hormone imbalance happens more often in teenagers related to puberty and in women who are approaching their menopausal period. To add, abnormal uterine bleeding can happen at any age; however, the cause is dependent to a person’s age. Some cases in point include the use of birth control pills and intrauterine device for women 20 to 30 years old, thickening of the uterine lining for women 40 to 50 years old, and hormone replacement therapy for women after their menopause.

An abnormal uterine bleeding has various signs and symptoms. According to EMedicine Health, the symptoms include vaginal bleeding that occurs frequently every 21 days or farther apart than 35 days; vaginal bleeding that lasts for more than seven days (usually four to six days); and blood loss of over 80 ml or three fluid ounces each menstrual cycle (usually 30 ml or one fluid ounce).Severe bleeding, as noted by the publication, is manifested by soaking though the usual pads or tampons per hour for two hours or more. This should be reported to the doctor to prevent complications like hypovolemic shock.

Uterine bleeding is usually managed with medications that reduce bleeding; such medication include hormone therapy, which aims to stop or control menstrual periods. While surgery is also a treatment option, remedies can also be done at home to manage the condition.

One remedy for uterine bleeding is ashoka. According to Home Remedies Guide, the plant is widely used as treatment for uterine bleeding and vaginal discharge. As per the publication, the ashoka bark is effective in stimulating the endometrium and the ovarian tissues to reduce the excessive menstrual bleeding or menorrhagia secondary to fibroid tissue. In addition, ashoka is seen as the best herbal tonic accessible to treat both uterine bleeding and leucorrhea, not to mention that it does not have any side effects. Moreover, studies revealed that ashoka has an ingredient, a compound called ketosterol, which has estrogenic properties; as per the publication,

Another remedy for uterine bleeding is shepherd’s purse. According to Ayushveda, it helps control bleeding in three hours; in other words, bleeding will stop in the aforementioned time period. As per the publication, the person soaks one teaspoon of the remedy in a glass of tepid water and it is kept for two hours. Then, the contents are stirred and liquid is filtered after two hours. Next, one-thirteenth of the liquid is taken and is repeated in between meals for two more times.

Uterine bleeding involves passage of blood in from the uterus through the vagina. Since blood loss is a potential threat to a person with this condition, it should be managed immediately.

Remedies to Improve Your Sleep Disorder

School Sores: What You Need to Know About Them