Actinic Keratosis: Another Problem Caused by Too Much Sun 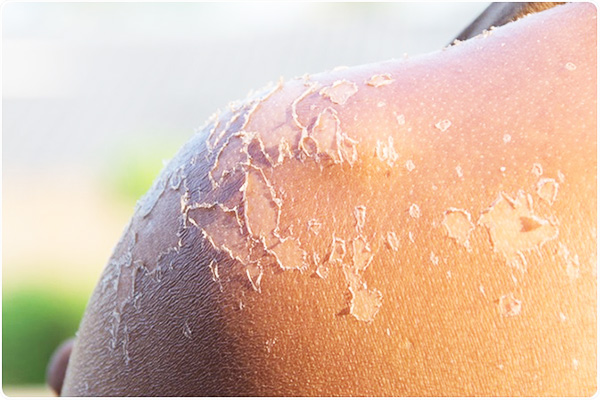 We all know that getting too much sun can cause skin damage, premature aging signs and also deadly skin cancer. Not a lot of people are aware that failure to shield the skin from direct sunlight can also cause what’s referred to by dermatologists as actinic keratosis. Especially if you love being outdoors, it’s important for you to be aware of this skin condition because aside from being a cosmetic issue it can also cost you your life.

If you want to know some of the most important matters about actinic keratosis, keep on reading this article. Don’t forget to repost it afterwards especially if you have family and friends who refuse to use sunscreen.

Actinic keratosis is also sometimes known as solar keratosis. Its other name makes it quite obvious that it is brought about by unnecessary exposure to the sun. According to skin care experts, actinic keratosis is commonly due to years and years of sun exposure. This means that it won’t appear after spending an entire week at the beach. Usually, this skin condition is seen in people who are 40 years old and above.

Due to the fact that actinic keratosis is caused by excessive sun exposure, it tends to appear on areas of the body that can be touched by the sun rather easily. They include the scalp, face, ears, back of the neck, forearms and back of the hands. Actinic keratosis rarely develops on areas that are constantly shielded by clothes from the sun.

Having actinic keratosis can be a huge problem most especially among beauty-conscious individuals. That’s because it tends to cause growths that look really unsightly. The fact that commonly appears on areas of the body that are exposed to the sun, meaning they are not concealed by clothing, makes the issue worse.

Actinic keratosis causes skin to appear rough and scaly. Sometimes the patches produced are flat while other times they are slightly raised. The colors may range anywhere from red, pink to brown. The affected areas of the skin may feel burning or itchy, too.

Dermatologists say that at times actinic keratosis may appear like warts.

Needless to say, people who stay under the sun without protection are at risk of developing actinic keratosis. The rate of people with this skin condition is simply higher in areas of the planet where the climate is generally sunny.

Individuals with pale skin, red or blond hair, and light-colored eyes are susceptible to actinic keratosis as they do not have enough melanin, which is a dark-colored pigment that offers protection from the harmful UV rays of the sun. People with weakened immune systems or family history of actinic keratosis and skin cancer are at higher risk.

As earlier mentioned, actinic keratosis is the result of years of exposure to the sun. This is why it is commonly seen in older people only, in particular those who are 40 years old and above.

Also Read   Health Problems That Your Hands Can Reveal

It’s exactly for this reason why someone who has actinic keratosis should pay a dermatologist a visit.

Sourcenews-medical.net
Previous articleEasy Halloween Makeup Ideas to Try
Next articleAbscessed Tooth: It’s Not Something to Smile About

Cinnamon Can Give You Gorgeous Hair in Various Ways

Is it Unhealthy to Hold in Gas?