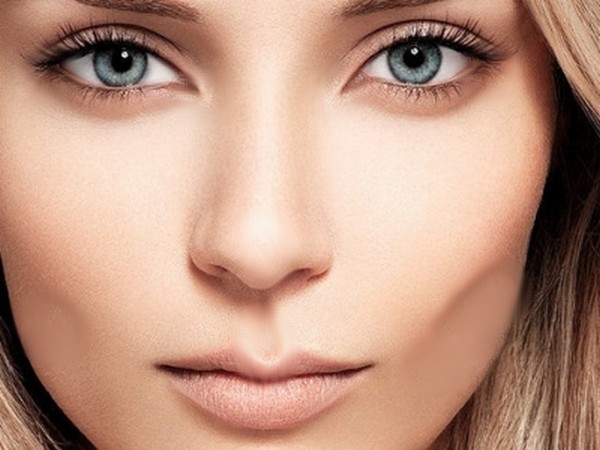 Home Remedies for Rash on the Knee Pits

Foods to Eat in Gastritis Diet

Why is Peanut Butter Good for You?

Do you have that certain competitive streak? Do you find people to be untrustworthy? As fascinating as it may be, it turns out that your eye color may have something to do with some of your personal traits.

Research has shown that people that have light-colored eyes are more prone to developing age-related macular degeneration. They are in fact, twice at risk than those people with dark or intermediate colored irises. The study supporting this claim was published in the journal Clinical and Experimental Ophthalmology and participated by 171 subjects/test persons. Dark irises can block more UV light, and UV light serves as a major risk factor for macular degeneration. The extra light that gets into the peepers of people with light-colored irises causes them to have more retinal degeneration.

2.People with dark eyes have lower chances of developing melanoma

Studies have shown that people possessing dark-colored irises may have lower chances of developing skin cancer. In a research published at the journal Cancer Epidemiology, Biomarkers and Prevention, a group of researchers took samples of DNA from around 500 white children between ages 6-10 years for four years. As it turned out, children with the blue-eye genetic makeup were more likely to develop moles compared to those children
who don’t have that kind of gene. It is said that the number of moles that people develop during childhood can be very good indicators of their risk for melanoma in adulthood. Other research have concluded that those with green or blue eyes are more prone to having melanomas of the eye because they possess less light-absorbing pigments to protect their eyes from possible sun damage. Let it be known though, that no matter what color your eye pigment is, it is always best to use some protection for your eyes especially when getting yourself exposed tothe sun.

An Australian research team has asked about 336 participants of white European descent to answer questionnaires which aim to measure certain personality factors. The agreeable factors were determined by how people identify with different statements such as “I see myself as someone who is considerate to everyone” or “I
make people at ease”. And when the results were tallied, those with dark-colored irises were more likely associated with terms like “friendliness, generosity and empathy” versus people with light-colored irises who are likely pegged as being more competitive and less agreeable. Though additional research may be needed to confirm the validity of these results, researchers offered that the results may have to do with evolutionary roots. Thousands of years back, Northern Europeans may have found people with light-colored eyes exotic and more suitable for mating and propagation which could possibly have given the blue-eyed people a certain competitive edge.

PLOS ONE has recently published a study where researchers asked about 288 volunteers to rate the photographs of people for trustworthiness. At the end of the study, participants rated those people with brown-colored eyes as more trustworthy than those who have light-colored eyes (blue eyes). And even when researchers digitally altered their eye colors, their ratings remained the same or consistent. This has led researchers to further analyze the relationship between eye color and facial features.They have discovered that people (men) with dark
eyes tend to have additional trustworthy traits than those who have light-colored irises. Broader chins, bigger mouths and
bigger eyes are facial features that naturally express happiness and apparently, dark-eyed individuals have these features more than their blue-eyed counterparts. More study is needed though, especially in the determining the link for women, who did not show the same correlation between face shape and trustworthiness.

5. People with light colored eyes are less likely to have vitiligo (an auto-immune disease)

Like what was mentioned before, vitiligo is an auto-immune disease wherein a person’s immune’s system attacks its own healthy pigment cells which results to having blotchy skin. The University of Colorado School of Medicine has conducted a study where researchers started tracking about 3,000 people with vitiligo and successfully identified 13 genes that are linked to the predisposition of the disease. They found that people who h
ave vitiligo were less likely to have light-colored eyes. Of the
patients studied who were all of non-Hispanic European descent,
only 27% had grey or blue eyes, while 30% had hazel eyes and 43% are dark-eyed.

Beauty Hacks for the Hot Summer

Deep Vein Thrombosis: Just How Deeply Serious is It?

Steps in Properly Washing Your Hair