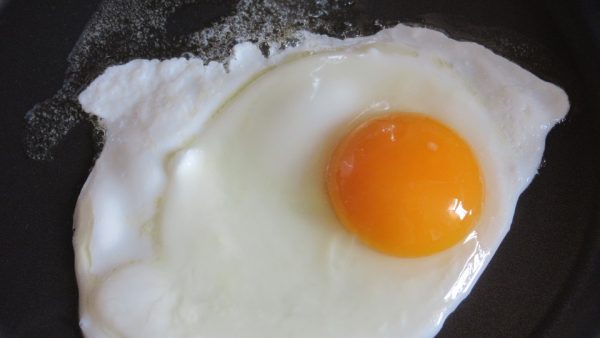 We all know how eggs are a good source of protein, but we often hear health-conscious people say, “Oops, hold the yolk.”There are now a number of yolk-free recipes on health websites, and they are going viral. But really, ditching the yolks is also ditching the best stuff contained in eggs. Not convinced yet? Now, let’s try to identify the nutritious contents of the egg yolk that cannot be found in egg whites. Let’s see, we have: Vitamins A,D,E, and K, and omega-3 fatty acids. In addition, the yolk contain more healthy folate, vitamin B12, choline, and even antioxidants named lutein and zeaxanthin than the egg whites.

Below are a few reasons why you should stop obsessing about removing the most tasty part of the egg.

1.Foods rich in cholesterol can actually be good for your health. When we hear the word “cholesterol,”we immediately link it to bad, evil stuff. However, it isn’t all bad. In fact, a lot of foods that are considered as the healthiest have high cholesterol content. What does a good amount of cholesterol do to you?

Our bodies contain too-many-to-count cells that should interact to one another for the body to function better. Cholesterol plays a major role in facilitating this. Itis important to some activities such as cell signaling as well as other cellular processes.

Here’s an example: Cholesterol, as a precursor to bile acids, is beneficial to your digestive system. When your body lacks cholesterol content, the digestive system can be seriously affected.

It’s also essential to keep your mental health in check. Here’s a fun fact: Your brain actually contains 25 percent of the cholesterol in your entire body. A smooth synapse formation wouldn’t be possible if your brain does not have enough cholesterol, and this will affect the way you think, learn, and recall.

2. Consumption of high-cholesterol food does not always equate to high cholesterol level.

One egg yolk has 210 milligrams of cholesterol. This is indeed pretty high, which is why we’ve long been warned about eating egg yolks. However, what we are not informed is that only 20 percent of our blood cholesterol levels is acquired through our diet, and the rest is produced by the liver, which is a natural process since the body needs cholesterol.

High blood cholesterol levels are not linked to consuming high-cholesterol foods and those so-called bad-diet foods such as butter, whole milk, animal fats, red meat, and yes, eggs. Also, studies suggest that eating them does not lead to heart diseases. Thus, having six eggs per week does not increase your chances of having stroke, for example.

3. Egg yolks have very little to no effect on cholesterol levels for most.

Some nutritionists would not recommend eating two eggs daily, but it’s been found out that this does not have a serious impact on the endothelial function among healthy adults. Endothelial function is an aggregate measure of cardiac risk. This supports the idea that cholesterol from our diets may not be as detrimental to cardiovascular health than we have been led to believe. Chirs Masterjohn, a doctorate in nutritional sciences from the University of Connecticut, also falsifies the claim, saying that when we does not eat enough cholesterol to supply our body’s daily functions, the tendency of the body is to produce its own. So, when we eat more foods rich in cholesterol, the body produces less.

Safe to say that when we deprive ourselves of high-cholesterol foods like eggs, our body would engineer this synthesis. Hence, for many of us, eating eggs have very little to do with this.

It’s been said that eating cholesterol rich foods does not affect about seventy percent of the population. Really, the connection of eating eggs with high levels of cholesterol is not clearly established.

4. Dietary cholesterol limit is removed in the U.S. Dietary Guidelines

Previously, the U.S. Dietary Guidelines identified foods rich in cholesterol as“foods and food components to reduce.”It stated that to achieve optimal health, people should limit their cholesterol intake to 300 milligrams per day.

However, since there’s not enough studies to support that these foods have adverse impacts, it is recently removed in the guidelines. In fact, egg yolk is now listed as a source of protein.

It’s about time that the government catches up with science.

Choline is a vitamin B, a precursor to the neurotransmitter acetylcholine, is necessary in brain development. It plays a major role in both muscle control and memory. In addition, choline keeps your cell membranes healthy. It also contains anti-inflammatory properties.

It is estimated that almost 90 percent of Americans is choline-deficient. Low levels of choline is linked to a few memory problems, lethargy, and recurring brain fog. Since the body is only able to produce small amounts of choline, it’s important that you are getting it from your diet. Egg yolk is a good source of this as it contains about 215 mg.

Both of these are carotenoids that are essential to our health. Lutein, found in the macular pigment, supports central vision and helps in absorption of blue light. On the other hand, zeaxanthin, found in the retina, is an antioxidant that cannot be produced by the body.

The tiny central part of the retina contains both carotenoids, and this makes both essential in detailed central vision and play major roles to our vision such as absorption of excess photon energy and quenching of free-radicals before they cause damage to the lipid membranes.

There are no evidence supporting the daily requirement for both, but there are several studies that suggest that to be able to reap the benefits, a healthy dose of 10mg per day for lutein and 2 mg per day for zeaxanthin would be best. An egg yolk contains about .2mg of lutein and zeaxanthin, which is quite little as compared to our daily requirement.

Aside from the nutrients mentioned above, egg yolks contain healthy fat and protein as well as many vitamins that are often lacking among Americans such as vitamins A, E and B6, copper, calcium and folate.

How to Choose Your Eggs

Eggs are generally good for you, but not all eggs are created equal. Your best bet would be organic and free-range eggs as they are far more superior in terms of the nutrients. Conventionally raised eggs are from chickens that are usually fed with grains that contain high levels of pesticides. Hence, the chance that it is contaminated with disease-causing bacteria is increased. Salmonella is one of the most common of these. Pastured eggs come from chickens that are free to roam in the outdoors, feeding on their natural diet.

Also Read   Why You Should Get A Critical Illness Coverage

Apart from containing less of these harmful chemicals, it is also confirmed that free-range eggs contain more nutrients. Based on the data from the U.S. Department of Agriculture (USDA), eggs from hens raised on pasture contain: 2 to 3 times more vitamin A, 2 times more omega-3 fatty acids, 3 times more vitamin E, and 7 times more beta-carotene.

Thus, choosing your eggs is very important as well. Even those “free-range”labeled eggs from the supermarket can be deceiving. Some are actually from commercial industry that uses industrial farm egg-laying facilities. The reason why they are called free-range is because of the fact that they can go around the facility. The best way to acquire your daily consumption isto find a quality source.You can try looking around your local area for those backyard farms or from those local health food stores in your neighborhood.

How can you be sure that your eggs are free-range and pastured? You can easily identify it with the color of the egg yolk. Foraged hens produce eggs with orange yolks. If they are pale yellow, it’s sure to come from caged hens.

How to Prepare Eggs

Now that you’ve found a legitimate seller and source of high-quality eggs, let’s discuss how you can consume them. The best way to eat eggs is to have them raw. However, if you’re not very fond of raw eggs, you can still have them anyway you want but preferably less “well done”as heat can alter its nutritional value. Instead of having fried or sunny side and hard-boiled eggs, you can have them soft-boiled, poached, and even runny yolks if you’re really after the benefits.

Sourceimg: www.pixabay.com
Previous article7 Ways to Terminate Termite Infestations In Your House
Next articleAll About the Brush

Why Should You Go for Hot Oil Manicure