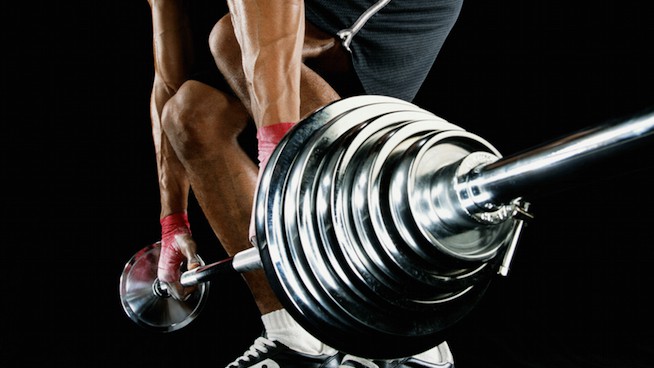 How to Make Aloe Vera Powder for Turning Into Tea

The chest is one of the major muscle groups that people train during their workout session, aside from the shoulders, back, arms, legs, and abs.  Barbells, dumbells, and cables are all used in working out the chest; though, the barbell is the most known equipment because of the bench press. In line with chest development, the following are some exercises for barbell strength.

The barbell bench press, which usually uses a flat bench, is one of the exercises to increase barbell strength, as per Body Building. The exercise is a compound pushing exercise, as it also engages the shoulders and the triceps, in addition to the chest.

To do the workout, the person lies back on the flat bench and lifts the bar from the rack and holds it straight over the person with his arms locked. In this exercise, he holds the bar with medium width grip. Then, the person inhales and starts lowering the bar gradually until the bar touches his middle chest. After a short stop, he exhales as he pushes the bar to the starting position. It is a good practice to concentrate on pushing the bar while squeezing the chest muscles, with the arms locked. The person holds the bar at the top of the movement and then holds for a second and the lowers down the bar again. Another good practice is to lower the weight two times as long as raising it. The movement is done for the recommended number of repetitions.

To perform the exercise, the person positions himself on a incline bench on a 30 to 45 degree angle. Then, he grabs a barbell using an overhand grip that is shoulder width in distance. Next, the person holds the barbell above his chest and extends his arms upward, with his elbows locked. The person squeezes his chest muscles as he drives up the bar upward and then shortly pauses at the top of the motion. After that, he gradually lowers the bar straight down to the chest in a controlled manner. Then, the person presses the bar in a straight line back to the initial position. As per the publication, a good practice is to bring the bar to the upper chest when it descends, instead of lowering it to the neck. Also, the person should not hyperextend his neck and should maintain a neutral spine. Finally, the bar should not bounce off of the chest.

Also Read   Everyday Habits That Slow Down Your Metabolism

The exercise is done by positioning oneself on a free weight decline bench press and grabbing the barbell with an overhand grip, with shoulder-width apart. Then, the barbell is lifted off the rack and is gradually lowered to the chest. Then, it is pressed back to the initial position. As per the publication, lowering the bar should be in a gradual and controlled manner while pressing it upward should be done in an explosive fashion.

Overall, chest development and barbell strength are best achieved by doing the aforementioned exercises, in addition to proper nutrition and adequate rest.