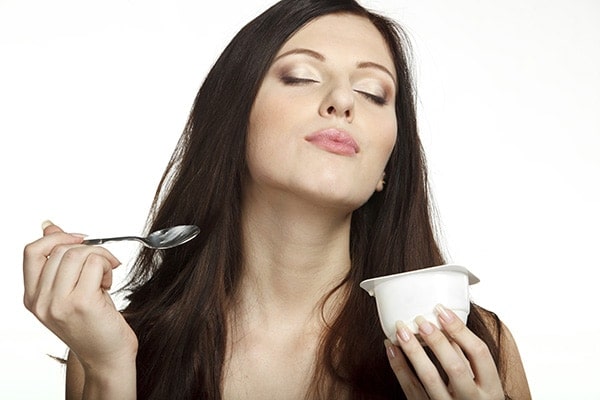 How to Treat Separation Anxiety in Your Dog

Yogurt is one of the popular desserts and dessert toppings people know today. Enjoy by both children and adults, it is made through bacterial fermentation of milk. In fact, it has the following health benefits.

Yogurt is rich in vitamins and minerals. According to World’s Healthiest Foods, yogurt contains vitamin B, which promotes brain functions like thinking, learning, memory, and sensation. The minerals it has include iodine, phosphorus, calcium, molybdenum, and zinc. Iodine boosts thyroid health, preventing health problems like hypothyroidism. Next, calcium and phosphorous work together to strengthen the bones and the teeth. Molybdenum acts as a catalyst for enzymes and it also helps break down certain amino acids in the body. Then, zinc promotes digestive health and wound healing.

Yogurt has the power to promote skin health. According to dermatologist Hema Sundaran, as cited by Health, yogurt contained lactic acid, which was a component in some in-office chemical peels. The dermatologist added that it gently exfoliated the top epidermal layers, which could clear up discolorations and blemishes, and might even reduce fine wrinkles. As per the publication, a cup of Greek yogurt can be mixed with two to three drops of olive or almond oil, along with a tablespoon of honey. The resulting mixture is applied to the face and is left on for 20 to 30 minutes. After given time period, the face is rinsed and pat dry.

Yogurt helps reduce high blood pressure. According to Authority Nutrition, studies suggested that regular yogurt consumption may lower the blood pressure of hypertensive people. As per the publication, the said outcome is not restricted to yogurt, as trials on other milk product intake yielded the same results.

Also Read   Tools You Can Use to Tone ABS

Yogurt also helps prevent cancer. According to a large trial participated by more than 45,000 individuals and published in the “International Journal of Cancer,” as cited by Dr. Axe’s official website, yogurt consumption demonstrated some capacity when it comes to colorectal cancer protection. As per the publication, the probiotics and healthy bacteria, which are found in yogurt, are responsible for a healthier digestive tract.

One can make plain yogurt at home. According to Eating Well, the ingredients include one-fourth nonfat or low-fat plain yogurt and four cups of nonfat or low-fat milk. To prepare, as per the publication, milk is heated in a large saucepan over medium-high heat, stirring it frequently, until it steams, bubbles, and registers 180 degrees Fahrenheit on a thermometer.

Next, milk is carefully poured int a clean and heat safe container. It is allowed to stand, while stirring often, until it cools to 110 degrees Fahrenheit. Then, the yogurt is combined with half cup of the 100 degrees milk in a small bowl. The mixture is stirred back into the warm milk. Once done, the container is covered and is wrapped in a clean kitchen towel; this will keep it warm. After that, it is placed in a very warm place and is allowed to stand unmoved, for at least eight hours until it becomes thick and tangy. Then, it is refrigerated for two hours, until cold .

Overall, yogurt is one of the healthiest food options in a person diet due to its nutritional contents. Its inclusion in various meal plans helps boost a person’s health and well-being.

Sourceshashabread.com
Previous articleSure Signs That You’re Super Stressed
Next articleDo You Have Noisy Joints? Here are Some of the Reasons Why

How To Build Strong Bones By Eating Salad

The Top Ten Beauty Secrets Every Woman Must Know

What Hair Brush Should You Use?