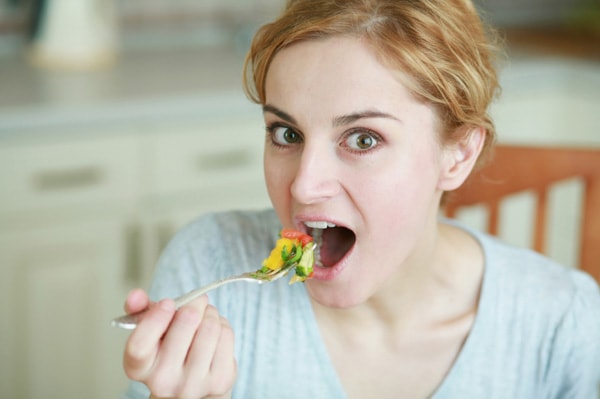 Tips on How to Treat Dry Cracked Feet

Want to shed weight, improve your health and raise your mood? The solution may be as simple as cutting back on your meat consumption. Yes, going green is not only good for the environment and generally the entire world you live in, but lessening your consumption of meat is going to give your entire body a whole lot of benefits. In fact, an average American who swaps meat to a healthy veggie diet is guaranteed to lose weight, improve their mood levels, lower their cholesterol and blood sugar profiles, lessen their risks of acquiring cardiovascular diseases, and will generally look healthier than most other people. Interested? Find out the top reasons why a vegan diet can be good for you.

1. Vegan diets can help you control your weight.

Back in 2013, a study was published in the Journal of the Academy of Nutrition and Dietetics revealing how people who follow a vegan diet have a much lower average BMI than those who are always eating meat. The study also showed that vegans have a much lower obesity rate compared to their omnivore counterparts. Also, overweight or obese people who decided to follow a healthy veggie diet lost more weight than those who do not and are still including meat in their diets even though both control groups are consuming the same amount of calories per meal.

Saturated fats come primarily from dairy and meat, and when consumed in high amounts can lead to an increase in the level of cholesterol in your blood making you prone to acquiring heart diseases. Skipping the consumption of meat automatically lowers the amount of saturated fat in your system, thereby improving your heart health in the process.

Also Read   How to Use Melatonin Safely to Treat Insomnia

3. Vegan diets can help you lower your blood pressure.

Going on a vegetarian diet can lessen the occurrence of hypertension, according to a study published in the journal Public Health Nutrition. Researchers mostly attribute this to the higher consumption of vegetables and fresh fruits plus the lower average weight of most vegans.

A study conducted by the American Diabetes Association showed that going a veggie diet has significantly decreased the risk factors that are linked to developing diseases such as diabetes type 2, stroke and other heart complications. Those participants involved in the study who are asked to skip on eating meat and poultry products turned out to have lower blood sugar levels, and lower blood pressure than those who did not. They also lost weight in the process.

Several studies have been proven that going on a vegetarian diet indeed lowers an individual’s risk for developing cancers of all types.

6. Vegan diets can help your digestion.

A vegetarian diet involves consuming lots of fruits and vegetables which also increases your fiber intake. Fiber helps your digestive processes making you less prone to constipation and bloating. When you’re not feeling constipated or bloated, you’ll generally feel thinner, sexier, energized and more comfortable in your body.

7. Vegan diets can promote healthy skin and improve its glow.

Going green is one of the best diets for your skin—it enhances your skin complexion and gives you a lot of that youthful glow. Eating loads of fruits and veggies will provide you with a ton of anti-oxidants which can help your body fight off the harmful free radicals that are responsible for skin sagging and aging.

Also Read   Getting “In the Zone”

Going on a meatless diet can make you smell better and more attractive to the opposite sex– that is according to a study published in the journal Chemical Senses. In the study, a group of male participants were asked to go on a meatless diet for two weeks and were asked to collect odour samples (using armpit pads) during their last 24-hours of the diet. After which, women were asked to assess the odour for pleasantness, masculinity, intensity and such. When the results are tallied, the men were again asked to switch their diets back to eating meat and collected odour samples again on the final 24-hours of a 2-week study. Again their scents were assessed by women using the same categories as before. Apparently, women judged the scents from the vegetarian diet as nicer, more pleasant, significantly more attractive and with lesser intensity.

Previous articlePunching Off the Pounds: How to Lose Weight with Boxing
Next articleTop Reasons Why You’re Always Hungry

Exercises for the Perfect Bubble Butt

A Greasy Woman’s Guide to Hair

Different Ways to Use Thyme Against Insomnia