Top 10 Sports that are Absolutely Fun to Play 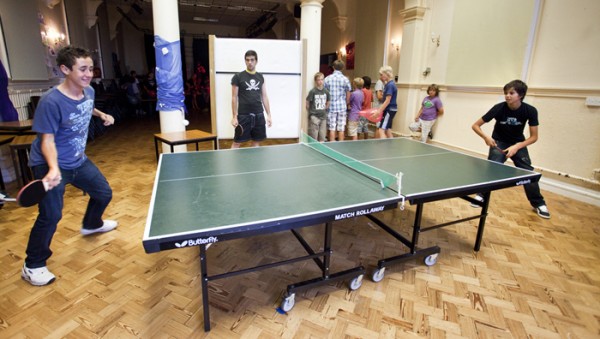 Get to Know the Different Causes of Hemorrhoids

No-Cook Snacks for the Week

The only thing that is better than watching your favorite sports live or on television is actually playing them. There are many sports that people play today such as football, basketball, golf, hockey, baseball, and many more. As these sports are very popular, there are sports that are absolutely a lot of fun to play in terms of excitement, mechanics, rules, and physical benefits. These sports can be learned by just about everyone and those who learn it will absolutely enjoy playing them. This is a guarantee!

Without a doubt, the most fun sport to play has always been soccer. While being considered “Football” in Europe, soccer is the technical name of the sport all around the world. Soccer is number one on this list because it has been the most beloved sport in the entire world. Wherever you go from London to Zimbabwe, you will see kids and adults playing the game on streets, parks, backyards, and wherever humanly possible.

Soccer is a game that relies on your feet. It makes scoring a goal extremely difficult because aside from running, you must dribble the ball efficiently with your feet to pass your defenders. What makes soccer so fun is when you actually score a goal, which is about as exhilarating as sky diving.

Truly one of the most physical demanding sports ever is competitive swimming. To thrive in the sport of competitive swimming, you must master each and every stroke possible. You must also master breathing techniques until you can literally swim almost like a fish. The novelty of swimming is while you spend each moment of your life walking or running on air, swimming is a sport that you conquer under water.

What was once a game enjoyed in North America has now become a global game. Basketball is a team game wherein individuals actually shine because of their skill level. It allows individuals to shine because when a play designed by the coach does not run according to plan, it is up to the individual to put the
basketball into the hoop by any means necessary. Basketball is probably the only game on this list that is more fun to actually play than watch live or on TV. It is also fun because of the artistry that you see players have whenever they execute a jaw-dropping dunk.

Baseball is America’s favorite pastime because the game is so much fun to play. It is also very easy to pick up as a child or as an adult. Playing baseball is very similar to American football in the sense that you must play unified as a team. It is also very similar to volleyball as you are constantly communicating you’re your teammates through words or hand signals. The true fun of baseball can be found not in the diamond, but in the parks where you have a mitt and a baseball to throw with friends and family members.

Another exhilarating team sport to play is volleyball. Volleyball fun as a team sport because it is a game wherein your team supports each and every decision made. To set you teammate up for a spike or a well-timed put-back, you need to be constantly communicating with your teammates. Volleyball is considered the most social sport today because it can be played just about anywhere as long as there is a net. If you have not experienced the fun of playing beach volleyball, you should try it out immediately.

When it comes to team oriented sports, it does not get any better than American Football. This sport is hailed as the 2nd most popular sport in the U.S because it is the most physically and mentally demanding sport to play. To score a touchdown in football, a team must deploy numerous plays wherein all players on the field must act as one. What makes American Football so entertaining is the exhilarating feeling of adrenaline that all players experience every time they run play after play.

A very popular sport in the entire world is tennis. While not being a team sport, tennis is perhaps the best individual sport because players compete against each other to win. Whether it is singles or doubles, playing the game of tennis requires a lot of mental preparation as players meticulously study each other
games in the hopes of finding each other strengths and weaknesses. What makes tennis a fun and entertaining game to play is every move has an equal opposing reaction.

Golf is a sport that people of all fitness levels can play. It is more of a strategic sport than a competitive sport because you are playing against the golf course and not against your competitor. Golf is one-part relaxing and one-part frustrating as it requires finesse instead of power. When you swing your club to hit the ball, the harder you swing, the less drive your ball will have. What makes this game so fun to play is that you play the game outdoors on large golf courses that vary in size and design. One could almost say that golf is like taking a vacation while playing sports.

While being one of the more difficult games to play because you have to have skill in ice skating, ice hockey is definitely one of the most entertaining sports to play today. This sport is fun because you play in a team format that fosters unity and team work. To play this sport requires a lot of practice because skating is quite difficult and when it is paired up with hockey sticks, protective gear, and a lot of physical play; it can be demanding. Hockey is the “coolest” game to play because you are playing on ice in a rink or on a pond.

Table tennis requires a lot of skill as the sport is done on a very small table. Table tennis is a fun game to play regardless of how good you are. What makes table tennis so fun is that it is a fast paced game that you can play in your very own backyard. With numerous looping returns and air serves, it is a certainty that you will work out a good sweat with each game that you play. Playing table tennis is one-part fitness and one-part fun. You can even enjoy the game playing doubles with two of your friends and family.

What You Need to Know About Salt Water Flush

Signs that You are Really Stressed Out