How to Stop Chronic Inflammation In Its Tracks 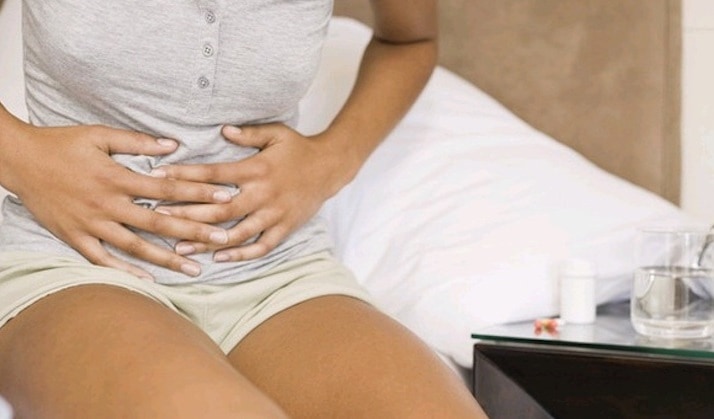 Have you been feeling bloated lately? Or are you having a hard time finishing your workout due to lack of energy? If these problems creep up on you more often lately, you may be suffering from chronic inflammation. Inflammation per se is not a bad thing. In fact, acute inflammation is beneficial in that this is manifestation that the body still has the ability to deal with trauma, strenuous physical exertion, and injury.

In essence, the inflammatory response of the body stimulates blood flow to affected areas of the body, thus promoting efficient healing. On the other hand, chronic inflammation has a negative impact on the body simply due to its nature. It can become a serious condition and can result in the development of debilitating diseases.

What happens to the body with chronic inflammation?

The body produces chemicals that trigger response of the immune system leading to swelling, redness, and irritation and:

How to manage inflammation?

High amounts of sugar may support the process of inflammation.

Food items including tomatoes, peppers, and eggplant contain lectin. Grains that were not soaked or have not sprouted feature lectin too.

These oils are known to produce chemicals that are similar to trans fat. You may swap regular cooking oil with grape seed oil, avocado oil, and olive oil.

There are also food items that control the process of inflammation:

Fermented food items aid in detoxification. They are also proven to control the inflammation in the gut.

Meats that contain high amounts of fat can also cause inflammation. Even lean protein can contain compounds and chemicals that cause inflammation as a result of pesticides and hormones in the food they eat. If you need meat included in your diet, make sure to choose grass-fed feed and free-range poultry instead.

When whole wheat is processed into flour, it will bear the same amount of sugar as that of table sugar. As processed flour has fine texture and consistency, they are easily absorbed into the bloodstream at the same rate as sugar molecules. Nevertheless, wheat flour is still a healthier alternative than white flour. To avoid inflammation, experts suggest consuming wheat sugar in moderation. If you want to totally exclude unhealthy refined products, you may choose whole-grain oat flour instead.

Cows that are treated with hormones are more susceptible to infection. Farmers use antibiotics to treat the cows. These harmful chemicals usually end up in dairy products, most of which cause imbalance in the digestive tract, resulting in inflammation. If you want to stop the cause of inflammation, opt for soy, oat, or almond milk.

Peanuts are the most common food allergens known to man. Together with a substance produced by molds in peanuts, aflatoxin, peanut butter can cause long-term inflammation which can be bad for the gut.

Seafood products such as fishes contain trace amounts of mercury. Predatory fishes such as sharks, swordfish, marlin, and tilefish are known to have high levels of mercury than normal. Replace big fish items in your die with fatty fish that contains high levels of Omega-3 fatty acids. Examples of fishes that feature high fatty acids are sardines, mussels, oysters, and salmon.

What should you include more into your diet?

Now that you have identified the food items that cause inflammation, it’s not time to focus your attention on food items that fight inflammatory process. Anti-inflammatory food items are especially beneficial for those who workout regularly. Physical activity encourages the production of pro-oxidants that damage cells. Fruits and veggies that feature bright colors are loaded with anti-inflammatory compounds. Here are some examples:

The red coloring of beets comes from the compound, betaine, a potent antioxidant and inflammatory-fighting agent. It also contains folate- a nutrient that repairs damaged DNA as well as enhances the production and function of red blood cells resulting in endurance during workouts.

These green and crunchy balls are rich in Vitime K, a nutrient that helsp in regulating long-term inflammation. It also features glucosinolates that the body turns into anti-inflammatory compounds.

The skin as well as the orange to yellow of squash is loaded with carotenoids including lutein, zeaxanthin, and beta-carotene- all of which possess anti-aging benefits for women.

Also Read   How to Clean Your Make Up Brushes Properly
Previous articleThe Best and Worst Types of Food to Eat Before Bedtime
Next articleHere are the Only 3 Workout Routines that will Help you Burn Fat, Improve Posture, and Enhance your Glutes

Types of Tummies and How to Banish Them

4 Ways to Cultivate An Attitude of Gratitude

Can a Mask Out of Egg Yolk, Banana, Beer and Honey Promote Hair Growth? (Plus Other Home Remedies)

How to Combat a Belly Button Infection Naturally

An Apple a Day: Why you Really Should Trade your Sweets for Fruits, Other Natural Sugar Sources and Protein