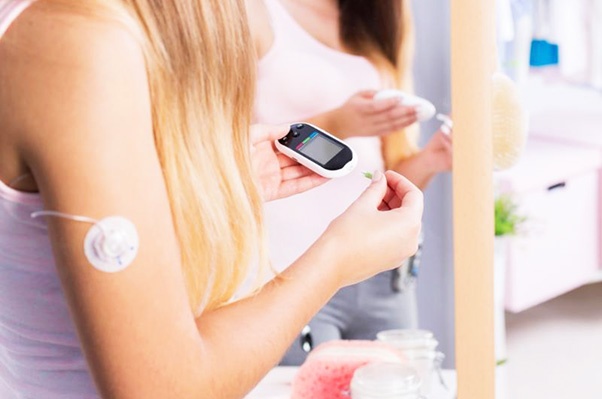 Tips to Being More Graceful and Elegant

13 Signs to Find Out Whether You Have Hormonal Imbalance

According to mental health professionals, most eating disorders strike after the individual goes through strict dieting. Because people who are suffering from diabetes have to carefully monitor what they put in their mouths every single time, it’s not unlikely for them to end up with some form of eating disorder.

In this article, we will talk about diabulimia, which is an eating disorder that is found in people with diabetes, in particular type 1 diabetes. Someone who suffers from type 1 diabetes has to regularly take insulin injections due to the fact that his or her pancreas is producing no or very little insulin, a hormone that regulates the levels of glucose in the blood.

Don’t forget to share this article on your various social media sites to get everyone you care about also get to know diabulimia.

Just like other people with eating disorders, the goal of someone who is suffering from diabulimia is to lose pounds. Such is done by purposefully restricting insulin injections. Just like what’s mentioned earlier, a person who is diagnosed with diabetes needs to regularly inject insulin into his or her tissue.

Actually, diabulimia is coined by the media, which means that you will not find the word in official medical publications. Doctors, however, refer to diabulimia as ED-DMT1, which is short for eating disorder diabetes mellitus type 1.

A Couple of Common Causes

Experts in mental health say that diabulimia may sometimes stem from a diabetic’s desire to lose weight or having issues with his or her body image.

In some cases, it’s brought about by diabetes burnout. Simply put, diabetes burnout refers to the frustration a person may have over diabetes. Usually, he or she feels that there is no other choice but to succumb to the disease. Often, diabetes burnout causes the individual to completely pay no attention to his or her blood glucose levels.

Just like any other form of eating disorder, diabulimia can come with serious health consequences. After all, it’s not just the eating problem itself that can bring about all kinds of issues, but also type 1 diabetes which is known to come with various complications. This is most especially true if it’s poorly controlled.

Doctors say that diabulimia can cause various short-term as well as long-term consequences. Some of the short-term ones include:

In females with diabetes, the eating disorder can cause hormonal changes which can have an impact on her monthly period.

One of the symptoms of diabetes is frequent urination. With the blood sugar poorly controlled, it’s not unlikely for the individual to pee a lot which can easily lead to dehydration.

It’s no secret that someone who is suffering from diabetes is prone to slow healing wounds that can become infected rather easily.

A few of the long term consequences of diabulimia are:

Nerves in the eyes can become damaged because of poor control of blood glucose, and such can lead to an eye condition referred to as retinopathy.

Other nerves in the body can also be affected, such as those in the extremities. Peripheral neuropathy refers to damage to the nerves that are outside the central nervous system.

People with diabetes are at risk of having problems with their heart and kidneys, and suffering from diabulimia can increase the chance of developing those.

Sourcefindatopdoc.com
Previous article
Treating Peeling Skin on Face Naturally
Next article
Reasons Why Your Hair is Taking a Long Time to Grow

5 Ways to Calm Down without Medication

Power Your Brain with These Super Foods

Get Your Skin Beautified With Blue Tansy Essential Oil

Got Stretch Marks on Your Behind? Try These Effective Tips