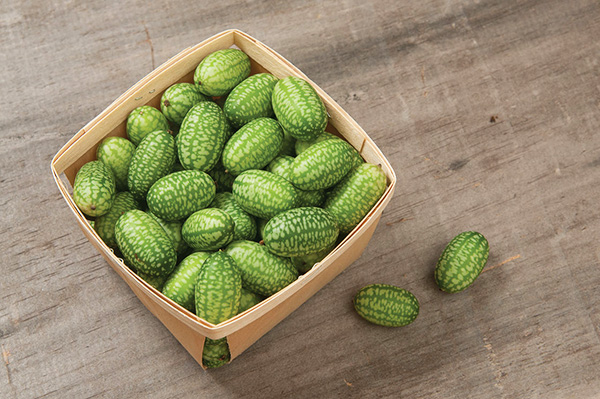 Supplements that Can Make Your Hair Healthier

At first glance, you would think that Mexican sour gherkins are made in the laboratory because of their appearance that’s very unusual — they look exactly just like watermelons but they’re just as big as grapes!

The fact that they taste nothing like watermelons and grapes only makes them even more bizarre. According to those who have already tried Mexican sour gherkins, they kind of taste like cucumbers. Well, that only means one thing, and that’s adding these tiny exotic fruits to one’s diet should not be a big issue.

Actually, Mexican sour gherkins have been around for centuries. In Central America and especially Mexico where it is native to, it’s been considered as wonderful treats for hundreds and hundreds of years now.

Mexican sour gherkins are usually eaten as they are — fresh from the delicate vines that bear them. In places where they are found abundantly, they’re often pickled and turned to salsa. Many who have easy access to Mexican sour gherkins love to slice them up and add them to salads and sandwiches. They are not only head-turning, but also versatile!

If you happen to come across Mexican sour gherkins, take home some of them. That’s because their consumption offers a number of health benefits. Some of the most impressive ones include:

Mexican sour gherkins are very rich in dietary fiber, which only means that they are very good at keeping constipation at bay. What’s more, these tiny wonders from Central America are also loaded with water, helping to enhance their bowel movement-regulating properties.

They Help Detoxify the Body

Due to the fact that sour gherkins help make bowel movement a regular affair, poisonous substances and waste materials can be kept from collecting within. On a regular basis, those toxins should be eliminated before they have the chance to wreak havoc to a person’s health and wellbeing.

Because Mexican sour gherkins are rich in both dietary fiber and water, having them included in the diet on a regular basis can help boost the process of digestion. These gems that taste like cucumbers encourage the production of more digestive juices and enzymes for a more efficient breaking down of food.

Including Mexican sour gherkins in the diet is beneficial for people who are trying to lose weight. First, these Mexican beauties are actually very low in calories — a half cup serving of them packs only 8 calories! Second, they are very heavy on the stomach as they are rich in fiber and water, and thus they help ward off overeating and cravings.

Earlier, it was mentioned that Mexican sour gherkins are very good at removing toxins from the body. Well, that’s good news not only for health-conscious people, but also beauty-conscious ones. With those toxins eliminated, the complexion can become glowing and beautiful.

In places where they are native to, Mexican sour gherkins are commonly employed for dealing with an assortment of skin problems. Because of their soothing, anti-inflammatory and antimicrobial properties, they are used topically for alleviating sunburns, acne and many other issues concerning the skin.

Signs You Need to Undergo an Eye Exam