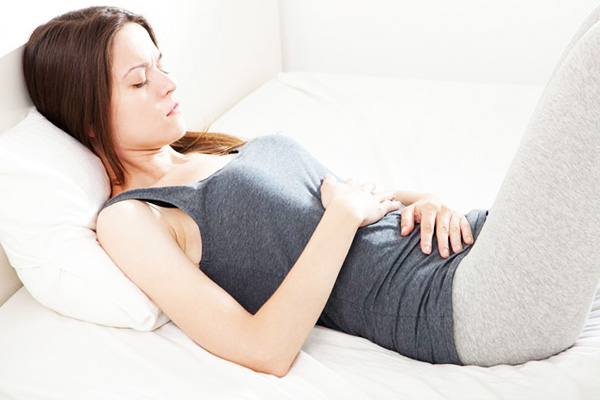 Women experience different symptoms during their monthly period. From mild to severe cramps all the way to heavy bleeding, heavy bleeding tends to occur in teens who are just starting their period but this doesn’t mean that adults can’t experience it too. The good news is that you can alleviate heavy bleeding with natural remedies like the ones found below.

Another home remedy that you can use to address heavy menstrual bleeding is to apply cold compress on the lower abdomen. The cold temperature can actually restrict blood flow in this area of your body thus reducing the amount of bleeding that you are experiencing. Another plus to using this solution is that it can also alleviate the pain that you are feeling even for a short time. Simply place a few ice cubes on a clean towel and wrap them up nicely. Press it on your lower abdomen for a few minutes.

Lack of magnesium can be a reason as to why you are bleeding heavily during your monthly period. This means that you need to up your intake of foods that are rich in this mineral in order to regulate your hormones. Avocado, nuts, dark chocolate and even seeds. If you are thinking of taking magnesium supplements, make sure that you consult your doctor first.

Another remedy that can help you deal with severe menstrual bleeding is red raspberry. The tannins present in raspberry can help strengthen the uterine muscles thus reducing cramps as well as bleeding. Get a tablespoon of dry red raspberry leaves and put on a cup of hot water. Allow it to steep for ten minutes. Strain the solution and drink it three times in a day. You should have this tea a week before your cycle and throughout your period as well.

Aside from magnesium, you also need to load up on foods that are rich in iron as it can help regulate your bleeding. Another reason why you should increase your intake of foods with iron is that it can prevent anemia from occurring. Dark green vegetables, liver, egg yolks, red meat, and cereals that are fortified with iron are a few examples of foods that are high in iron content.

Heavy bleeding during your monthly period can prevent you from doing your daily tasks. Aside from taking medications to reduce your bleeding, you can also take advantage of these natural remedies so that you will feel right as rain in no time.

Sourcedoctoroz.com
Previous article
Tips on How to Transition to Plant-Based Diet
Next article
Reasons for You to Include Mexican Sour Gherkin in Your Diet

Summer Beauty Hacks that You Should Know

Why Should You Take Fish Oil

The best ways to remove self-doubt

The Uses and Benefits of Olive Oil for Eyelash Growth

Tips on How to Look Your Best without Makeup