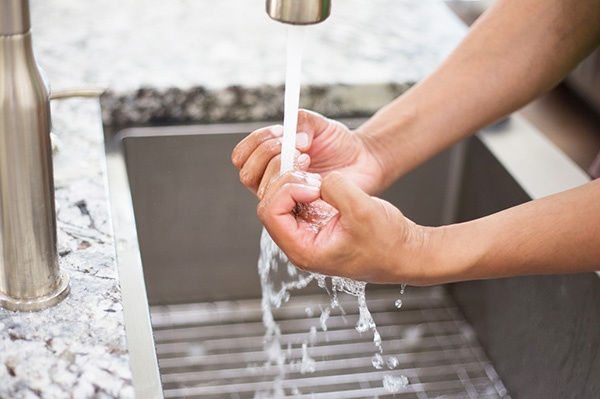 Here’s What You Need to Know About Bubble Hair Deformity

Types of Fat You Must Know

Even though it may look painful, having plummer’s nails does not typically cause any pain. In addition, most cases of it are not serious. Despite of what it’s called, anyone can end up with plummer’s nails and not just plumbers.

Medical experts refer to plummer’s nails as onycholysis. Such is characterized by the separation of the nail from the nail bed. More often than not, several different nails are affected at the same time. Unfortunately, the affected nails won’t reattach themselves to the nail bed they have separated from.

Because you don’t have to be a plumber just to suffer from plummer’s nail, it’s a good idea for you to keep on reading this article. Below you will come across some of the most important things you need to know about this issue concerning the nails.

The presence of plummer’s nails is commonly seen in plumbers as well as other individuals who engage in manual labor. That’s because the problem is usually the result of repeated trauma to the nails. It’s also usually observed in those whose hands or fingers are constantly wet or moist.

When the nails are subjected to trauma constantly, they tend to separate from the nail bed. Having plummer’s nails is actually also common among women who are sporting long fingernails. Each time they partake in physical activities that entail the use of their hands, their long fingernails serve as levers, resulting in their separation from the nail bed. If it’s your habit to tap your nails against a hard surface, then you are also at risk of having plummer’s nails.

In some instances, having plummer’s nails can be blamed on reaction to various chemicals found in nail products and household cleaners. At times it can be due to psoriasis, dermatitis and fungal infections. Health authorities say that plummer’s nails may also be brought about by nutritional deficiencies and thyroid diseases.

Knowing that you have plummer’s nails is rather easy because you will notice that your nails are no longer attached to the nail bed. The areas that have pulled away from the nail bed also tend to change in colors. Some of the possible colors are gray, white, green, yellow and even purple. Different plummer’s nails causes tend to cause different colors to strike.

Just like what’s mentioned earlier, plummer’s nails do not really cause pain although they certainly look painful. However, it still depends on the reason behind the problem. Some of the causes of plummer’s nails can also cause pain such as a nail infection.

If having plummer’s nails is due to repetitive trauma to the nails, there is really no need to treat the problem. All you have to do is to wait for the affected areas to grow out until such time they are completely replaced with new nails that are attached firmly to the nail bed underneath them. How long before the problem corrects itself depends on the rate of your nail growth. Generally speaking, it may take 4 to 5 long months before the affected nails are replaced entirely.

Skin conditions and fungal infections that cause plummer’s nails can be treated by means of some home remedies in order to keep the problem from worsening. There are also medications that a dermatologist may recommend for best results.

In some cases, having plummer’s nails is a sign that something serous is taking place within the body. It is recommended for a doctor to be seen in order to have the cause identified, which can be anything from issues concerning the thyroid to certain nutritional deficiencies.

Sourceabbeydesigncenter.com
Previous articleAre You Fond of Using a Hot Tub? You Might be at Risk of Hot Tub Folliculitis
Next articleTongue Cracks: Common Causes and Other Details

Essential Vitamins for Your Skin Health