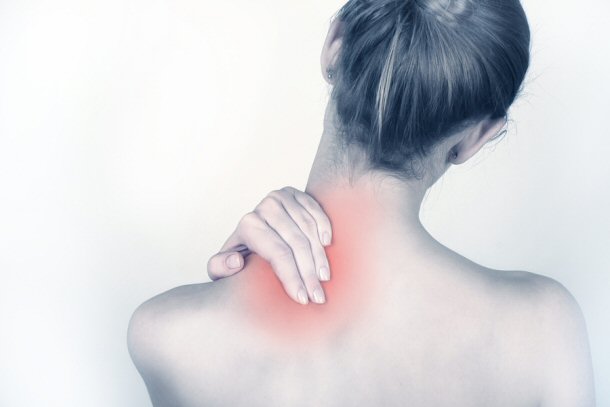 What Would Happen If You Added a Pinch of Turmeric to Everything?

Herbs for Your First Aid Kit

Luckily, advancements in modern science and technology have given way to many treatments for neck pains and pinched nerves. Simple home solutions like putting ice on the affected area to major medical surgical procedures can often alleviate neck pains and pinched nerves depending on the seriousness of the case, but more often than not, a case of these ailments are easily remedied. You can still consult a doctor otherwise.

Commonly, nerves can be pinched as they leave the spine through a herniated or dislocated disc or bone spur. These dislocations can sometimes be caused by spinal arthritis, or simply having a spinal related injury that dislocates some of the parts of the spinal cord. The carpal tunnel is also a common area where pinched nerves can occur, as the finger tendons and median nerves must travel through one bottlenecked pathway connecting to other nerves.

The person experiencing neck pains and pinched nerves can feel symptoms that include numbness in the legs and hands regardless of where the nerve is pinched. Sometimes, a pinched nerve in the lower area of the spine can radiate down the leg, and is often called referred pain by some doctors and medical experts. Muscle spasms can also occur in the spine and back area when nerves become pinched.

Pinched nerves can sometimes cause mild discomfort to no pain whatsoever in the affected areas, as well as numbness without pain. This is a common occurrence, and can often have the pain occuring later on if not at the moment numbness is currently happening. Delayed pain in the neck or scrapular regions are one of the mose common symptoms of pinched nerves, with many people who have pinched nerves having difficulties in pinpointing where exactly the pain can occur.

Other symptoms of a pinched nerve include numbness, neck pains, tingling feelings, itching, and increased sensitivity in affected areas. Burning sensations accompanied by shocking and hot or cold sensations are also common occurences when a person is diagnosed with a pinched nerve.

A pinched nerve can often have these symptoms get worse over time, so early diagnosis and treatment can help prevent ailments such as sensory and motor loss, as well as anemia and general weakness. There are many kinds of treatments for a pinched nerve, ranging from home solutions to doctor prescribed drugs and even medical procedures such as surgery.

A person can have many ways to treat a pinched nerve along with the neck pains that go with it. Most times, simply getting some rest or putting some ice on the affected area can alleviate a pinched nerve, saving both time and money which would have otherwise been spent in travelling and seeking advice from a doctor or other healthcare professional.

Other commercially available treatments to a pinched nerve include taking a hot shower, with the water focused on the affected area. Laying down on a bed with a bump on the pillow such as a rolled up towel placed under the neck can help to alleviate neck pains in addition to a pinched nerve. Handheld massagers can also be a great way to treat the area where a pinched nerve may be, and if not a handheld device, going to a spa to get a massage or relaxing treatment will also help ease the pain, as well as any other stress you may be feeling at the time.

Exercise and generally doing any physically strenuous task can be considered a universal treatment to many bone, muscle and nerve related diseases, ailments and disabilities. A range of stretches, motions and movements can help loosen up and relocate the spinal regions and nerves, particularly in the neck region and back areas. The unique endorphins released upon performing exercises may actually relieve pain, so take a light stroll if you feel you may have a pinched nerve.

Other self care options include over the counter drugs that can be had at your local drugstore, such as advil or aleve. Applying lotions such as Bengay or Vicks Vaporub on the affected areas can alleviate pain to a certain degree, and can often get rid of the pinched nerve entirely if done regularly. You may consult a doctor about recommended treatments to neck pains and pinched nerves in order to get a more reliable opinion to treating these ailments.

If all else fails, seek help from a trained physician or healthcare professional. The neck pains or discomforts experienced in other regions brought upon by a pinched nerve can sometimes persist for more than a few days, so if this is the case, seek help immediately. Other symptoms may appear with a pinched nerve, and can be warning signs for more serious ailments, sicknesses and debilitating diseases in not just your nerves, but other parts of the body. A trained healthcare professional may be able to help devise a helpful treatment plan to combat neck pains, pinched nerves and other symptoms.

The Benefits of a Cherry Diet

Are Your Favorite Foods Giving You Acne?