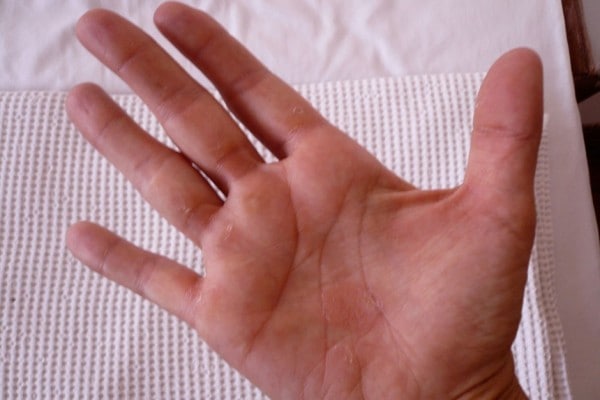 Those who lift hard know that hands will get calloused over time. Here are ways to smoothen them again.

If you believe that calloused hands are a sign of valour on the battlefield of weight training or if you just think they’re an annoying thing connected to your strength training regimen, calloused hands can have negative effects on your training itself.

Some experts believe that although calloused hands are symbols of strength and determination, they can be a hindrance for those new to the game.

But for those who frequent the gyms and always do routines such as a snatch and clean, callused hands are a sure thing. Check out the ways to take care of these calloused hands.

Avoid the use of gloves.

Although it’s true that a glove is a hand-saver, you should know that equipment created and sold that would stop hands from getting callused, also has the potential to ruin your training.

Experts say that using them can get in the way of practicing with proper technique, with the kettlebell routines given as a prime example. They believe that lifting can be stronger without the gloves.

Try to chalk your palms instead prior to lifting. But use only as much chalk as you need. It isn’t cool when people leave a lot of chalk on the floor.

Don’t scratch your calloused hands – ever.

You might be tempted. Who hasn’t? And they may be scratched off quite easily. But even so, don’t. Scratching or rubbing them off will only make it harder for you.

When you pull, stretch, scratch or rub a callused hand, it only adds to the thickness of the callouses themselves. That’s if you’re lucky. In some instances, scratching them might cause open wounds and bleeding which require immediate treatment. Nobody likes to use gym machines with blood smeared all over them.

Bloody calloused hands are not signs of toughness or machismo. It just means you couldn’t resist the urge to literally scratch that itch.

Fortunately, getting rid of callouses takes considerably less effort than creating them.

Try soaking them first in warm water for fifteen to thirty minutes. You can also mix in salt with the water to speed up the process.

Now that you have your hand all soft and dandy, try gently grating off the callused skin with pumice stones or microplanes. Do this with great care since if you go deep, you could end up bleeding.

The next step is the application of a moisturizer or lotion to prevent the skin from losing water.

Apply moisturizers or lotions with chemical exfoliants after a bath. Do this twice a day to bring back the smoothness in your skin.

It will take a couple of weeks, but your skin will definitely get smoother.

Previous articleSickness That Occur During Winter
Next articleYoga: Oils Your Gears Efficiently and Gently Prior to Running Exercises

Are You Using Facial Wipes Correctly? Here’s What You Need to Know

How to Cure Acidity Naturally