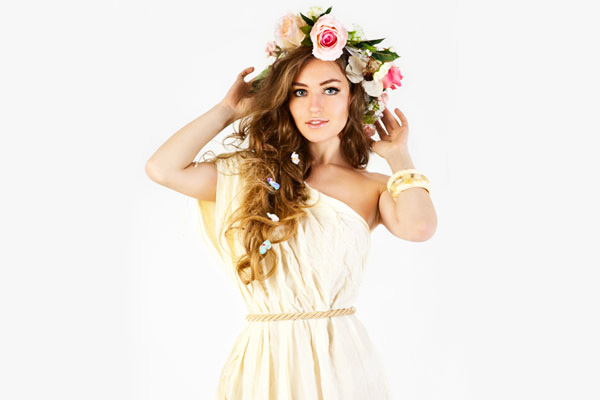 5 Reasons Why You Need More Asparagus in Your Life

Do you want to look like a Greek goddess? Then it makes perfect sense for you to consider incorporating some of the best beauty secrets that ancient Greek women employed into your beauty routine.

But don’t think that just because their tried and tested methods for looking phenomenal are already very old doesn’t mean that they will no longer work these days. The truth is the beauty secrets of ancient Greek women are actually perfect in this day and age, a time where there are lots of cosmetic products on the market containing toxic chemicals!

Excited to look your best using all-natural methods? So without any more ado, let’s take a look at some of the things that women from ancient Greece did in order to look timeless:

Ancient Greek women had a marvelous solution to pimples, acne, rashes and other skin problems that could have quickly robbed them of their beauty: honey. A little honey applied on problem areas allowed beauty-conscious women from Greek in the years gone by to achieve big results in no time.

But in order for you to achieve the same wonderful results that ancient Greek women had with honey, it’s important for you to get your hands on honey that is raw and organic.

They Applied Olive Oil to Ward Off Wrinkles

Olive oil was regarded by ancient Greek women as a super effective anti-aging serum, and that’s why they applied it on a regular basis to keep at bay the formation of wrinkles.

Also Read   Pros and Cons of Coffee in your Diet

The superb moisturizing properties of olive oil make it an excellent skin moisturizer, which is something that delayed the formation of wrinkles. Also, you may count on olive oil to make already-existing wrinkles less visible. After removing your makeup at night, apply a very thin layer of olive oil on your face for deep moisturizing and repairing as you sleep.

They Scrubbed With Sea Salt to Remove Dead Skin Cells

It is said that women from ancient Greece loved their skin to be pale and flawless. So in order to keep their complexion radiant, they regularly exfoliated their skin with sea salt. Other than scouring away excess dead skin cells, sea salt also supplied the skin with loads of minerals.

You can especially count on sea salt for dealing with darkened and rough areas of the body such as the elbows and knees. Mix it with coconut oil or olive oil to whip up an all-natural skin exfoliant. If you intend to use it on your face, do so with great, great care. Also, do not exfoliate your face more than twice a week.

They Employed Almond Oil to Beautify Their Hair

Various oils were used by ancient Greek women for beautification. But when it comes to attaining the perfect mane, they left the job to almond oil which is loaded with fatty acids that are good for the hair.

Back then, women from Greece had no lipsticks. So in order to make their lips appear red and luscious, they simply used mulberries to have their lips stained with a lovely crimson color. The same method was also used by ancient Greek women to make their cheeks appear rosy.

It is said that mulberries were mixed with seaweeds and the petals of certain flowers in order to come up with lip stains and blushers that stayed on for longer periods of time.

Sourcegreece.greekreporter.com
Previous articleExercises for Sexy Arms and Shoulders
Next articleAre You Obsessed With Beauty Products? Here are the Signs

How to Cut Processed Foods from Your Diet

How to Resist Temptation and Eat Healthy When Eating Out

Will You Lose Weight by Switching to Artificial Sweeteners?

Tips on How to Save Yourself from a Bad Hair Day

Essential Oils That Can Reset Your Hormones